The Sri Lankan stock market witnessed a decline in 2018, with the ASPI declining -5% to 6,052 points , whilst the more liquid S&P SL20 fell -15% to 3,135 points - steepest decline since 2011 (vs. gains of +2% and +5% respectively in 2017). Downward movement of the ASPI is primarily on the back of price declines recorded by index-heavy blue chip Banks, Finance and Insurance (BFI) stocks, coupled with a dampening of investor sentiment stemming from sharp currency depreciation witnessed during the latter part of the year.

The stock market is expected to face near term pressure from the anticipated upward movement in interest rates, on the back of the money market remaining in deficit territory for most of 2019E. Further, finance company FD rates have witnessed a sharp rise in early 2019, which will impact the opportunity cost of equity investing in the near term.

Meanwhile, the LKR is expected to be under pressure in the near term, at levels above the average annual depreciation rate of the past decade (though at a lower level than witnessed during the latter part of 2018). Average LKR is forecast to depreciate 7% and 8% to a Y/E external value of Rs.195/US$ and Rs.210/US$ in 2019E and 2020E respectively.

The GoSL has set its sights on attracting US$3bn worth of Foreign Direct Investment (FDI) in 2019E, and is focused on accessing larger markets through free trade agreements with India, China and Singapore.

2019E is expected to witness two important election periods; the delayed Provincial Council elections and the Presidential election. Details pertaining to the exact timeline of these elections are expected to follow the National Budget 2019 (set to be presented in Parliament on 05 March 2019).

Given its poor performance at the Local Government election in Feb 2018, the United National Party (UNP) is expected to resort to populist measures to turn voter sentiment in its favour.

Given the current uneasy co-existence between political leaders and the major political parties, political risk continues to remain at elevated levels.

IPO activity remained limited in 2018, with only 2 equity listings during the early part of the year. Given the current low valuations, and limited local interest, IPO activity is likely to remain subdued in 2019E.

Given the political uncertainty and rising interest rates, the market activity of local state institutions is expected to be limited in 1H2019E; the Employee Provident Fund (EPF) had in late-Aug 2018 indicated of its return to the stock market – The EPF withdrew from stock market trading following investigations into controversial bond trades in 2015. Whilst the potential divesture of GoSL stakes in the Grand Hyatt and Hilton [Hotel Developers (Lanka): HDEV] as indicated previously may boost market activity, the same would also be challenging due to the upcoming elections.

MSCI FM and EM Indexes have witnessed a decline, falling -15% and -17% respectively in 2018 (vs. a +32% and +37% growth in 2017), primarily believed to be on the back of subdued investor sentiment stemming from ongoing trade tensions between the US and China. Meanwhile, a less hawkish monetary policy that is set to be adopted by the US Federal Reserve in the near term is expected to assist equities in 2019E.

Whilst Sri Lanka ranks low in scale and liquidity amongst other frontier markets, it can be seen as a market which offers relative stability and growth to investors. Further, the Sri Lankan market remains relatively insulated to market pressures, on account of a low correlation with global emerging markets.

Forward market valuation of 9.5X for 2019E is at a discount to a majority of regional peers, on the back of an expected earnings growth of +12% YoY. Select key stocks, particularly in banking, consumer and export-related sectors offer relatively attractive valuations, backed by strong earnings growth prospects.

Whilst the overall market performance is likely to remain subdued in 1H2019E, opportunities for possible M & A plays cannot be ruled out in the near term. A relative improvement in political stability in 2H2019E or 1H2020E would result in a clearer economic outlook over the medium term acting as a catalyst for attracting investments, and thereby help re-rate market valuations. 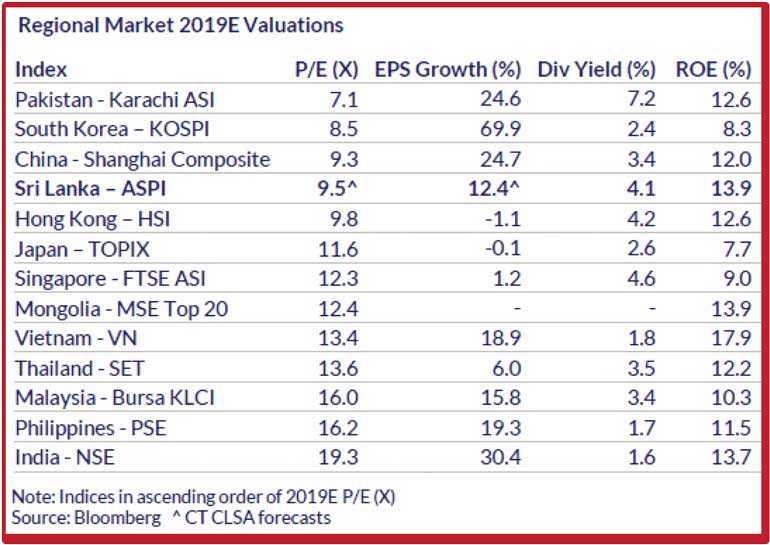 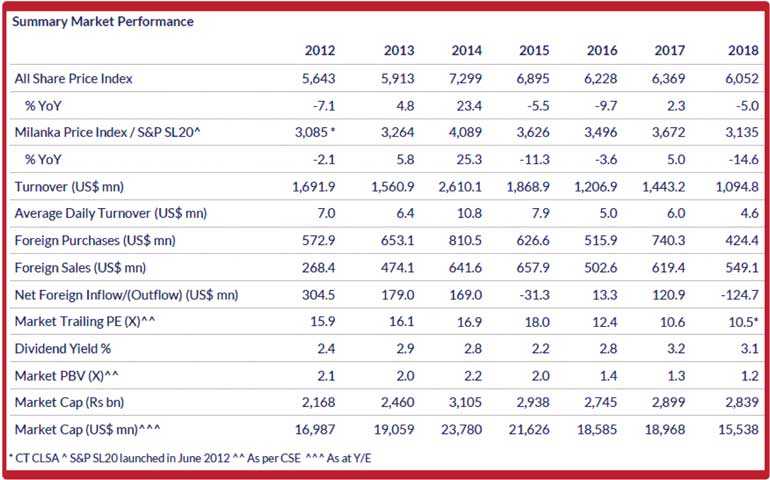 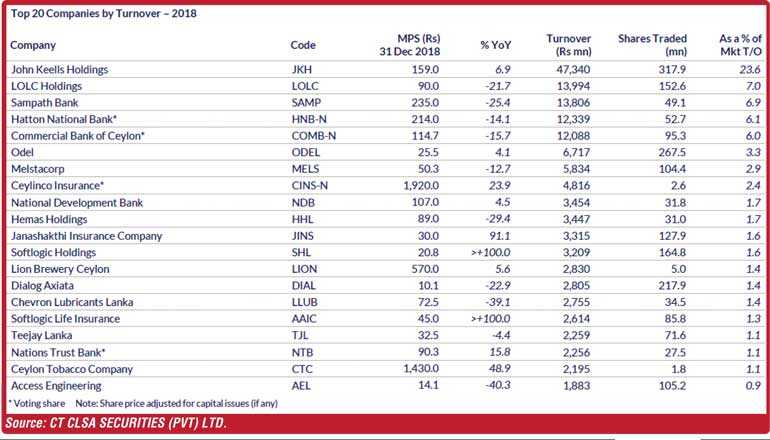 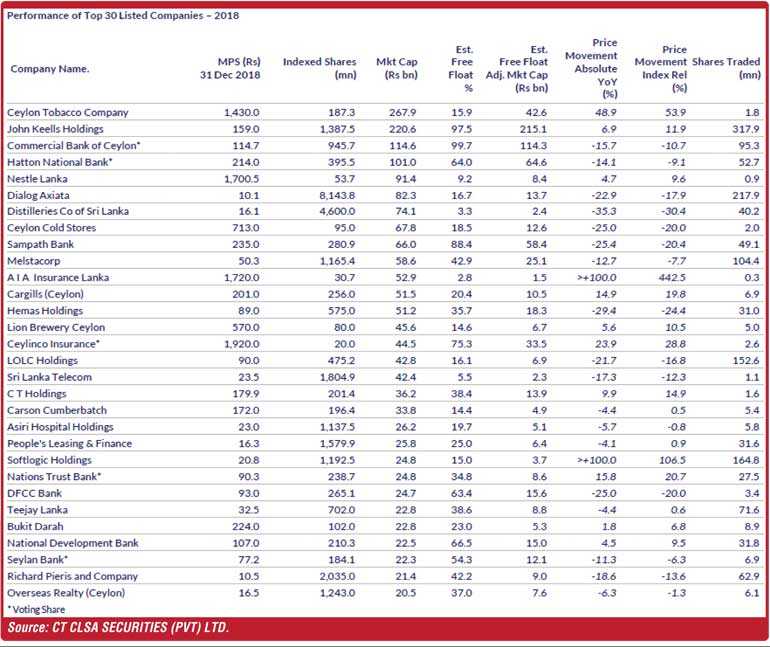 EIU forecasts SL’s growth to be below 5%