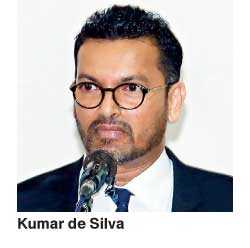 The annual Prize Day of Wesley College Colombo will be held at 4:30 p.m. on Thursday 14 June in the Main Hall under the patronage of the Bishop of the Methodist Church Revd. Asiri Perera, and Principal Avanka Fernando.

The Chief Guest will be one of Wesley’s distinguished old boys Kumar de Silva.

De Silva had both his primary and secondary education at Wesley College and was the winner of Wesley’s coveted ‘Hill Medal’ for academic excellence in 1980. He then graduated with an Honours Degree in English and French from the University of Kelaniya, where he subsequently lectured at the Department of English.

De Silva has been knighted by the Government of France as Chevalier in the Order of Arts and Letters (Chevalier dans l’Ordre des Arts et Lettres) for his longstanding contribution to the propagation of the French language and culture in Sri Lanka.

Last November Wesley College was honoured to have Kumar de Silva deliver the inaugural ‘Shelton Wirasinha Oration’ in honour of one of Wesley’s legendary Principals and the second longest serving Principal after Revd. Henry Highfield.