Improving the level of students’ language proficiency is a Govt. priority 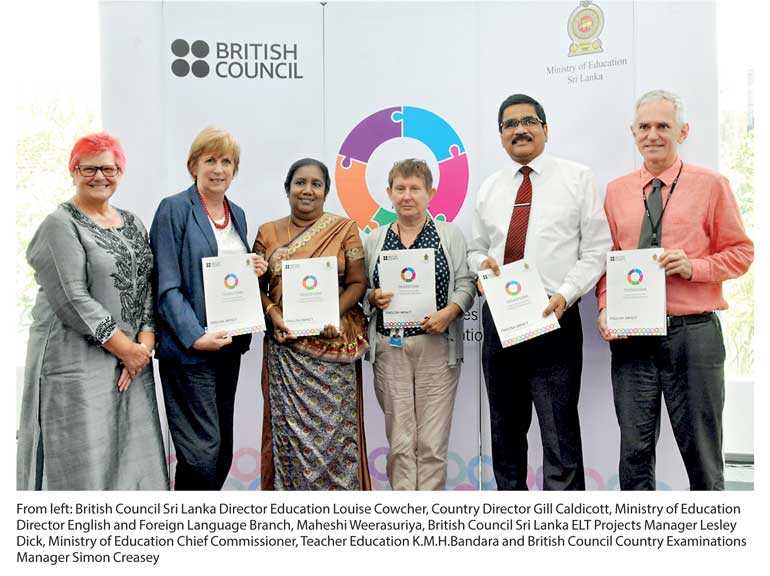 In regards to a recent study conducted by the British Council and the Ministry of Education several experts highlighted the fact that English is key to proficiency; hence improving the level of students’ language proficiency is a Government priority.

Ministry of Education English and Foreign Languages Branch Director of English Maheshi Weerasuriya said: “English is generally seen as a vital skill for our young people to have. We want our young people to be able to have access to a bright future, gaining employment that they find stimulating.”

She stressed on the fact that English is very important for the future, giving its role as the global language. Analysis of the results of national O/L and A/L examinations in English has however indicated that the level of language proficiency is not as high as it needs to be, noted Weerasuriya.

“We see proficiency in English as not simply being the subject of a national examination but as a living transferable skill. It is not enough for the person to know grammar of English but for them to be able to use the language for other purposes in the work place and in the society as well,” she added.

The survey conducted by the two parties evaluated the English language capabilities amongst students in schools across Sri Lanka while studying approximately 1,734 students from the 11th grade of 148 Government funded schools for a period of one year through the British Council’s Aptis for Teens English Language assessment.

While all the students were those studying English for 90 minutes a week as part of the school curriculum, it was proved that they weren’t up to standard in terms of proficiency. Of the four language skills, listening scored the highest with an average of 23.6% while reading and speaking were found the most challenging.

Over half of the participating population, 58% achieved A1 CEFR level in the assessment with almost 30% achieving A2 level.British Council in Sri Lanka Director of Education Louise Cowcher stated: “Knowing English is not just about grammar, pronunciation and vocabulary but about the skills of listening, speaking, reading and writing. These affect the students themselves as they will want to use English in their future lives. So proficiency is important.”

She also emphasised on the fact that English is often seen as a social benefit for most people across the world and is a key enabler to do other things in terms of higher education, employment or even when it comes to global communication.

Participants were additionally asked to answer a questionnaire delivered in Sinhalese and Tamil pertaining to their socio-economic and educational backgrounds as well as their motivations for acquiring a proficiency in the English language which proved that all the tested students had the urge to study the language.

Key findings in the report also highlighted that female students outperformed their male counterparts in all assessments while they were also found to have greater confidence in their ability to learn the language.

There is a distinct co-relation between socio-economic status and English language learning motivation, noted the survey as students from more advantaged backgrounds were found to be greater inclined to study the language than those from less advantaged families.

Poor proficiency in English skills can negatively affect a young persons’ ability to get a job and on a national scale will greatly hold back economic prosperity when competing for business on a global stage, highlighted the survey, giving more reasons for the Government to consider the language as a key priority.