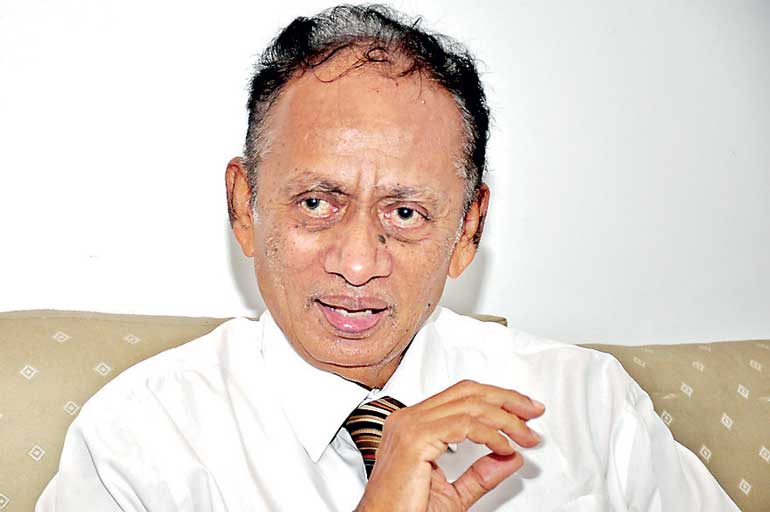 The Jaffna peninsula is set to get its first-ever star class hotel, as Jetwing Hotels and Mercantile Merchant Banking Ltd. (MMBL) together near completion of Jetwing Jaffna, a Rs. 1 billion 3+ star hotel with 54 rooms and two suites, expected to generate employment and various other opportunities to the local populace starting January 2016.

Yarl Hotels Ltd., a company set up solely to oversee the project, is scheduled to go public as soon as operations begin, at a price that has yet to be determined.

With the official opening of the hotel little more than a month away, the Daily FT caught up with senior businessman and Yarl Hotels Independent Director/Chairman Rajan Asirwatham on the projected economic dividends of the hotel for the hitherto neglected people of an entire province ravaged by nearly three decades of war. 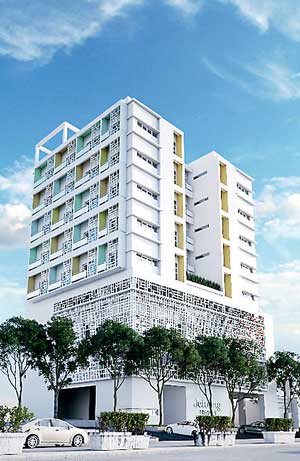 According to Asirwatham, the hotel is being constructed on a plot of land of about 47 perches acquired by the late Economist N.U. Jayawardena in 1975, in close proximity to the iconic Clock Tower near the esplanade as well as the Jaffna Fort.

“At that time not many people were investing in Jaffna, but [Jayawardena] had the vision and he had bought that land right in the heart of the town,” said Asirwatham.

Following the end of the war in 2009, there were plans to construct a hotel on this land and, according to news reports at the time, the initial plan had been to construct a 12-storey building with 76 luxury rooms to be completed in 2013. Unfortunately, however, bureaucracy got in the way of that.

One might think this was due to security concerns, but according to Asirwatham’s account, the real reason was far less interesting.

“They spoke to a few of the big hotel companies. Jetwing showed a lot of initiative, and they came in and made applications to the Tourism Authority. In Jaffna you need to get approval from a number of sources – the Urban Development Authority (UDA), the Provincial Council, Water Board and Electricity Board; they’re simply not used to giving approval to such large-scale projects,” he explained.

The first problem encountered was via the UDA, which, according to Asirwatham, had never given approval to a project that exceeds four storeys in Jaffna. After much negotiation, the number of floors had to be brought down from 12 to seven.

“And then the Water Board said they couldn’t supply water to such a place. There isn’t enough water for the citizens of Jaffna, they told us,” he said.

None of this was deliberate, Asirwatham was quick to point out. “They were just not used to it,” he said.

Final approval for the project came in August 2013 – after a three year wait – and construction began in February the next year.

The hotel was constructed by Sanken Lanka, employing local labour wherever possible, in line with designs provided by architect Suranjith de Silva. The idea was to blend into the background and, at same time, stand out from the crowd.

“It’s gelled with Jaffna architecture. Not something too modern that sticks out like a sore thumb,” said Asirwatham.

Four partners have invested in the hotel, with Jetwing Hotels and MBBL having equal stakes in the project and Regency Teas and Lebara Mobile also coming in, altogether supplying Rs. 500 million of the total investment. The remaining 500 million, according to Asirwatham, was raised via loans.

Interestingly, Asirwatham himself has no financial stake at all in the project.

Jetwing Jaffna hopes to recruit as much of its in-house staff as possible from the country’s north. According to Asirwatham, 48 youths, male and female, either from Jaffna or Mannar, have received training at a hotel school in Karainagar set up by Jetwing Hotels, with the assistance of the Ministry of Youth Affairs.

“We’re doing everything possible to help the people of the north and 42 of these youths have finished training. They’re now all working at Jetwing hotels around the country. In January, when this project is complete, they’ll go back there. The advantage is that they learn something; they mingle with the people with the south; they work with them. Then they will know that things are not as bad as they’re made out to be,” he said.

The newly-trained employees, from stewards to middle management level, it is expected, will maintain the same standards of quality and service when they start work at Jetwing Jaffna. They can then go on to study for a degree in hospitality at the Jaffna University, similar to the HNDE program.

“Eventually they end up with a degree in hospitality. That opportunity is there. There is even scope to reach upper management levels,” said Asirwatham.

When it comes to big corporate entities from the south setting up shop in the area, there is a certain amount of resentment from the locals that, said Asirwatham, that the money made there will be shipped to the south, with no real benefit to anyone in the north.

“The main objective here is to send people a message: that things are not so bad, it’s a win-win situation. You can interact with the best from the south. Employment is generated. Local produce will be helped,” he said.

It is for this very reason, said Asirwatham, that a firm decision has been made to go public as soon as possible.

“People in Jaffna can also buy shares. Otherwise there will be resentment that someone put up a hotel and took the profits to Colombo. It’ll be listed on the stock market, and people there can buy shares,” he said.

All the produce for the hotel will be bought from the local markets, from vegetables to seafood, unless it’s unavailable. According to Asirwatham, they will be able to cut down on transport costs and, at the same time, encourage growth in local industry, helping the economy.

Jetwing Jaffna will primarily target Sri Lankan expats coming down for the holidays. Asirwatham believes that the hotel will provide the kind of comforts this particular demographic has come to expect from a hotel and, as the only star class hotel for miles around, it is likely to attract customers who are looking to spend money. This will be in addition to the foreign tourists and southerners who visit Nagadeepa and other sites in the peninsula.

“Jaffna is not on the map. There are plenty of hotels for tourists on the west coast, down south, east coast (Pasikudah), Trinco, Habarana and Dambulla. But that’s not the case in the north. Now, you can include Jaffna in the tour. The north has, so far, been a bit difficult for them to reach. When they know there’s a new hotel with all the modern conveniences, they’re more likely to make the trip,” he said.

Jaffna cuisine and other delights

Another thing area the hotel is targeting is authentic Jaffna cuisine, which a lot of Sri Lankans, especially from the south, seem to have developed a taste for.

Right next door to the hotel is the Cargills shopping complex, which doubles as a supermarket and entertainment lounge, complete with its own cinema.

“Today there is virtually nothing you can’t get in Jaffna,” said Asirwatham.

The new and improved Jaffna

Jaffna, says Asirwatham, has a uniqueness of its own – from its numerous sites of historic and cultural significance and its inherently studious youth.

“Traditionally, Jaffna people are very studious. The only concern is that the present generation is changing. Those days it was all ‘study, study, study.’ Now with all these attractions like karaoke bars and motorcycles, all that could not be as strong as it was, but hopefully it’ll come back,” he said with a chuckle.

From a marketing point of view, for Jetwing Jaffna, the idea is for people to come and see an area that has, for the better part of 30 years, has been largely neglected.

What does this all mean for reconciliation?

Asirwatham is hopeful that meaningful reconciliation is around the corner, and that projects such as this will go a long way in ushering in a new era of peaceful coexistence.

“When people from the south go to Jaffna, they realise the people there are good-hearted. If they had any negative mindset before, it is more than likely to change. And the locals, in turn, when those from the south come and buy stuff and talk to them, they too will make that same realisation. Everybody at the market, for example, is bilingual. They understand that that improves their business. It’s beneficial to both sides,” he said.

Asirwatham does not believe that a return to hostilities is every likely to happen again.

“There is hope that it won’t rise again. For that you need the support of the local people, which I doubt very much they’ll be able to get. People have gone through enough. I don’t think there is one family there that has not lost somebody to the war,” he said.

There is, however, the question of military presence in the district.

“It’s good if it can be reduced. But to be fair, from what I have seen, they don’t interfere. People go about their business. Their presence can be observed, but they don’t stop people and ask ‘What are you doing? Where are you going,’ etc., except in the high security zones. Otherwise, they don’t interfere,” said Asirwatham.

Reconciliation is a slow process, he concurred, but things are definitely changing for the better.

“My grandsons love going there. There is no interference from the Army. People go about their business; transport is good; the roads to Jaffna are superb; the train is very comfortable. Sometimes it takes longer to go to Dambulla or Sigiriya. It’s definitely improving. People are starting to realise that that we are all one country,” he said.