The country’s biggest international sporting event, So Sri Lanka IRONMAN 70.3 Colombo, is ready to officially kick off on 24 February. The second edition of the event is slated to increase engagement and attention for the country, some of the key benefits of hosting an event of such magnitude in Sri Lanka. The competition will see the participation of over 739 athletes from 58 countries, with another 899 friends and family accompanying the foreign participants to Colombo.

Furthermore, the So Sri Lanka IRONMAN 70.3 Colombo Expo is scheduled to take place from 21-24 February at the Lotus Ballroom of Shangri-La Colombo. The Expo will showcase local and international sports, health and wellness products and services to the IRONMAN 70.3 participants as well as the general public.

“Our goals in bringing the IRONMAN franchise to Sri Lanka last year were to establish the country as a viable destination for sports tourism and outdoor recreation, while encouraging Sri Lankans to get more involved in physically challenging activities. We were delighted with how the event unfolded last year, and with the response we received from locals as well as the foreign participants, most of whom were travelling to our sunny shores for the first time. This gave us the motivation and determination to continue with the second edition of the event this year. The team is working tirelessly to make sure that all participants have a great triathlon, while enjoying true Sri Lankan hospitality,” said Pro Am Serendib Director Yasas Hewage. Last year saw a majority of the athletes travelling to Sri Lanka with friends and family, and reports show that over 70% of them stayed back to tour the country after the race. Over 50% of foreign participants and their travel companions stayed at either four or five star hotels, while the rest opted for non-traditional accommodation such as Airbnb. The average amount spent in Sri Lanka by each of foreign athletes on food, accommodation, internal travel and leisure activities was Rs. 485,000 per athlete.

The top five participating countries in So Sri Lanka IRONMAN 70.3 Colombo are India with 94 triathletes, Great Britain with 55, Australia with 40, France with 34 and Japan with 24. Some of the other nations that will be represented at the triathlon are USA, Malaysia, Singapore, Germany, Russia, Maldives and Sri Lanka. The average age of this year’s athletes is 38, with the oldest participant being 76 years of age and the youngest a mere 18 years.  A significant majority of the participants are male, with women constituting 24% of the total number of athletes. This year, IRONMAN is encouraging women’s participation in the sport and have allocated 25 slots from Sri Lanka exclusively for women that finish first to take part in the 2019 IRONMAN 70.3 World Championship, Nice, France.

“At Pro Am Serendib, we want to encourage Sri Lankans to get up, get out and physically challenge themselves more. Organising endurance sporting events such as So Sri Lanka IRONMAN 70.3 Colombo not only creates awareness for the country on a global level, but it also gives our own people the opportunity to push themselves and feel the true rewards of physical achievement. Having realised that the number of female participants needs to increase for future events, we are organising an ‘in conversation’ with IRONMAN great Julie Moss at the Kingsbury Hotel on 21 February, to encourage and inspire more women to get involved in endurance sports,” added Pro Am Serendib Director Deshabandu Julian Bolling.

The race begins with a single-loop, 1.9km swim starting at the beach adjoining Galle Face Green, followed by a flat and fast 90km bike course and a 21.1km run course that offers scenic country views and a fantastic finish in front of Galle Face Green. This year, the bike course would be extended to Janadhipathi Mawatha, Sir Baron Jayatilaka Mawatha, York Street and BOC Mawatha. The run course will be extended up to Kollupitiya junction by making it more spectator-friendly, the main aim of this year’s the event is to focus on enhancing athlete and spectator experiences with a spectator-friendly course design.

“An event of this magnitude requires the support and commitment of a large number of partners from both the public and private sector in order to be a success. We are grateful to all organisations that have come forward to make So Sri Lanka IRONMAN 70.3 Colombo a reality. From the Ministry of Tourism Development, Wildlife and Christian Religious Affairs and the Ministry of Telecommunications, Digital Infrastructure, Foreign Employment and Sports, who have been pillars of strength to IRONMAN 70.3 Colombo throughout, the Ministry of Defense for their constant support, the Sri Lanka Ports Authority that have once again been so kind as to open up one of Asia busiest ports for the race, the Colombo Municipal Council which work closely with us to ensure Colombo looks beautiful for all coming down for the race.

“We are also grateful to the over 500 volunteers and 300 strong police force who will come together to ensure the event takes place smoothly and safely. The triathlon is a great opportunity for Sri Lanka to showcase her warm hospitality, her cheerful spirit and moreover, her ability to host large scale international events of this nature,” said Pro Am Serendib Event Director and Director Rajan Thananayagam. 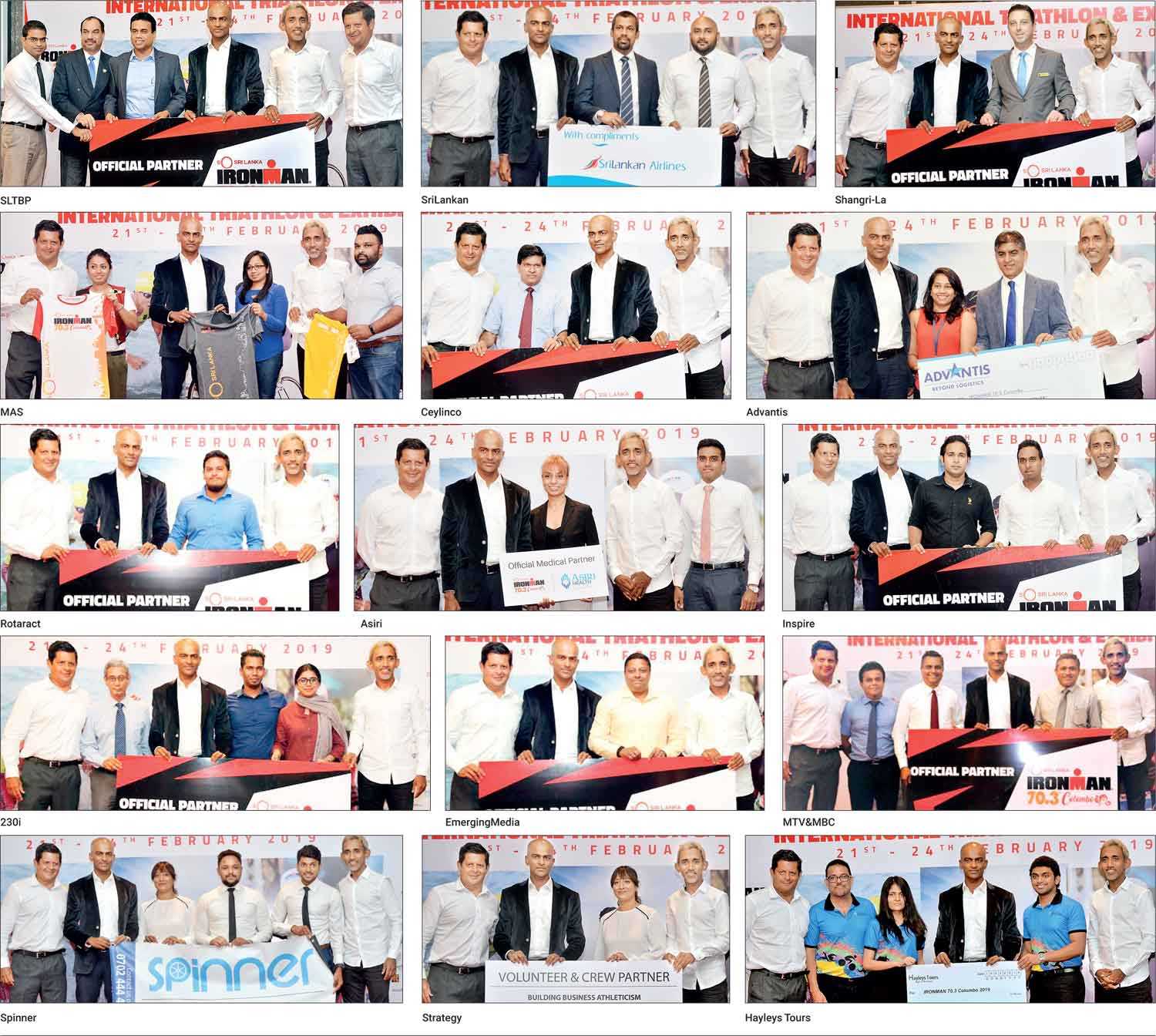