Sri Lanka Tourism Promotion Bureau (SLTPB) hosted a press tour for a delegation of high-profile journalists from prominent media houses in India, who arrived in Sri Lanka in order to promote the island as one of the best and the safest tourist destinations that offers a wide variety of travel opportunities.  Their tour ran from 28 August to 2 September, exploring Sri Lanka’s various cultural and natural resources. This media crew was further recommended by the Sri Lankan Consul General’s office in Mumbai. The group consisted of journalists from Lonely Planet India, The Times of India, Loksatta, The Indian express Ltd., Sakal Papers Ltd., National Geographic Traveller India, Lokmat Media Group, Mumbai Messenger Newspaper, Indian Express and Maharashtra Times Online.

The main objective of this visit was to give the Indian media a first-hand experience of Sri Lanka’s attractions and diversity after the 21 April Easter Sunday attacks.

The media delegation also met the Minister of Tourism Development, Wildlife and Christian Religious Affairs John Amaratunga at the Ministry of Tourism. They held discussions with the Minister and gathered important information regarding the security situation and new projects implemented to encourage more tourist arrivals.

The tour included places such as Colombo, Bentota, the Lunuganga Estate and the city of Galle. Visits to the Udawalawe national park, Nuwara Eliya, Kandy and The Temple of the sacred Tooth Relic were also key sites on the tour.

Some of the Indian journalists expressed their impression of Sri Lanka as an amazing destination with much to explore. Lonely Planet India’s Samarphan Bhowmik said, “There are many things I noticed on my first trip to the island country. First and foremost, the warmth exhibited by Sri Lankan people. At the same time, security checks (at airports or on road) weren't so cumbersome to deal with that it would put tourists off. A great balance between security and openness. The natural beauty of the country is quite breathtaking, I have not seen such colours of the ocean before. From the beaches to the mountains, I would ideally spend more time exploring the country and getting detailed insights, things that aren't always evident on a quick visit.’’

The Indian Express’s Mayura Janwalkar commented, “Sri Lanka is a country that has great tourism potential. Its sea shores and beaches are already popular but its hill stations also hold great promise. The people of Sri Lanka were warm and hospitable in every part of the country we visited. And I think Sri Lankan food can go places if tourists coming to Sri Lanka get access to Sri Lankan farms and kitchens. All in all, it was great visiting Sri Lanka and I do hope to be back some day, hopefully soon.  ‘’

Sri Lanka has seen 269,484 Indian tourist arrivals up till August and will be expecting many more this year.

At the Lunuganga estate

Journalists posing for a group photo with the SLTPB officials 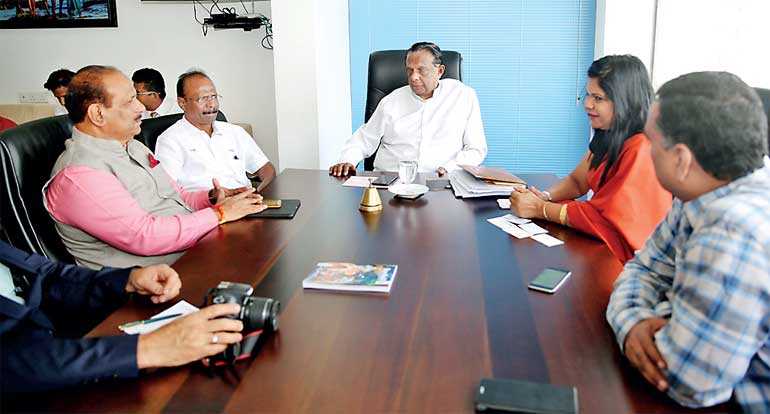 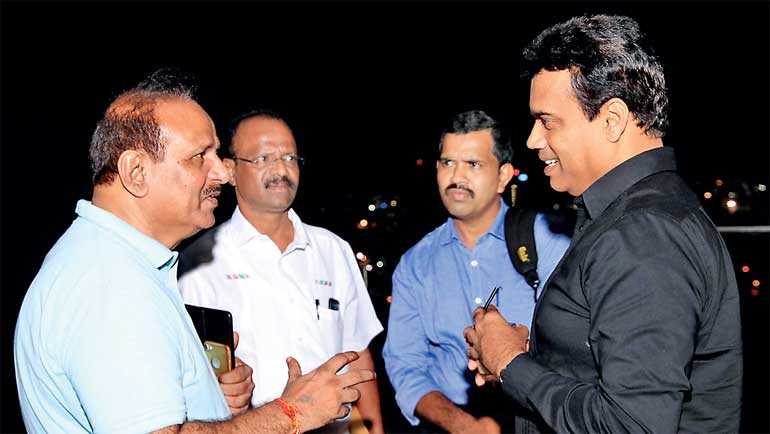 An Indian journalist in discussion with SLTPB Chairman Kishu Gomes 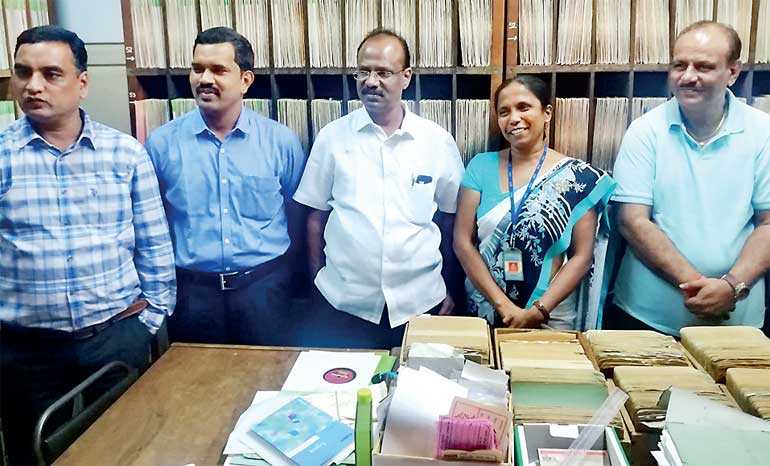