Largest group of tourists since terror attacks arrive in SL 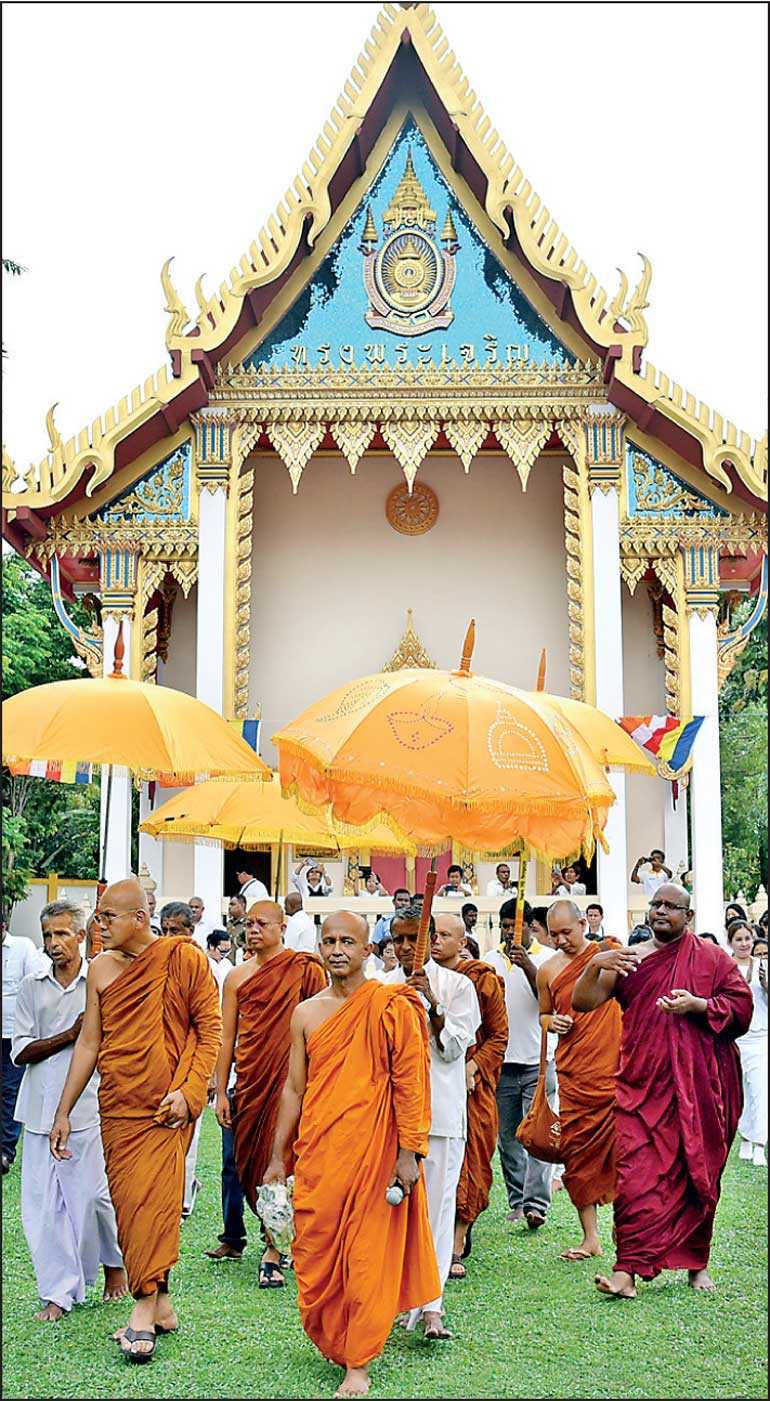 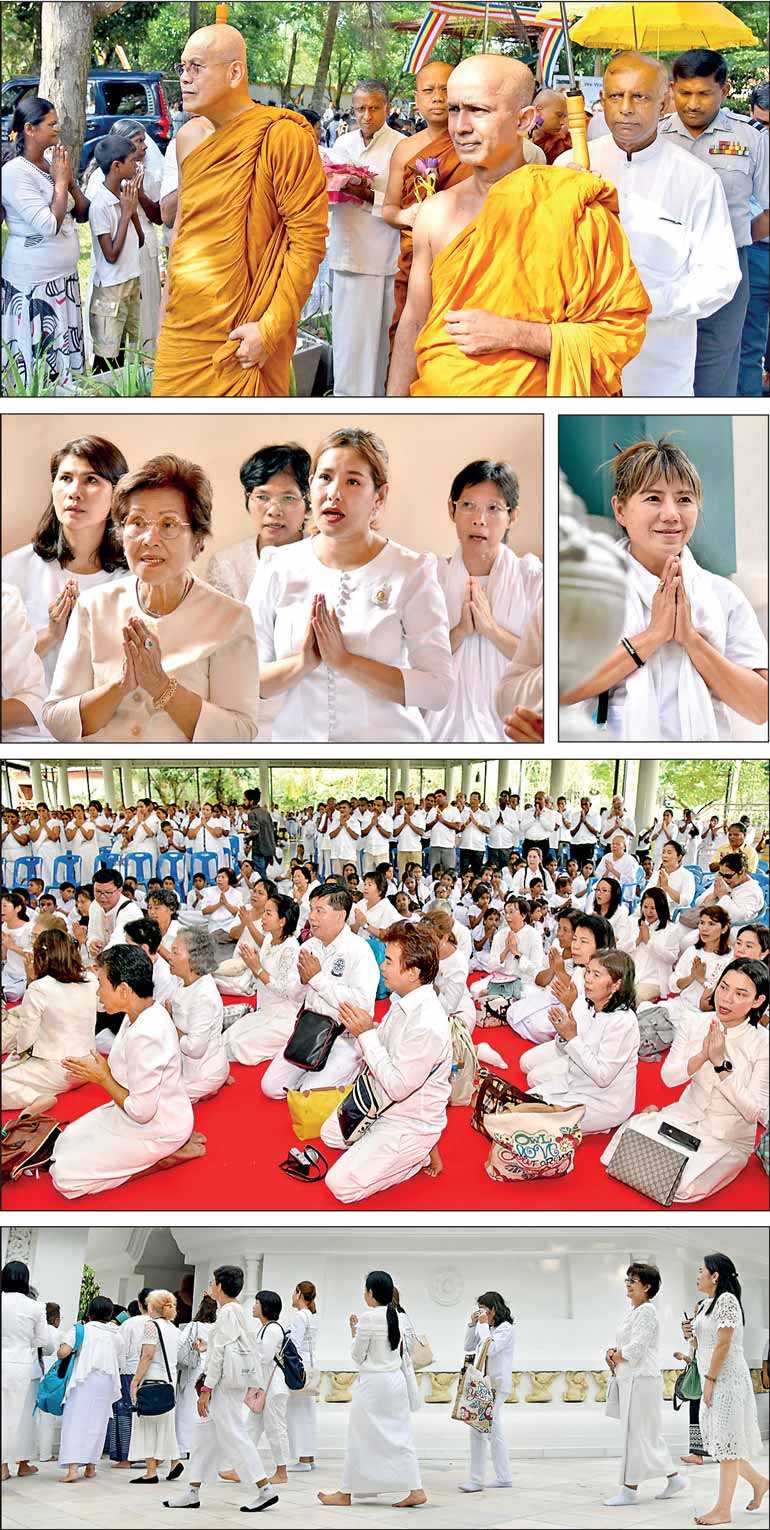 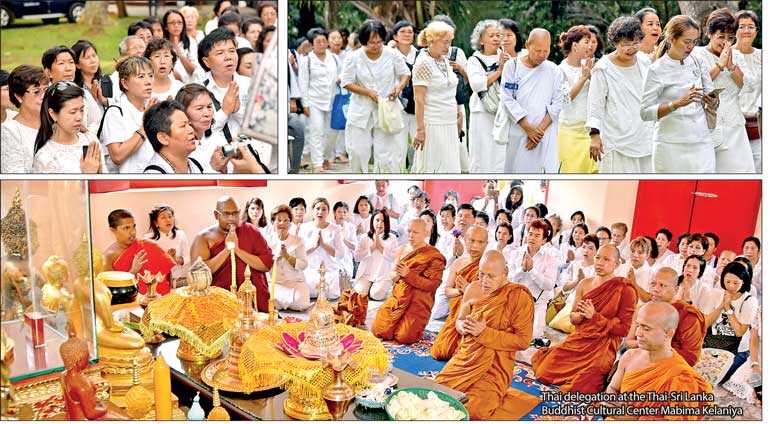 Eighty Thai tourists arrived in Sri Lanka this week, becoming the largest group since the Easter Sunday attacks to travel around the country, bolstering hope that the industry is starting to revive from the steep slump it experienced last month. 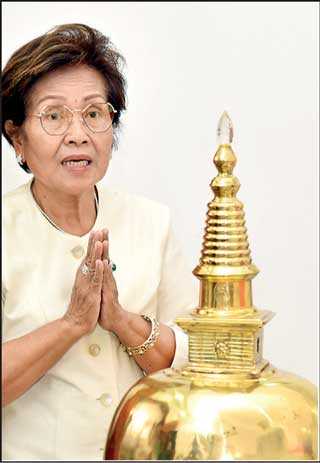 The group of Thai tourists were brought down by Bernard Tours in collaboration with the Tourism Promotion Bureau on 21 May to mark one month since the Easter Sunday attacks. The 80 Thai pilgrimage tourists included Maheyong Monastery Chief Prelate Ven. Phra Bhawana-Khemakun and four other monks. The tourists took part in a donation ceremony of Buddha statues organised by Ven. Rassagala Seewali Thero of Thai Vihara at Mabima in Kelaniya on Tuesday.

“We collaborated closely with Ven. Rassagala and the Thailand temple in Kelaniya. We managed to get this group together just one month after the attacks. As a government body, the Tourism Promotion Bureau gave much support. But much of the work was done by ourselves, which included convincing travellers that the country is safe even though it was just one month after the attacks,” Bernard Tours Managing Director Angelo Mendis said.The tourists will participate in a six-day cultural tour that includes religious sites in Hambantota, Nuwara Eliya, Kandy and the Cultural Triangle before arriving back in Colombo. Mendis stated that the objective of bringing down the tourists was to encourage more travellers to Sri Lanka and increase confidence in the security situation of the country as well as appraise them of security measures taken since the attacks.

Mendis also called for more support from the Government that focused on consistency of statements from both President Maithripala Sirisena and Prime Minister Ranil Wickremesinghe. He appealed for the Government to

He acknowledged promotion activities by the private sector could do little to offset travel advisories issued by international governments and recommended that the Government work to reassure representatives of foreign governments of the steps taken to improve security and apprehend the perpetrators of the terror attacks.“I must thank Ven. Rassagala Seevali as he went out of the way to reassure the travellers of how safe it was to be in Sri Lanka.  I’m a Catholic and Ven. Rassagala is a Buddhist, but he came forward and helped immensely to organise this group, assure the best service and provide confidence of the security situation in the country. Bernard Tours plans to bring down more groups in the future,” Mendis added.SLTDA Chairman Kishu Gomes told Daily FT: “We have had similar delegations arrive in Sri Lanka before, but we are happy that this group of tourists arrived in the country despite travel advisories and other security-related concerns that have been set against the island. Their willingness and decision to come over will be an inspiration for the whole country, and we expect more delegations will come in the future.”