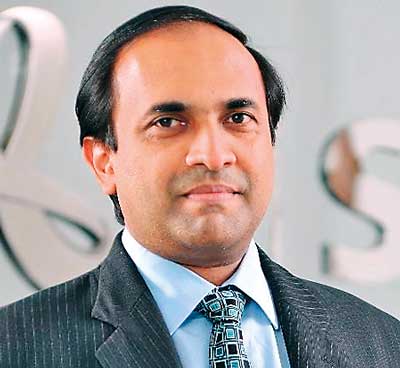 With foreign capital inflow gathering pace during the past couple of months alongside expected debt and equity listings scheduled to take off in the next two months, the country’s capital market is hopeful that the positive trend will continue to end the year on a high note.

Speaking to the Daily FT, Colombo Stock Exchange CEO Rajeeva Bandaranaike said considering the net foreign inflow during 2013 and 2014 the net outflow recorded last year was only a modest percentage which amounts to about Rs. 5 billion.

“Although there had been negative growth in the indices during the first half of the year, we saw that the capital outflow trend is being reversed in the past two weeks, where foreign investors are finding their way back to the market; as a result, the net foreign outflow of Rs. 5 billion has now come down to Rs. 3 billion,” he pointed out.

According to Bandaranaike, comparing the inflows of 2013 and 2014 - where the inflows recorded were about Rs. 36 billion and Rs. 24 billion - the outflow during 2015 had been around Rs. 5 billion.

While emphasising the fact that foreign inflows which came to the capital market during the past three years had not flown out in a significant manner, he attributed it to the global financial turmoil.

“I think it was a process of fund managers moving out and then coming in again due to the global phenomena. Investors are regaining confidence based on the way country is moving forward, which is encouraging. If this positive trend continues, it will strengthen the market,” he added.

Bandaranaike also confirmed a number of corporate debt issuances which would materialise in the next two months. On the equity side three initial public offerings (IPOs) were reported while two more were scheduled towards the latter part of the year. However, he said the IPOs would depend on how the market would perform.

Bandaranaike was hopeful that the amendments to the SEC Act would be put to Parliament by the end of the year. He pointed out that the amendments were essential to move into a delivery versus payment system for the proposed CCP as well as to strengthen the regulatory framework in general.

It was noted that brokering companies had shifted to their own frontends where 80% of the orders were now coming through their systems, which had better built-in controls especially in terms of risk management. Previously it was conducted by the CSE on behalf of the brokers.