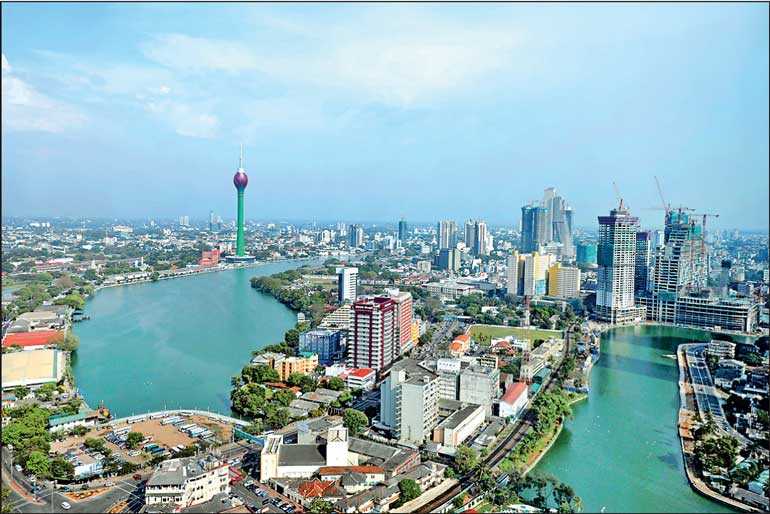 Ratings agency Moody’s yesterday revised Sri Lanka’s grow to 2.6% for 2019, down from 3.4% before the Easter Sunday attacks, and warned that the country faces numerous domestic and external obstacles that could pose challenges to refinance its large upcoming debt obligations.

In a new report, Moody’s explores the implications of the country’s financing needs and options, the recent terrorist attacks, and upcoming elections for Sri Lanka’s credit profile. However, it said growth could recover to 3.4% in 2020. “The primary challenge facing Sri Lanka is its large external debt refinancing needs over the next five years, with over $3 billion principal payable annually on external Government debt over 2020-2024,” says Matthew Circosta, a Moody’s Analyst.

“While a range of financing options, including international dollar bond issuance and loans from bilateral and multilateral lenders, could support refinancing, the Government is highly vulnerable to sudden shifts in investor sentiment that could affect the availability and cost of these funding sources,” adds Circosta.

The Government completed more than half of all its 2019 public external debt servicing payments in the first four months of the year. It is due to make principal payments on external debt of around $940 million from June to December 2019. Around $3 billion in external debt repayments come due in 2020, including an international sovereign bond of $1 billion in October 2020, and concessional and bilateral debt.

Overall, maturing government external debt repayments will average more than $3 billion per year over 2020-24, or around $15.4 billion in total, in addition to financing part of the budget deficit externally.

Dollar international sovereign bonds account for $5.75 billion, or about 37%, of all maturing external government debt over this period. At these levels, Sri Lanka’s bond maturities are among the highest as a proportion of foreign exchange reserves among rated frontier market sovereigns, highlighting the Government’s significant exposure to refinancing risk.

“The Government may also use the country’s foreign exchange reserves to repay its external debt, as it did for its January and April 2019 bond maturities. Foreign exchange reserves (excluding gold and SDRs) stood at $5.8 billion in May 2019, and on balance, we expect them to remain around $6 billion over the next couple of years. But in the absence of offsetting foreign currency inflows and considering numerous large debt maturities in the next five years, using them to make repayments would significantly drain reserves and heighten refinancing risk, putting negative pressure on Sri Lanka’s credit profile,” the report said.

Given external and foreign-currency debt accounted for about 47% of total Government debt as of 2018, any renewed and prolonged tightening in external financing conditions would add to the Government’s debt burden and debt servicing costs, the report added.

Tourism arrivals declined 7.5% year-on-year in April, following a 4.6% expansion in the first quarter of 2019. The likelihood of softer demand in other sectors such as retail and wholesale trade will further weaken economic activity. According to the World Travel and Tourism Council, tourism and associated industries contributed about 10% of GDP in 2018.

The overall impact on tourism and GDP growth will hinge on how swiftly the Government is able to restore a sense of security. One mitigating factor is that Sri Lanka’s tourism industry had just reached the beginning of its low season, which could limit the fall in tourism receipts, given that more than half of arrivals and earnings come during the high season between November and March.

“Measures announced in the financial relief package on 7 May 2019 will help tourist operators and could encourage visitor arrivals. The Central Bank’s recent cut in interest rates will also support credit growth and domestic demand. All in all, we expect real GDP growth of 2.6% in 2019, lower than our previous estimate of 3.4%. We forecast a pickup in real GDP growth to 3.4% in 2020, assuming a partial recovery in the tourism sector,” the report noted.

“Slower economic growth than we previously envisaged will make the Government’s revenue and fiscal deficit projections even less likely to materialise. Slower tourism and the Government’s financial relief package will also hurt the public finances, which are already under significant strain.”

Lower income from tourism, which amounted to about $4.4 billion in 2018, will additionally weigh on the current account deficit and hit foreign exchange inflows. Based on an assumption of a 25% decline in tourist arrivals and some fall in visitor spending, tourism receipts could fall up to $1.5 billion in 2019.

As part of its financial relief package, the Government implemented duty-free imports for security-related equipment, including scanners and metal detectors. This could push up the country’s import bill, although the potential for weaker imports from other sectors as a result of softer domestic demand might offset any increase. Overall, the country as a whole will likely need to finance a larger current account deficit than authorities previously envisaged.

Moody’s also warned political tensions could also resurface before and after the Presidential Elections scheduled for late 2019 and the Parliamentary Election in 2020, with the potential to interrupt reforms and undermine investor confidence.