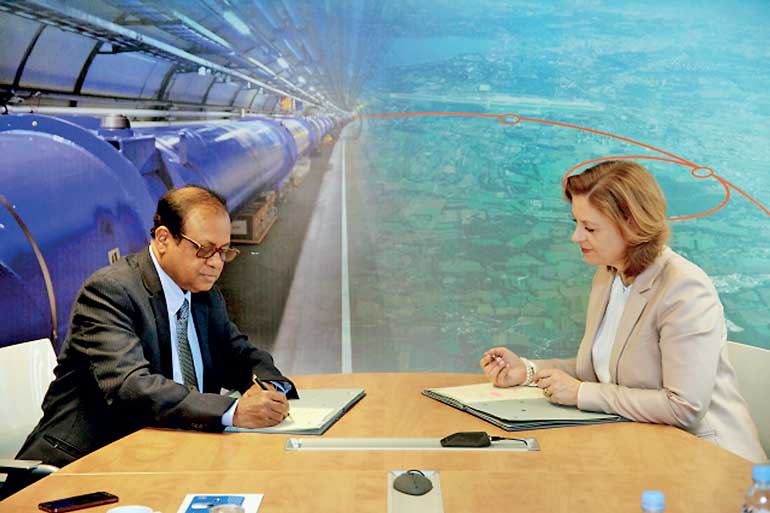 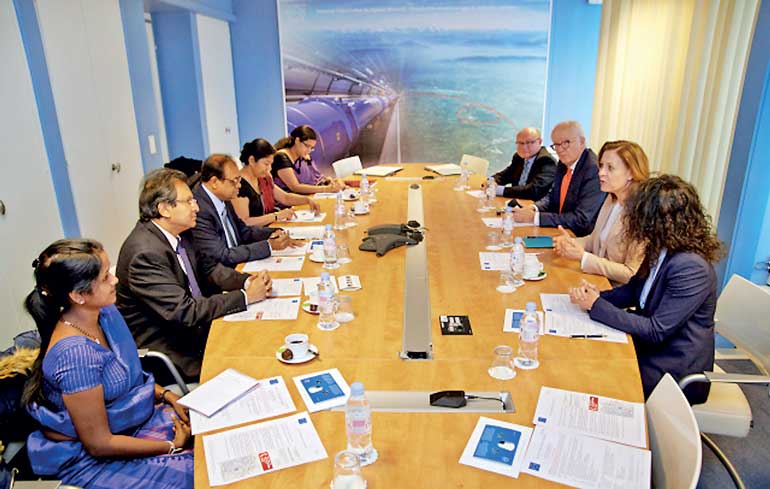 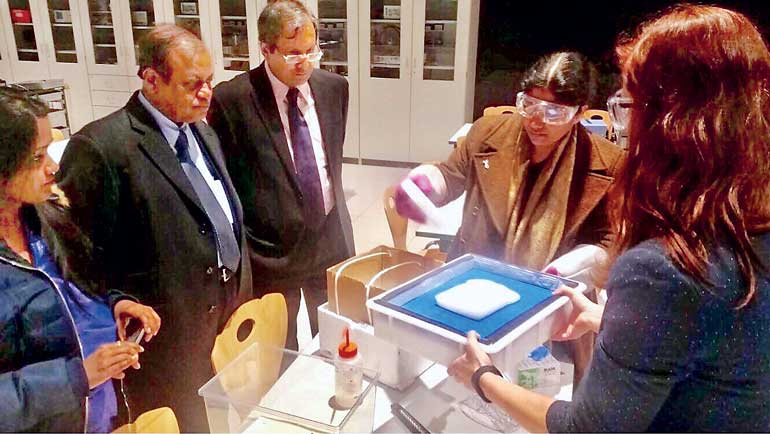 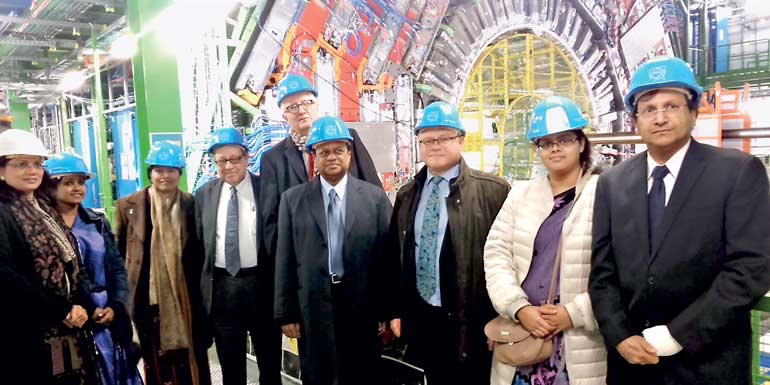 An International Cooperation Agreement (ICA) to enhance scientific cooperation in high energy physics between the scientific community of Sri Lanka and the European Organization for Nuclear Research (CERN), was signed in Geneva on Wednesday (8 February).

Minister of Science, Technology and Research Susil Premajayantha and the Director for International Relations of CERN Charlotte Warakaulle signed on behalf of the two parties.

Speaking at the event, Premajayantha said improving scientific cooperation with international organisations such as CERN will contribute to the Government’s efforts in the development of science, technology and research, as well as in popularising science education in the country.

Warakaulle commended the Sri Lanka Government’s commitment and investment in fundamental research and pledged the cooperation of CERN in furthering this goal.

Sri Lanka becomes the 47th country to sign an ICA with CERN, which is regarded the most prominent particle physics research institute in the world.

This Agreement will create a framework for the participation by Sri Lankan scientists, engineers and technicians in research projects of the CERN and increase opportunities for Sri Lankan undergraduates and physics teachers to participate in CERN’s training programs.

As a follow-up to the implementation of this Agreement, it was agreed that that a group of leading scientists representing the different universities in Sri Lanka would undertake a ‘Study visit’ to CERN in May 2017 in order to familiarise themselves with the CERN’s ongoing research.

It was also agreed that a ‘Particle Physics Cluster’ will be formed in Sri Lanka in order to develop scientific cooperation between Sri Lanka and CERN by networking through a virtual institute.

CERN experts will also visit Sri Lanka to engage more closely with the Sri Lankan scientific community and to support the upgrading of teaching of physics in high schools. It was further agreed that CERN would consider donating servers to be used for data analysis projects with CERN.

Formal cooperation between Sri Lanka and CERN was initiated on 25 June 2015, following the signing of an ‘Expression of Interest’ (EOI) Agreement between Sri Lanka’s Permanent Representative to the UN in Geneva Ambassador Ravinatha Aryasinha and the then Director General of CERN, Prof. Rolf-Dieter Heuer.

As a result of this process, for the first time two Sri Lankan undergraduate students participated in the CERN Summer Student Program 2016, while it has also enabled Sri Lankan teachers to apply to participate in the CERN High School Physics Teachers International Program.

In September 2016, CERN Senior Advisor on International Relations, Dr. Rüdiger Voss visited Sri Lanka as a Guest of the Government of Sri Lanka and a Resource Person at the ‘Science and Technology for Society Forum Sri Lanka 2016’  (STS Forum 2016),where it was decided to move towards signing a full-fledged International Cooperation Agreement.

Following the signing of the Agreement, Minister Premajayantha visited the CERN underground experimental area, in Cessy, France, also known as the Compact Muon Solenoid (CMS) experiment, particle detector at CERN’s Large Hadron Collider (LHC). He was also able to see a demonstration of a hands-on particle physics experiment in the ‘S’Cool Lab’, the particle physics learning laboratory at CERN, which offers experimental workshops for high school physics students and teachers from around the world.