Making freshwater from the sun 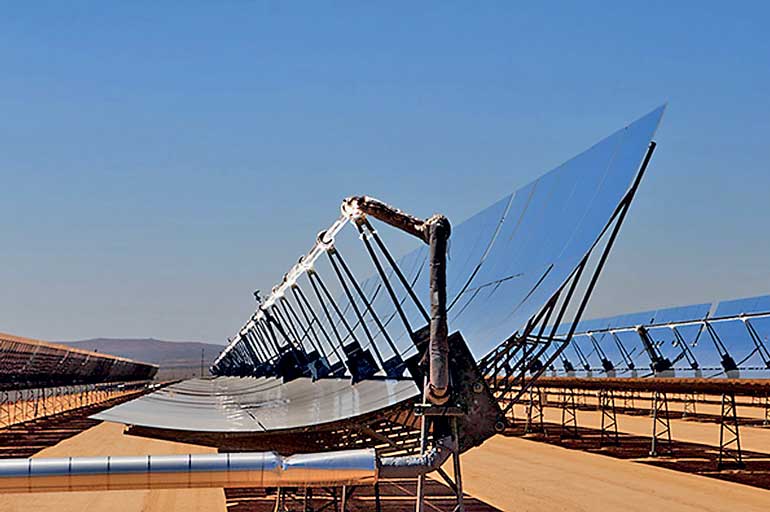 Washington: Getting freshwater will become increasingly challenging for countries in the Mena region as populations grow and living standards rise over the coming decades. In many cases, current water sources will become unsustainable, the International Energy Agency (IEA) highlights in a new analysis.

To reduce the use of non-renewable groundwater and still meet growing water needs, the production of desalinated seawater in the Mena region is projected to be 13 times higher in 2040 compared to 2014. Traditionally, desalination has been powered by oil or natural gas, or is based on reverse osmosis, which requires significant quantities of electricity.

While the region is the world’s most important exporter of hydrocarbons, it is also endowed with another abundant resource thanks to significant levels of direct sunlight and large, open deserts close to urban centres. This combination has the potential to shift countries away from their reliance on fossil fuels to carbon-free energy sources such as concentrating solar power (CSP).

The basic principle of CSP is to reflect direct sunlight onto mirrors that are used to heat water, which can then be used to generate electricity. Unlike solar photovoltaic (PV) technologies, CSP can store heat energy for short periods of time. This enables CSP plants to produce electricity even when clouds block the sun or even after sundown. CSP also holds significant potential for supplying direct heat, which is useful for industrial purposes or water desalination.

In addition, both electricity and fresh water can be produced at the same time using higher temperature plants, such as with central receiver towers. In some cases it may be more economical to separate the two processes when the working temperature is relatively low, using CSP for electricity production and reverse osmosis for desalination.

But producing fresh water with CSP is not economically viable yet. It costs about three times more than when using natural gas, for example, which explains why there are no large-scale CSP desalination plants in operation.

IEA analysis also forecasts future cost reductions for membrane-based desalinisation technologies, meaning that electricity is likely to remain the best choice. Even with costs falling by 50% in the next 25 years, CSP remains about 60% more expensive than using traditional technologies.

The picture changes dramatically if fossil fuel and electricity subsidies are completely phased out. In this case, CSP desalination becomes cost competitive with natural gas-based desalination in the late 2020s.

By 2040, it is only 30% more expensive than electricity-based reverse osmosis. As a result, CSP in global desalination capacity could reach 10% by 2040, according to World Energy Outlook 2016, providing the Mena region with a clean, sustainable option for fresh and clean drinking water.