Silverlake Consultancy Services, Malaysia Chief Executive Officer David Brearley shared his insights of how disruptive technology is changing the way businesses operate, its wider implications and in particular how it affects the banking and finance sector. He underscored that change is inevitable, thus businesses and industries need to learn to cope with it and progress. Following are excerpts from the interview: 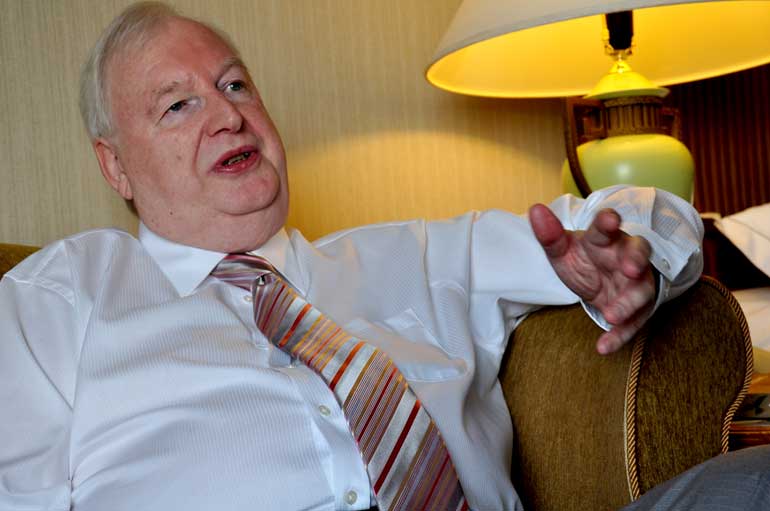 Q: Why is disruptive technology important in today’s business environments?

A: Disruptive technology is important because the world of the future is not going to look like the world of the past. Most companies fail to understand this, they think tomorrow is going to look like today and maybe a bit different; but tomorrow is going to be very different. As a result, organisations need to think more about transformative change than incremental change and, recognising that human beings are not very good at radical change, need to plan carefully for the future.

As for the industry I’m mostly involved in, that is banking which is a very conservative industry that doesn’t really like change, this is a big problem.


Q: How has disruptive technology changed the fundamentals of business operations?

A: For instance, look at retailers. One time if you were a customer you would go to the shop to do your research by walking around looking at things, you would order what you want to buy by going up to the till and you would take away the goods yourself. Retailers today have broken each of those activities into different processes and organised them differently. So you don’t have to go to the shop to see what they have.

You can go online and see what they have. Instead of buying goods in the store, you can buy goods online. You don’t have to take the goods from the store because the store will deliver them to you or have other delivery logistics. This is disruptive change. This also happens in manufacturing. My favourite example is how the German automotive industry learnt how to build cars in a completely different way. It is these kinds of approach the banks need to get their heads around.


Q: How has the mass adoption of connected digital technologies by consumers, enterprises and governments benefitted the economy and society in the Asian region in general?

A: If you look at countries like Singapore, you will see how things have changed dramatically. Singapore today compared to the 1980s has changed out of all recognition.  The state now has many more ways of making money, there are more opportunities for businesses to make money, and as a consumer you get more choices. As one government example, you get charged $ 10 driving from home to the office because the whole island is wired with toll machines so the state takes money from the fact that you’ve chosen to drive to work. Places like Singapore, Hong Kong and Shanghai demonstrate how disruptive technology has changed Asian states.


Q: How has digitisation changed the way the financial sector operates?

A: Only marginally so far. Most people now use ATMs to withdraw cash but it took 25 years for ATMs to become popular, up until that point people would still go to the branch to get money. Online technologies have taken off slowly since the internet started 20 odd years ago. But now what’s very clear is that when banks introduce mobile banking it takes off very much faster and quite dramatically. For instance, I helped a client in a small country called Brunei which has gone from doing no mobile banking to doing a million banking transactions a month, within just two years.

I think what digitisation is going to do is, once it starts, to progress very quickly which is going to be quite unusual experience for banks.


Q: How have innovative providers posed a threat to the banking industry?

A: From all sorts of different directions really. Consider the e-commerce players of which Alibaba is the most obvious example. Alibaba started as an e-commerce business and then started adding financial services to it. In three to five years it built such a large financial-services business that it has now been floated as an independent bank, valued at close to $ 50 billion. This is twice the valuation of Standard Chartered Bank which has been in business for around 160 years; this Alibaba business has been around for three years. So this example demonstrates a very new phenomenon of how quickly these digital companies can make a mark on the landscape and begin to take value away from the banks.


Q: Do consumers trust these financial services rather than banks?

A: One of the most shocking things found in a survey done by the advertising industry a few years ago is that all the top players that people trust are technology companies. People trust Google, Apple and VISA but there wasn’t a single bank in the top 20. It’s an interesting phenomenon today that people are comfortable with their digital devices like mobile phones and they expect to get their services 24/7, all the time and then they trust it for all kinds of other services.

In this digital environment, cybercrime is going to be a fact of life. When banks only had physical branches, robbers bashed the door down and stole the safes – so this was a criminal fact of life of that era. With the new digital ways of working, we should expect new criminal behaviour. To gain customers’ trust in digital banking services, the banking sector has underwritten the consumer – if a customer loses money because of identity theft or other digital crime, the bank will take the hit not the consumer. So with that promise, I don’t think cybercrime is preventing many people from going digital. The world is going digital, it’s unavoidable. We have to accept the new way of working, and learn how to cope with the bad things that will happen.


Q: How can you strike a balance between digitisation and cost?

A: Digitisation in essence is a much cheaper delivery system. So for consumers it’s going to reduce the cost of financial services. The challenge for the banks is that their cost-income ratios are quite high and they have to learn how to offer these digital services at a much lower cost – probably with many fewer people.


Q: Will digitisation impact the employment level of a country?

A: Of course it will, but we don’t know how yet. We know that automation will take away a lot of low profile jobs. We also think it will take away middle income jobs where people have been paid for making decisions but where in future advanced decision-making technology will take over. What employment options are going to replace the old work model, I don’t think we know. So far we have coped; in successful economies unemployment levels have not risen compared to 10 years ago but I don’t know for how long we can keep that going. Of course we have seen horrendous unemployment rates in less successful economies in Europe.

At some point I suspect we’re going to face the issue of how we train people not to work in the traditional model. At the moment our social model in countries with full employment is that we educate the population to be able to do something useful and the more valuable, the higher the pay. Conversely, if you have no work, you don’t get paid. That model is going to break down if there isn’t the traditional level of employment.

If unemployment levels rise from 5% to let’s say 30% and if we don’t want to have revolutions and blood on the streets, we are going to have to figure out how we move economic value from the top to those who are not working in a way that retains everyone’s self-respect. These are the long term implications of automation. They will not happen immediately but they will be profound and they are so scary that people don’t yet want to talk about it.


Q: What is required for businesses to compete in the digital economy?

A: I think a sense of adventure and the desire to keep on changing. You simply can’t carry on the way you have. This disruptive world is about constantly renewing and relearning because otherwise we will just fall behind our competitors.


Q: Do you see potential for digitisation in the Sri Lankan banking industry?

A: Well if you want to see what is likely to happen in terms of digitisation, you have to look at markets that have started a year or two earlier. I know that Sri Lanka as a nation has plans for infrastructure capability such as Wi-Fi and other facilities that need to be there if banks are to change the way they operate. Assuming those things take place in the next couple of years, you should expect to see branches looking very different and operating differently, you will see a lot more mobile banking activities, and more ability to move money around to people outside the banking system.

Sri Lanka is not as urban a society as cities like Singapore and Hong Kong and it is easier and faster to adopt technology change in city states where you can reach the whole population with a relatively small infrastructure investment. But the fact of the matter is digitisation changes in financial services have been made in agrarian societies like Kenya and I see no reason why they shouldn’t work here.