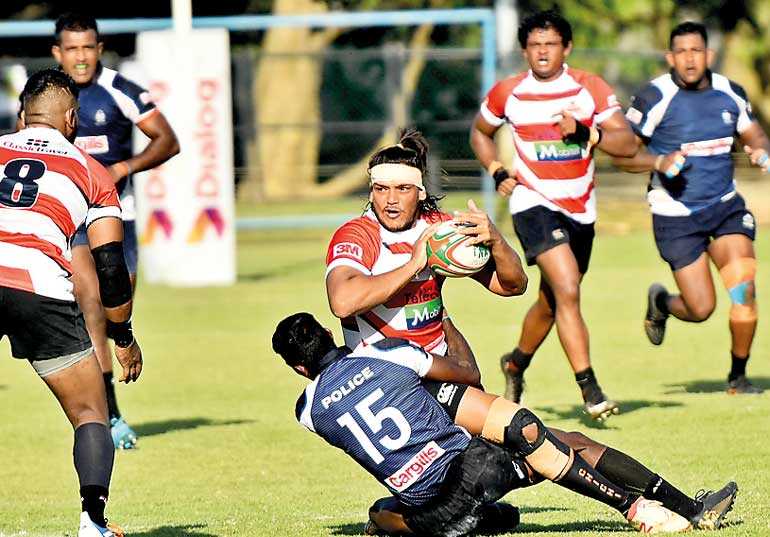 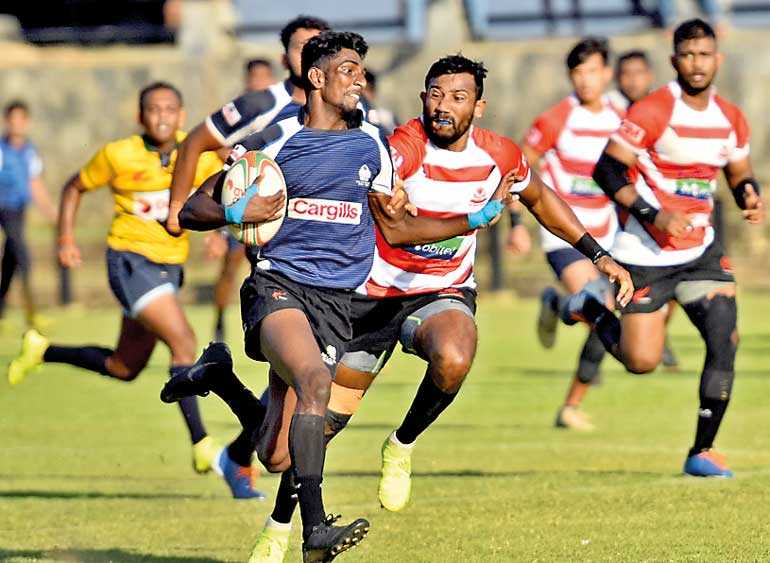 At the short breather winners led 24/10.

Police Sports Club once again stood out as the better team in defence plus attack and made sure they scored points from their opponent’s errors. Meanwhile, CH & FC who dominated territory in the initial half failed to add points on the board. They made errors after some brave moves and attacks in the opposition half. This allowed the Cops to move freely. Midway in the later half when the scores stood 24/17 favouring Police, there was a possibility of a CH&FC comeback, but poor kicking form from Samuel Maduwantha missed two conversions plus a penalty, costing them dearly with seven points lost.

Suranga Kasun covered nearly 90 meters to draw first blood for the Cops. Janith Chandimal added the extra two points. CH hit back in no time when their scrum half Avishka Lee chip kicked to the right corner flag for his speedy winger Nishon Perera to touch down. Maduwantha missed the conversion kick.

CH went ahead for the first time through a brave move made by their skipper Rohitha Rajapakse, who sent Shehan Dias for their second try. Once again Maduwantha continued poor kicking form. Janith Chandimal who did the kicking duties for the Cops had a grand game when he put over a penalty to equalise the score at 10 a-piece. Closer to the 30th minute CH lost out on their skipper Rohitha Rajapakse to an injury. The next move saw Sachith Silva with his lightning pace beat several defenders to run nearly 50 meters before touching down a fine try for the Cops. Chandimal added the extras to take the short breather at their favour 24/10.

After the turnaround once again CH & FC re-grouped and attacked but lacked the finishing touch in many of their moves. Their burly forward Sathya Ranathunga scored their only second half try through a forward rush. Maduwantha added an easy conversion. After he missed another penalty kick, Chandimal made sure he increased the Police lead to 10 points. Muhammar Deen made sure there was no upset win for the home team as he crashed over the try line for a bonus point win and secure their number two position behind Kandy SC.