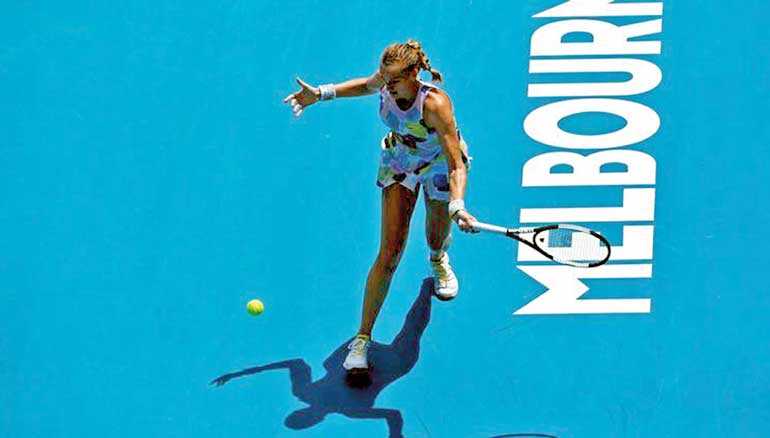 MELBOURNE (Reuters): Petra Kvitova compared the atmosphere created by Greek Maria Sakkari’s supporters on Rod Laver Arena to “a soccer match” but cut through the noise and battled back from a set down to reach the Australian Open quarter-finals yesterday.

After Sakkari rode that boisterous support to a first set tiebreak win, Czech seventh seed Kvitova came firing back to clinch a quarter-final place with the 6-7(4) 6-3 6-2 victory.

“When I was shaking the hand with the umpire, I told him it was like a soccer match today,” Kvitova told reporters of the atmosphere on the main showcourt.

It is the second time this week that players have noted the noise generated by Melbourne’s large Greek community, who were also in full voice when supporting Stefanos Tsitsipas.

Sakkari, 24, had never been in the fourth round of a Grand Slam before but had won the last two of her three previous matches against Kvitova, all of which were played last year.