Iyer fireworks give India win in T20 opener in NZ 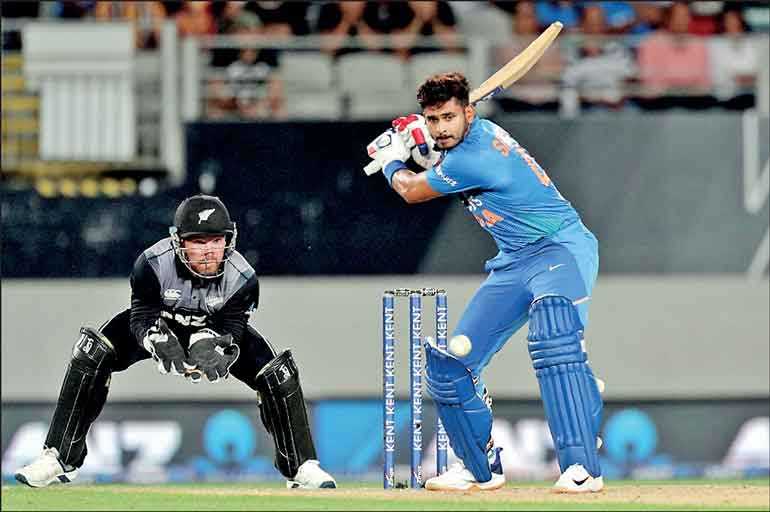 WELLINGTON, REUTERS: Shreyas Iyer guided India to a six-wicket victory over New Zealand in the first Twenty20 international at Eden Park in Auckland on Friday as the tourists showed few signs of fatigue or jet lag.

Iyer scored his second Twenty20 international half century with 58 not out and finished the game with his third six as India reached 204-4 to chase down New Zealand’s 203-5 with an over to spare.

KL Rahul and captain Virat Kohli put on 99 runs in 50 deliveries for the tourists, who only arrived in New Zealand on Tuesday after completing a 2-1 one-day series victory over Australia on Sunday. Rahul was brilliantly caught by Tim Southee at midoff for 56 before Martin Guptill produced an even more spectacular catch at deep midwicket to dismiss Kohli for 45 to give the hosts a sniff of an upset.

India’s deep batting lineup, however, ensured that they cantered home with a measured run chase full of quality.

After Munro put on 80 for the opening wicket with Guptill (30), the loss of the left hander for 59 and Colin de Grandhomme within the space of three deliveries stalled New Zealand’s momentum.

Williamson (51) and Taylor (54 not out) however prospered after two fielding errors by Yuzvendra Chahal and the pair scored 61 runs in 28 deliveries to put their side in a strong position at 178-4 with three overs remaining.

Some superb death bowling by Jasprit Bumrah, who rolled his ankle badly when he stood on the seam of the drop-in pitch, and Mohammed Shami ensured they did not kick on.

The second game of the five-match series is also at Eden Park on Sunday.