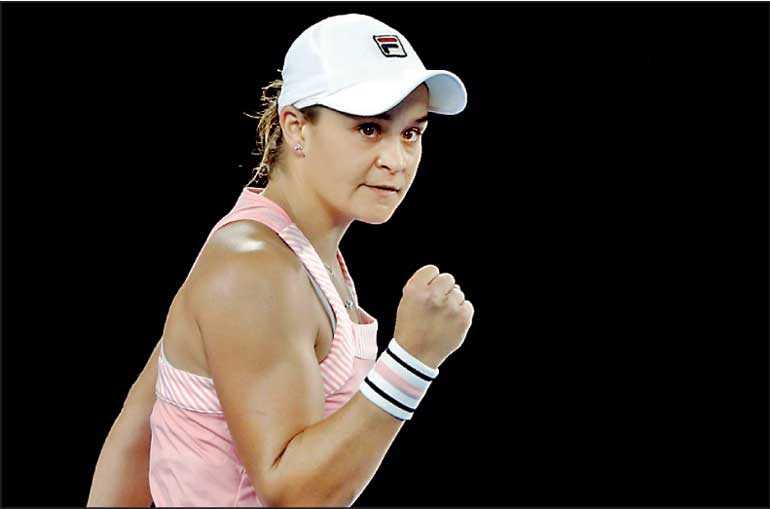 MELBOURNE (Reuters): Ashleigh Barty eased past Greek Maria Sakkari 7-5 6-1 to advance to the fourth round of the Australian Open yesterday, keeping alive local hopes of a home women’s champion.

Australians have had limited success in the tournament despite boasting several Grand Slam singles champions like Samantha Stosur, Lleyton Hewitt and Pat Rafter since the 1990s.

No Australian man or woman has won the singles title at their home Grand Slam since the 1970s. The last women’s finalist was Wendy Turnbull in 1980, while Hewitt lost the 2005 final to Russia’s Marat Safin.

The 15th-seeded Barty arrived in Melbourne after a final appearance at the Sydney international, where she also beat world number one Simona Halep, and has looked untroubled in the year’s first Grand Slam.

The 22-year-old has looked in control and was yet to lose a set in the ongoing tournament.

Under a closed roof at the Rod Laver Arena due to morning showers, Barty broke Sakkari twice in each set to seal the win in an hour and 22 minutes.