Home / Sports/ Bairstow to keep wicket against India at Oval

Bairstow to keep wicket against India at Oval 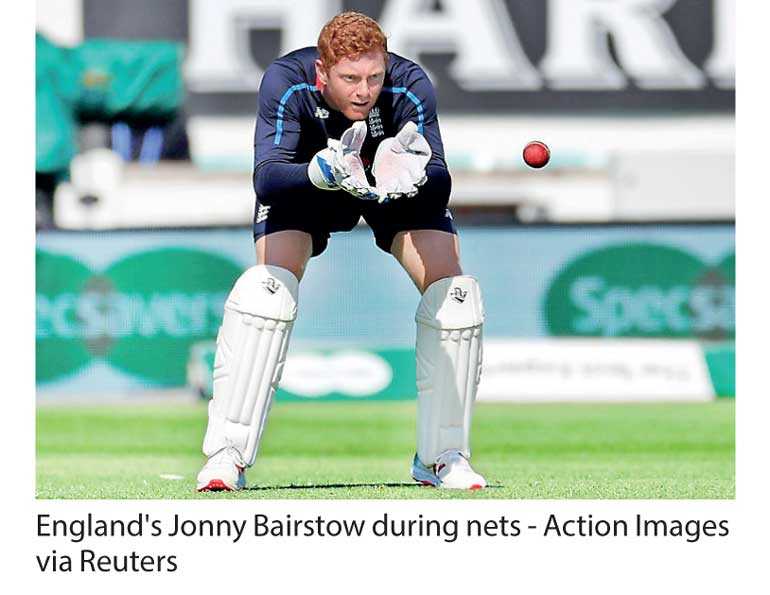 Reuters: Jonny Bairstow will keep wicket for England in the fifth and final Test against India after recovering from a broken middle finger, the England and Wales Cricket Board said on Thursday.

The 28-year-old, who sustained the injury in the Trent Bridge Test last month, played as a specialist batsman in England’s fourth Test victory at Southampton, with Jos Buttler standing in as his wicket-keeping replacement.

After taking an unassailable 3-1 lead in the series, England have named an unchanged team for the match at The Oval, which begins on Friday.

“We are very fortunate to be in a position where we have two quality keepers,” England Captain Joe Root told a news conference.

“More than anything, they both want us to win games of cricket. There have been no issues or problems in that department.”

All-rounder Moeen Ali will continue to bat at number three, where he was promoted ahead of Root in the fourth Test.

The former Captain will bring down the curtain on a 12-year international career by playing his 161st Test and 159th in a row.