Home / Special Report/ Saving lives, one stroke at a time 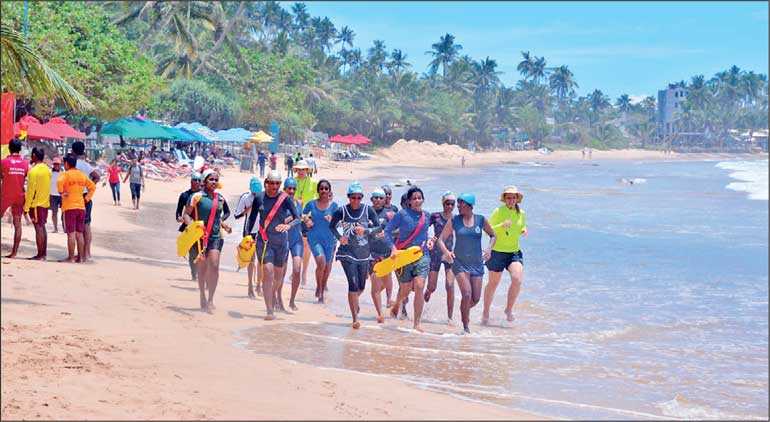 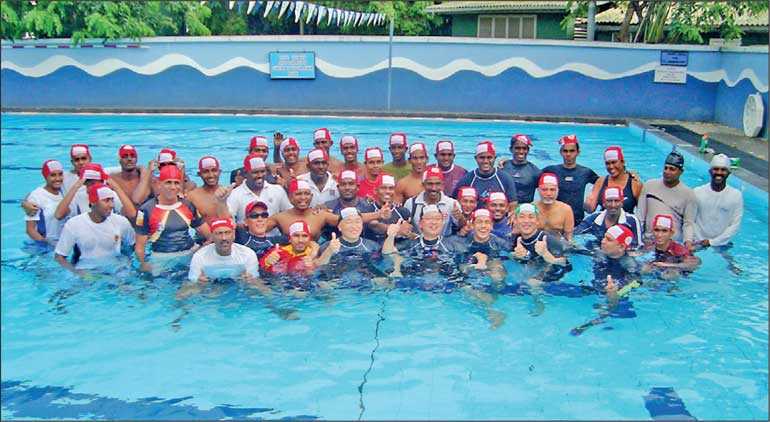 Drowning is the lead cause of death among 1-14 year olds, a new report on drowning prevention has revealed, with a worrying lack of “basic swimming skills” among most Sri Lankans cited as one of the main causes.

“We are in an island with so many waterways but swimming is a low skill,” noted Life Saving Victoria Chief Operating Officer Mevan Jayawardena. “A key point that we must focus on in the future is making sure children can learn basic swimming skills.”

Data recorded between 2010 and 2018 acts as the basis for the report and it was compiled by Life Saving Victoria Principal Research Associate Dr. Bernadette Matthews, Manager – Research Rhiannon Birch, and Chief Operating Officer Mevan Jayawardena and Life Saving Association of Sri Lanka (LSASL)President Asanka Nanayakkara and former President and Adviser Sanath Wijayaratne. The report is the second of its kind, with the first Drowning Prevention Report published in 2014.

At the launch of the 2020 report, Acting Deputy High Commissioner of Australia to Sri Lanka Dr. Tom Davis spoke about the significance of the report, which he described as a product of the relationship formed between Sri Lanka and Australia.

“What we have seen in the past eight years of this relationship is a significant number of people going back and forth between Sri Lanka and Australia to develop lifesaving institutes and approaches towards the systems and guidelines you must have in place in order to have a successful lifesaving operation,” he said.

These efforts have definitely been beneficial to Sri Lanka with lifesaving activity in the country improving over the years. Despite this, drowning and submersion is a leading cause of accidental injury death in Sri Lanka among all groups, but is the top cause among children aged one to 14 years. While the statistics used are from the period of 2004 to 2014, the report shows that accidental drowning and submersion among one to 14 year olds in Sri Lanka ranks higher than transport accidents and falls.

One of the main reasons for this is a lack of awareness on drowning prevention and in order to understand why awareness is necessary in the country, it is important to look at the key segments of the Drowning Prevention Report for Sri Lanka 2020.

One of the key takeaways from the report is that there has been a 14% decrease in drowning-related deaths in comparison to the 2005 to 2007 period. A 20% reduction in the drowning rate has also been recorded, with the crude fatal drowning rate being 3.6 per 100,000 people.

Despite this, there are 755 drowning deaths a year in Sri Lanka, with the age categories of 25 to 44 years and 45 to 64 years having the highest number of drowning deaths.

While common belief is that the sea is the most common place of drowning in Sri Lanka, the report shows that canals top the list with 22% of all incidents taking place in canals. A total of 21% drowning deaths take place in the sea, and 18% are in wells. A comparatively smaller number of drowning deaths occurred in rivers and lagoons, with 9% and 4% respectively.

According to Sri Lanka Lifr Saving (SLFS) and (LSASL) President Asanka Nanayakkara, a large number of drowning incidents in the North Central Province take place near irrigation canals close to lakes and reservoirs. “We do not spot many of these incidents and it’s difficult to save them because we can’t carry out lifesaving activities in canals,” he said, adding that it is often residents of the area and not tourists that drown in irrigation canals.

The discussion that followed the launch of the report also revealed that it was not practical to set up duty points near all canals and wells and it is awareness among residents and tourists that could reduce the number of drowning deaths.

Given that canals are a top drowning location in the country, it’s important to look at data from the nine provinces of Sri Lanka relating to drowning locations. According to the report, the Western Province had the highest number of drowning deaths, with a total of 168 deaths. While there has been a 27% decrease since the 2005 to 2007 period, men are 4.8 times likelier to drown than women are. A total of 34% incidents in the Western Province took place in the sea, while 24% took place in canals. 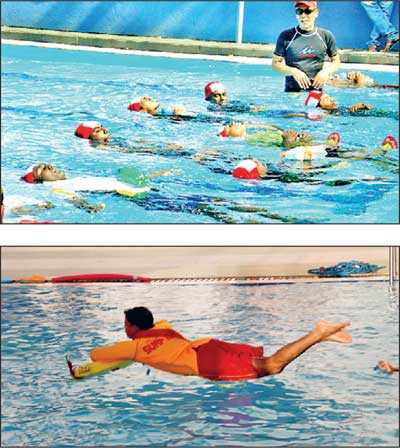 The Drowning Prevention Report 2020 shows that over a million people were educated in lifesaving over the past 10 years, with 46 lifesaving clubs in operation. Over 300 rescues are reportedly performed each year by lifeguards.

The report also includes duty hours and days of various duty points across the country, with Mount Lavinia Beach, Beruwala, Mirissa Beach, Kala Wewa, and Kanthale being a few of the mentioned locations.

In addition to these strategies, seven high priority projects were decided upon, with priority being given to five projects. One of these will ensure the establishment of a dedicated unit for water safety while another focuses on the implementation of the National Swim for Safety Program for schools. According to the Drowning Prevention Report for Sri Lanka 2020, this project was launched in 2016 and 70 programs have been conducted in the Eastern, Southern, Sabaragamuwa, and North Central Provinces.

A national drowning data surveillance system will also be established as per the National Action Plan. Sri Lanka Life Saving has also developed a water safety app which includes details of safe water resources in the country.

Establishing national beach and pool safety operating guidelines is also a high-priority project and Sri Lanka Life Saving has compiled guidelines on beach safety as well as pool safety, which will be published separately in all three languages. In addition to this, Sri Lanka Life Saving will also be publishing a book on the Swim for Safety Program.

These publications, along with the Drowning Prevention Report for Sri Lanka 2020, aim to raise awareness on drowning prevention and lifesaving activities, which could lead to further reductions in the country’s drowning rate.