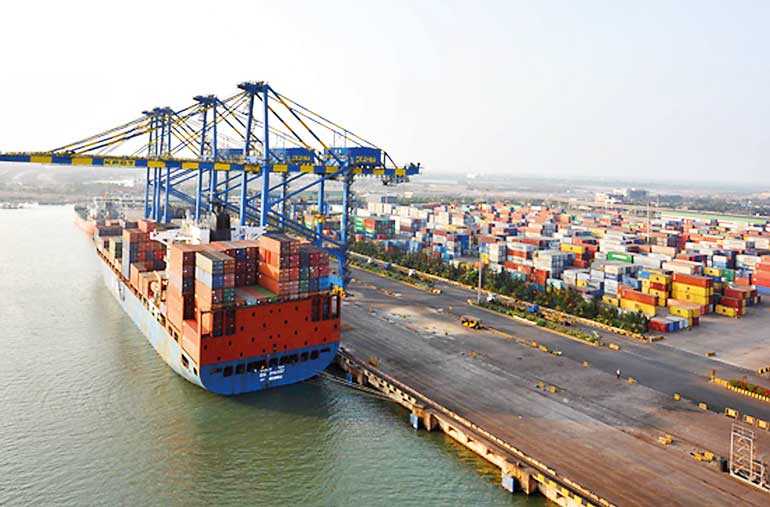 Business Line was the first to report on the deal in its edition dated 19 August 2019.

The deal is APSEZ’s biggest acquisition yet in India’s port sector in terms of value and size and helps it build scale in an industry that is dominated by the 12 state-owned ports.

The acquisition, fits well with the Group’s strategy to take-over stressed assets, said a person briefed on the deal.

The acquisition will give APSEZ, India’s biggest private port operator, access to the country’s largest waterfront area (for a port) of 12.5 km and a transit storage area of 6,800 acres. The port started operations in 2008.

Krishnapatnam, a port owned by the Andhra Pradesh government, was given to the Hyderabad-based CVR Group for development and operations on a 30-year contract beginning September 2004. The port contract can be extended up to 50 years (30+20 years).

Chinta Sasidhar, the managing director of Krishnapatnam Port Co. Ltd. and the youngest son of C. Visweswara Rao, its chairman, will continue to hold the balance 25% stake in the port operating company.

Currently, the port has a draft of 18.5 metres, a depth that can accommodate full-loaded Capesize vessels of 200,000-tonne capacity.

The port, located 180 kilometres north of Chennai, currently has a capacity to handle 92 million tonnes (mt) of a from 10 berths, including 67 mt of bulk cargo and 2 million twenty-foot equivalent units (TEUs) of containers which is equivalent to 25 mt.

The port has applied for environment and coastal regulation zone (CRZ) clearances to expand capacity further.

Krishnapatnam Port Company is 90.6% owned by the CVR Group, which has interests in construction, ports, power, steel, information technology and exports.

London-based private equity firm 3i Group Plc invested $ 161 million in the port operating company in February 2009 through its India Infrastructure Fund for a 26% stake. 3i’s stake has since dropped to 9.4% due to change in valuations and rupee depreciation.

The deal will give 3i an exit route for its investment over which it has been wrangling with the CVR Group for some time.

This will be APSEZ’s third acquisition on the eastern coast after the purchase of Dhamra port in 2014 and Kattupalli port in 2016.

The deal will also help APSEZ expedite the vision of handling 400 million tons (mt) of cargo by 2025 and expand its market share among India’s ports.

APSEZ’s 10 strategically located ports and terminals – Mundra, Dahej, Kandla and Hazira in Gujarat, Dhamra in Odisha, Mormugao in Goa, Visakhapatnam in Andhra Pradesh, Kattupalli and Ennore in Tamil Nadu – have the capacity to handle a combined 395 mt of cargo, accounting for 24% of the country’s total port capacity.

APSEZ is also developing a container transhipment port at Vizhinjam in Kerala and a container terminal at Yangon in Myanmar.

Krishnapatnam is Adani’s second acquisition in the port logistics space in less than a week after the purchase of Snowman Logistics Ltd. for Rs. 296 crore on 27 December.