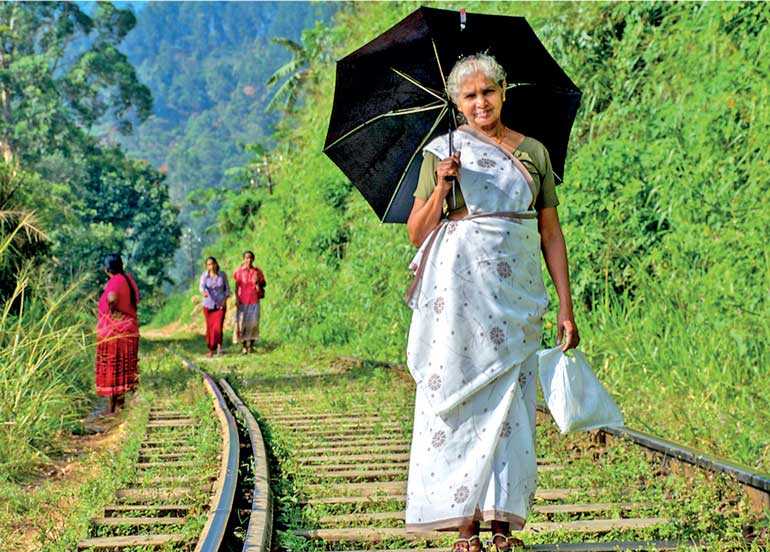 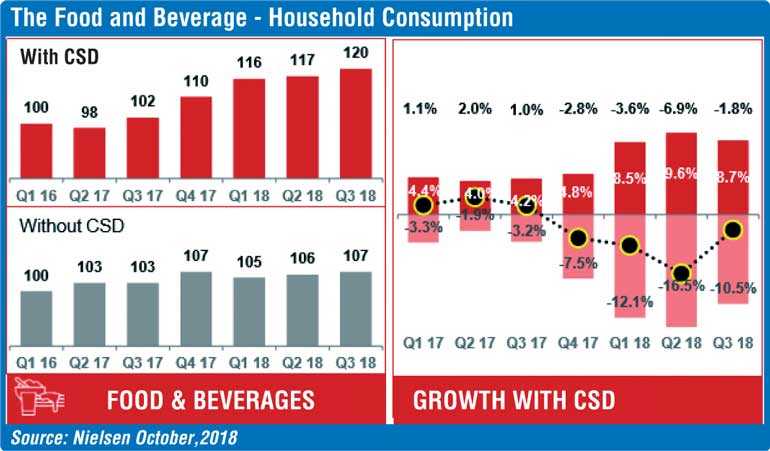 Whilst Sri Lanka is debating what is right and wrong on the governance of the country, the Sri Lankan household is falling part due to escalating costs, as per the latest data released by respected research agency Nielsen.

For the seventh quarter in a row starting from the year 2017-Q1, the consumption of food and beverage has been declining at the household end from a -3.3% to -16.5% in Q2 of the year 2018 which is very alarming. Sadly the Government in power has not been in position to address the issue.

The latest data from the last quarter reveals that consumption has declined by -10.5%, which means that given the depreciation of the currency by almost 5% in the last two months, the situation will only aggravate given that most items consumed at a household end- such as rice, sugar, sprats, flour, dhal, chickpeas, green-gram and canned fish imported.

What Sri Lanka requires at a macro end is ‘disruptive management thinking’ just like what Trump did to the US economy to make it one of the strongest economies globally though very rash, very selfish and very aggressive.

But the million dollar question is who can do this at a juncture, when the country has lost its traction in the last three years, be it tourism, exports or industrial value chain development. A point to note is that whoever takes over the country has to pay $ 4.2 billion for debt taken in the last 10 years. A very challenging task.

The overall business confidence as per the Nielsen report is at 87, which is the lowest confidence level that the private sector has had in the last four years. As per the graphs we can see from a 165 in October 2016, we see the sentiment dropping drastically to an all-time low ebb which is reflective on the consumer consumption behaviour as discussed above.

Whilst the National Exports Strategy was launched around three months back, exports in 2018 have slowed down to date to just 6% as against the 10% growth experienced last year. A point to note is that, unless exports grow by 10% year on year till 2022 the target set of 28 billion dollars is a distant dream for Sri Lanka.

What is worrying as per the analysis done by my lecturer from Harvard, Prof. Ricardo Haussmann, a typical country’s growth model must be on three fronts – garment exports, machinery and electronics. Countries like Thailand, Vietnam and China have seen the value chain development on the latter two, machinery and electronics, which has resulted in the country moving into the industrial revolution at a higher integration of science and technology.

In countries like Thailand the machinery and electronics industry has overtaken apparel exports. However when it comes to Sri Lanka the latter two are almost insignificant, which is the sad reality. My mind just goes back to the words of the Director of ITC at the launch of the National Exports Strategy 2022: “This launch is not about photographs but serious and radical reforms that must be launched.” Sadly, Sri Lanka is at sea on the agenda of reforms until 17 January 2019.

This situation will have serious implications for currency stabilisation and the impact to the Sri Lanka household, given that 83% of exports are generated by the SME sector of Sri Lanka.

Given the recent developments in Sri Lanka that can be clubbed to ‘Governance,’ the implication is the global perception and ratings from credit agencies and trade agreements. If I were to conceptualise this, it is the nation brand image value and the ramifications to the country.

(The writer is the country head for a global investment company apart from the diversity of business portfolios he shoulders. The thoughts are strictly his personal views.)