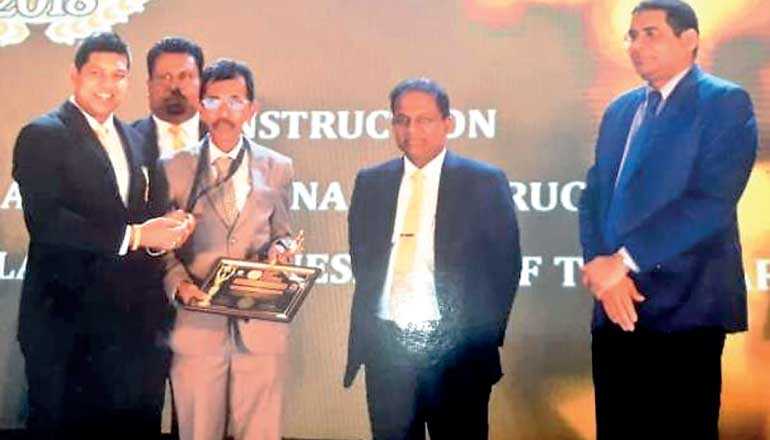 Abeywardana Constructions has earned a name as a registered contractor who has successfully completed massive constructions including highways, bridges, canals and multi storey buildings. Founded in 1990 the company won the award of excellence in irrigation sector at NCASL awards in 2007 for its project of water supply, irrigation, canal reconstructions and rehabilitation of Damminkandegama. Thereafter Abeywardana Constructions continued to receive similar awards for successful completion of many projects in 2008, 2010, 2011, 2014, 2015 and 2016. Receiving Janabhimanya awards in 2017 and 2018 was a turning point in their journey. The company has been awarded with ISO 9001:2015 quality certification. Commenting on the prestigious achievement, Abeywardana Constructions MD Abeywardana    stated that the dedication of his staff and the customers’ trust paved the way for them to reach such a higher level in the construction field. “I would like to express my heart felt gratitude to all my employees and our sole ambition is to go further in the construction sector and render a much better service with modern technology,” he added.