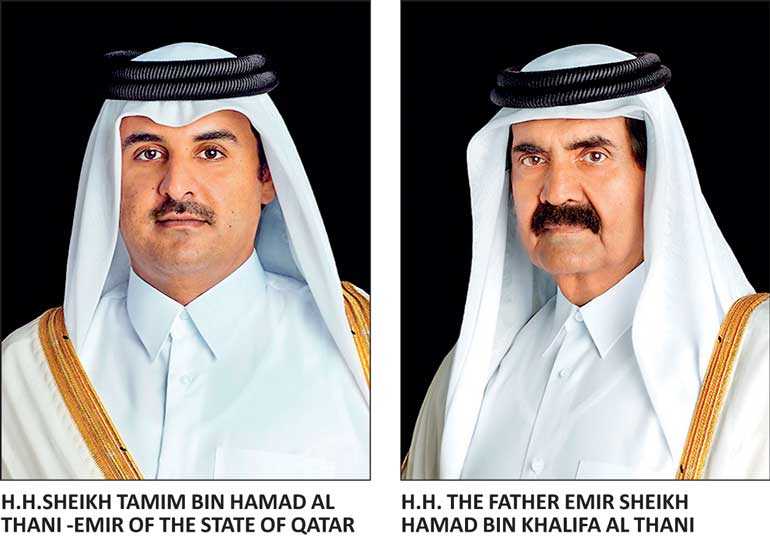 The National Day Celebrations Organizing Committee announced the motto of Qatar National Day 2019 “Ten years embraced glory and arts Obtained all excellence and manliness” a verse from a poem by the Founder Sheikh Jassim bin Mohammed bin Thani, and the accompanying slogan “The path of excellence is difficult”.

The State of Qatar celebrates ‘Qatar National Day’ on December 18 each year.

In a statement Organizing Committee said that the Founder Sheikh Jassim bin Mohammed bin Thani, in this stanza, laments his martyr son, Sheikh Joaan, and gives a glimpse into the truth of a generation of young people who grew up on ethics and knowledge and were brought up to search and acquire knowledge even if the price of that sacrifice was too expensive.

On the reasons of selecting this motto for Qatar National Day 2019, the organizing committee said: “And, because the challenges are always there, Qataris have always been prepared for the challenges of life, from natural disasters or the economic challenges such as the Pearl Depression, as well as the military and security challenges from the Mesaimeer in 1851 until the siege of Qatar in 2017.

All the challenges have been linked to a common factor across successive generations and it is the readiness of Qataris, especially young people, to confront these challenges with two weapons: morality and science, above all else”. 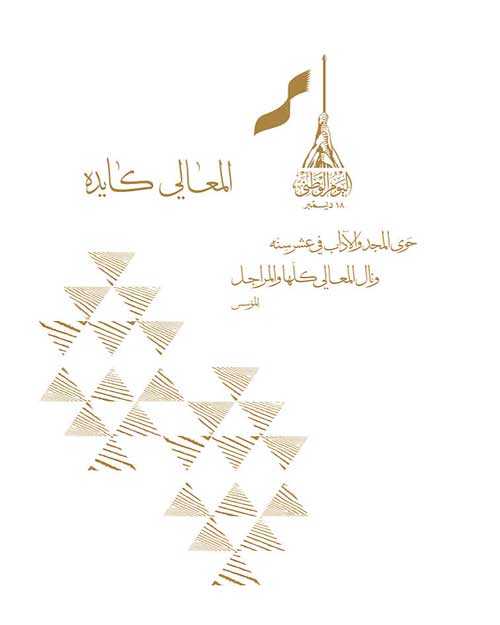 Qatar at a Glance

Qatar is an independent sovereign country led by His Highness Sheikh Tamim bin Hamad Al–Thani, the Emir of Qatar. The country includes a number of islands, mountains and sea shallows.

Qatar is a small, oil and gas rich country located near the middle of the western coast line of the Arab Gulf. The total area of Qatar is 11521 square kilometers.

Qatar possesses an impressive 14 percent of the world’s total gas reserves. Qatar’s per capita income is amongst the highest in the world.

Qatar’s ambition to be strongly positioned on the world stage achieved new heights in 2010 when the nation won the right to host the FIFA World Cup in 2022.

Qatar’s focus has not been limited to bilateral cooperation on the governmental level it also extends to multilateral cooperation as can be seen from its membership of 328 international, Arab, and regional organizations and bodies operating in political, economic, social, cultural ,and scientific domains.

Qatar is one of the wealthiest countries in the world in terms of GDP per capita. It’s economy is highly dependent on oil and natural gas extraction which accounts for more than 50% of GDP, 85% of export earnings, and 70% of government revenues. Since proven oil and gas reserves are estimated to sustain current production levels only for the medium run, the government has been making new initiatives and efforts to diversify the economy into a sustainable long-term income model.

According to Heritage.org, Qatar’s economic freedom score is 72.6, which makes it the 28th freest economy in the 2019 index.

As of 2018, it is the second largest exporter of natural gas and has the third largest proven natural gas reserve.

From 2019 onwards, the decision to increase LNG output by 30 percent by 2024 will increasingly drive Qatar’s next development phase. The 30 percent increase will boost Qatar’s LNG capacity from 77 million tons currently to 100 million tons  by 2024.

Beyond the direct impact on non-hydrocarbon GDP, this new investment phase, which should begin in earnest from 2020 onwards, will generate substantial multiplier effects on the wider economy, lifting demand for goods and services and driving the country’s development in line with the Qatar National Vision 2030.

Qatar Coping with its Economic and Diplomatic Embargo

June 2017, an embargo was introduced by four neighbouring countries - Saudi Arabia, Bahrain, Egypt and the United Arab Emirates accused Qatar of supporting terrorism, a charge Qatar strongly denies. Prior to the blockade, as much as 60% of Qatar’s imports are estimated to have come through the countries now boycotting it, particularly its food supplies, so the government had to act fast to secure alternative supply routes through Turkey and Iran. Almost two years of blockade, it seems like Qatar has managed to cope quite well and becoming self-sufficient.

To boost overseas investment in Qatar, in recent years the government has announced economic reforms related to labour laws, special economic zones, privatisation and higher foreign ownership limits that it says will make it easier to invest and operate in the country.

The Qatar government is already using oil and gas to get the overall economy to the next level. Along with this, the modernization of the country’s infrastructure is also paving a way on which the economy can develop. Moreover, according to the ‘Qatar National Vision 2030’, the addition of education, fossil fuels, and environment friendliness will also help Qatar’s economy.

Over the next years, it is expected that the Qatari economy will be transformed into something that is focused on high-end technology and industries. But not to forget, the main influence on this country will always be from prices and production of natural energy.

Launched in October 2008, the Qatar National Vision 2030 aims to build a bridge between the present and the future. It also aims to advance Qatar’s sustainable development goals, providing its current residents and future generations with a standard of high living. Qatar National Vision 2030 aspires to make Qatar an active and prosperous country, striving for economic and social equality among citizens. The National Vision also encourages all Qataris to work together as a community - backed by strong Islamic and family values.

Qatar National Vision 2030 aims to establish a society based on justice, charity and equality; a society that embodies its constitution’s principles, which protect public and personal freedoms. It additionally emphasizes ethical, religious and traditional values and guarantees security, stability and equal opportunities. Qatar National Vision 2030 is therefore based on these four pillars:

Social Development - developing a just and caring society based on high moral standards and capable of playing a significant role in the development of global partnerships.

Economic Development -developing a competitive and diversified economy, capable of meeting peoples’ needs and securing a high standard of living for Qatar’s population now and in the future.

Environmental Development -managing growth to ensure and maintain harmony among economic growth, social development and protection of the natural environment.

Qatar will continue to manage its hydrocarbon resources to maintain and improve upon its high standard of living. However, these improvements are not the only aims of the society. The national development strategy aims to achieve a balance among the challenges, outlined in the Qatar National Vision 2030.