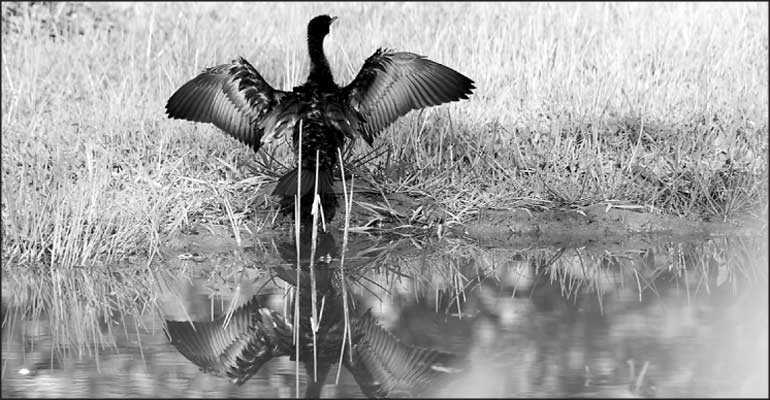 With comparative reference to Jainism and Buddhism: The rights of animals and the delicate balance of our eco-system

Life is sacred in all its forms be it humans, animals or plants. This somehow seems to have eluded our human consciousness, where we seem to think that the world revolves around us! Without plants and animals which constitutes the eco-system on which we all depend upon, there will be no life on earth. For example, having no bees and insects to pollinate the flowers, no planktons to feed the fish and purify the ocean result in depleted resource stocks for the survival of humans. What does the Qur’an say about it: “And there is no creature on [or within] the earth or bird that flies with its wings except [that they are] communities like you. We have not neglected in the Register a thing. Then unto their Lord they will be gathered.” (Qur’an, 6:38) and “Seest thou not that it is Allah Whose praise all beings in the heavens and on earth do celebrate, and the birds (of the air) with wings outspread? Each one knows its own (mode of) prayer and praise, and Allah knows well all that they do” (Qur’an 24:41).

The first verse points to the ‘interspecies (between species) and intraspecies (within a specie)’ interaction and the prevalence of rights associated with their behavioural patterns (Banaei&Haque, 2014). Second, that there is consciousness even though its types may vary, where humans and animals praise the Lord by their very existence warranting respect for their inherent rights of all sentient beings.

Islam labours hard to point out the rights of animals. A Prophetic narration states, “A man felt very thirsty while travelling. When he found a well, he went down the well, quenched his thirst and then came out of it. Meanwhile he saw a dog panting and licking mud because of excessive thirst. He said to himself, “This dog is suffering from thirst as I did.” So, he went down the well again, filled his shoe with water, came out of it and then gave water to the dog. Allah appreciated him for that deed and forgave him.”

The Companions said, “O Allah’s Messenger! Is there a reward for us in serving the animals?” He replied: “There is a reward for serving any living being.” (Bukhari, 1997). Another Prophet narration points out that: “A woman entered the (Hell) Fire because of a cat which she had tied, neither giving it food nor setting it free to eat from the vermin of the earth.” (Bukhari, 1997). The first narration points to a humane response, while the second to preventing cruelty towards animals.

There are some more narrations of compassion towards animals. The Prophet during an expedition on seeing a dog, with its newly littered puppies, put a guard around it, so that the marching armies would not harm it in anyway (Ramadhan, 2007). This clearly points out to the care for life that the Prophet manifested.

This is further reinforced by a narration, where a group of companions were once on a journey, where the Prophet left them for a while. During his absence, they saw a bird with its two young, and they took them out from the nest. The mother bird on seeing this was circling in the air beating its wings in grief. When the Prophet returned, he asked them who has hurt the feeling of this bird by taking the young. He asked them to immediately return it to its nest (Muslim, 2007).

The Prophet has often been referred to as the ‘green Prophet’ and even as ‘environmentalist avant la lettre’ – was an environmentalist meaning before the term was actually coined ((Islam & Islam, 2015). So why is it that some people seem oblivious when it comes to the rights and care of animals? We have somehow missed the point and the way. What is responsible for this omission? Is it the way we were educated or the values of our families and friends that have influenced us? Or is it how religion was taught to us? Perhaps it is a mix of all the above depending on our exposure and our open-mindedness to receive knowledge as well as our ability to introspect and make sense of things within the framework of the bigger picture.

In the light of the above, one of the behaviours that is seen to be of extreme nature is the high level of consumption of meat and the sheer lack of respect for animals.

Somehow, this consumptive behaviour from an Islamic stand point has crept into our households and communities, as if it is a recommended Prophetic practice. It is interesting to note that Jainism, which preceded Buddhism but that which existed in parallel during the time of the Buddha had varying positions on dietary patterns.

The Jain diet is completely devoid of any meat and is strictly vegetarian in nature, while the Buddhist tend to avoid meat in order to better practice the Dharma (include the noble truths and paths – refers to duties, tights, laws, conduct, virtues and the right way of living) but there is no strict ruling from the Buddha himself on this matter (DhammaWiki, 2019).

It is based on the intent of not killing sentient beings that the Buddhist who follows this principal tend to avoid eating meat, while the monks in principle have to accept whatever food that is given to them. The Buddha is to have said: “Monks, I allow you fish and meat that are quite pure in three respects: if they are not seen, heard or suspected to have been killed on purpose for a monk. But, you should not knowingly make use of meat killed on purpose for you.” (Brahmavamso, 1990) Now returning to the Islamic tradition, the ideal Prophetic diet is largely plant-based consisting of fruits – dates, pomegranates, grapes, figs, water melon; vegetables – olives, pumpkins, black seeds, and grains, as well as milk and honey, with only intermittent consumption of meat (Anwar, 2017). This ensured that people in that epoch led a healthy life, with a plant-based diet, while ensuring that meat consumption was well-regulated, which is nutritionally seen to have healing properties as well as a positive effect on alleviating some aliments (Ali et al, 2018).

We now have sufficient data to know that excessive meat has an adverse effect on health (Wu, 2016) and the “assembly-line meat factories consume enormous amounts of energy, pollute water supplies, generate significant greenhouse gases and require ever-increasing amounts of corn, soy and other grains, a dependency that has led to the destruction of vast swaths of the world’s tropical rain forests” (NYT, 2008).

To be continued next week

In order to maintain this delicate balance of our interrelatedness with all beings, it calls for a balanced approach to life, what Buddhism calls ‘majjahimapatipadda’ or in Islam ‘Al-Wasatiyya’ (Dastagir and Ramzy, 2019), which in both cases denotes the ‘middle-way’. This means not only a path of moderation with the exclusion of extremes but also being sensitive to and caring for life as a whole.

In essence, the art of holistic living. It is through this path that is said to be the road to developing a greater vision, knowledge, calmness, insightfulness and towards greater consciousness as professed both by the Buddha (Ibid) and the Prophet (Al-Ghazali, 1991), both of whom were fully cognisant of the folly of the extremes of life be it in food, religion, speech or in one’s behaviour.

In the light of the eco-system, the recently conceptualised Islamic Ecological Paradigm (IEP), which is based on the fundamental concepts in Islamic tradition – tawhid (divine unity), khilafah (trusteeship), and akhira (the hereafter) is gaining attention amongst scholars and activists (Islam & Islam, 2015). Further details of the IEP and Eco-Islam can be found in the research work of Abdelzaher et al (2019) and Islam et al (2015). Given that IEP is deeply rooted within the Islamic tradition, this can be a framework that can be used to address the environmental issues and hazards that is affecting us, including care for the rights of the animals and issues relating to ecological destructions and thinking out ways to regenerate our environment, which quintessentially is a part of us.

In essence by not observing the rights of animals, which is inter-linked with their vegetative habitation, it affects our eco-system, impacting on our well-being as well as on the environment. This is cause for concern and it calls us to ponder seriously and take steps to revert towards a balanced life, which can positively influence our mind-body-mind-environment in order to sustain us as well as the future generations.

(Note: The respect and salutations of peace and blessings for the Prophet and the Buddha are accorded

as per their respective faith traditions.)

Dastagir, Golam and Ramzy, Mohammad Ismath (2019), Understanding “The Other”, Buddhist-Islam Dialogue For Peace with particular reference to ‘Moderation’, Al Shajarah, Journal of Islamic Thought and Civilisation, The International Islamic University, Malaysia (IIUM), Volume 24, Number 1. This has citation from the ThanissaroBhikkhu (trans.), “Maha-Saccaka-Sutta): The longer discourse to Saccaka (MahaSaccakaSutta of the MajjhimaNikaya, MN 36, 2008)

Islam, Md. Nazrul and Islam, Md. Saidul (2015), Human-Animal Relationship: Understanding Animal Rights in the Islamic Ecological Paradigm, Journal for the Study of Religions and Ideologies, Vol. 14, Issue (Summer 2015): 96-126. The concept of the ‘green Prophet’ is cited from Davary, Bahar (2012) on Islam and Ecology and the ‘avant la lettre’ from De Chatel, Francesca (2008) on Prophet Mohammed (SAW): A Pioneer of the Environment.

Ramadhan, Tariq (2007) In the Footsteps of the Prophet: Lessons in the Life of Muhammad, Oxford University Press, UK, p 175

(The writer is a Sri Lankan national who studied at Royal College, Colombo and moved on to complete his first Ph.D. in International Rural Development with focus on Local Organisations in Myanmar (University of Reading, United Kingdom) and his second Ph.D. in Spiritual Leadership and Self Development: A Case Study of a Spiritual Order in Malaysia (University of Malaya). He is currently the Director Programmes, with the International Dialogue Centre (KAICIID), Vienna, Austria involved in Interreligious Dialogue in Peacebuilding.)

Other stories in Today "HARMONY PAGE"

Teaching the concept of Karma through the cinematic realm

All mystics speak the same language, for they come from the same country