Home / Other Sectors/ DFSD launches next chapter at ‘DesignMeetsArtisan’ event 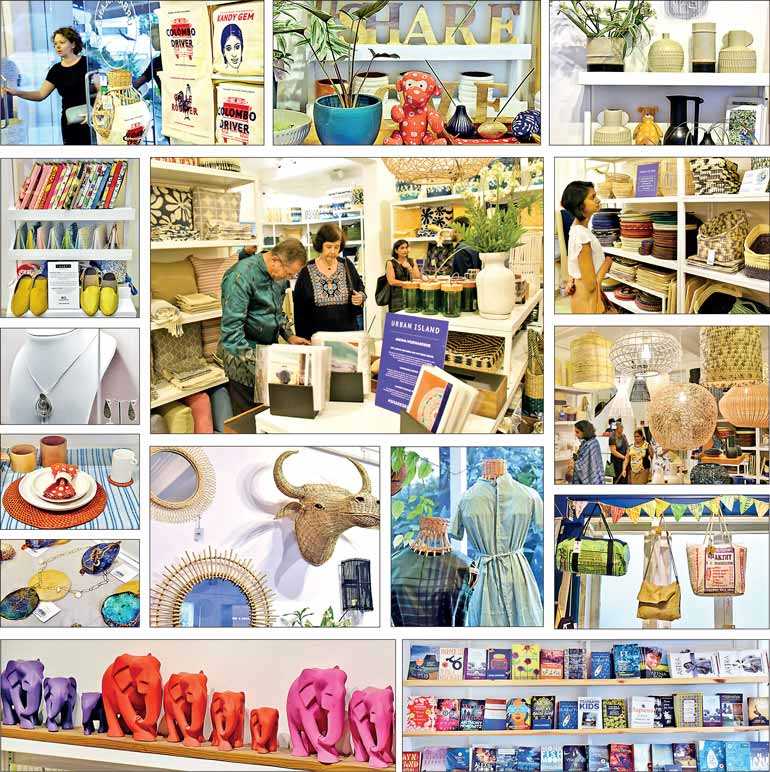 In a bid to announce its next chapter and new initiatives, Sri Lanka’s Design for Sustainable Development Foundation (DFSD) hosted a ‘DesignMeetsArtisan’ reception to a group of longstanding supporters of the foundation and some new design and creative enthusiasts recently. 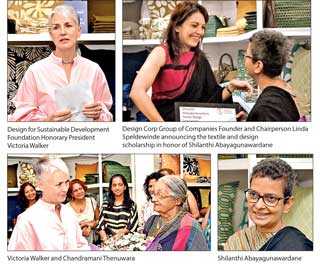 Celebrating its eight-year journey, DFSD is to begin its next chapter by maintaining focus on artisans with more initiatives to support its work and ethics, said officials during the event. The new initiatives to motivate artisans are; providing education and training to create leaders in the artisan community apart from the ongoing technical trainings, new material development using sustainable sources; banana fibre, palm leather, palmyrah fibre and encouraging greater use of natural and sustainable dye.

Sri Lanka DFSD Foundation President Victoria Walker stated that their main objective was to support the artisans and designers to continue their creations, while recognising the heritage and protecting the environment.

According to her, design and innovation is an important driver in promoting Sri Lankan craft, handmade textiles, and nurturing heritage skills. She said that the new initiatives will focus on education, assisting artisans with designs and marketing and empowering and developing the next generation of leaders in the industry.

AOD Founder Linda Speldewinde spoke on the foundation’s journey of convincing the hotel industry to purchase the local creations such as palmyrah baskets designed by local artisans without importing them. “The foundation has come a long way, and we have supplied products to many hotels in the country from Jetwing to many other hotels as well,” she noted.

Anoma Wijewardane, a renowned contemporary artist, has also been a part of the work the foundation has been doing. She stated: “It’s been amazing to see how far this work has come to now having a physical store as well. I have been lucky to have been a part of the visits and to see the work that goes behind this, and actually see it progress and have an impact on the people that are making the product and seeing this connection has been very exciting and rewarding.”

Two prominent figures in the design community, Chandramani Thenuwara who was recently honoured with a lifetime achievement award by the Textile Institute of the UK and Shilanthi Abayagunawardane, in whose honour a textile and design scholarship was established through the Foundation, were also acknowledged at the event.

Sri Lanka’s DFSD established as a non-profit organisation by Academy of Design (AOD) in 2011, now works with over a thousand artisan across Sri Lanka, assisted by over 50 designers from local and international backgrounds, and a growing network of clients and supporters with an interest in quality craft.

The result is a beautiful range of hand-produced items from across the island that are sold domestically and internationally by Urban Island, Fashionmarket.lk and other ethical retailers. DFSD ensures artisans are properly trained and rewarded, middle-men bypassed, and skills passed on to the next generation with a strong focus on sound environmental practices, women’s empowerment and promoting heritage skills.