Home / Opinion and Issues/ Why use the flat pin 13A plug and socket outlet system in your home?

A few years ago, there were press releases advising electricity consumers about the time-phased transfer to the use of the 13 ampere (A) flat pin plugs and socket outlets, and the associated mandatory deadlines. The transfer was from the round pin 2A, 5A and 15A socket outlets to the 13A ones. Some consumers may have been irked by this requirement when they feel that the good old round pin 5A and 15A socket outlets had served them so well. However, it might be interesting and instructive to revisit the reasons for this change and consider the business environment and decision-making process that lead to the 13A system.

By the end of World War II, experience had shown that from the standpoint of UK electricity consumers, the 2A, 5A, and 15A sockets were costly, inconvenient and unsafe. Also there was no question of standardising on 15A sockets on account of their cost and size.

Meanwhile, there was a rapid increase in the use of small domestic electrical appliances necessitating the economical provision of a socket outlet system. In 1942, ‘The Electrical Installation Committee’ was formed by a UK Cabinet Minister (Lord Reith) and this committee held 22 meetings between 1942 and 1944. Alternatives to using individual circuits to power separate socket outlets were considered specifically taking into account the following. 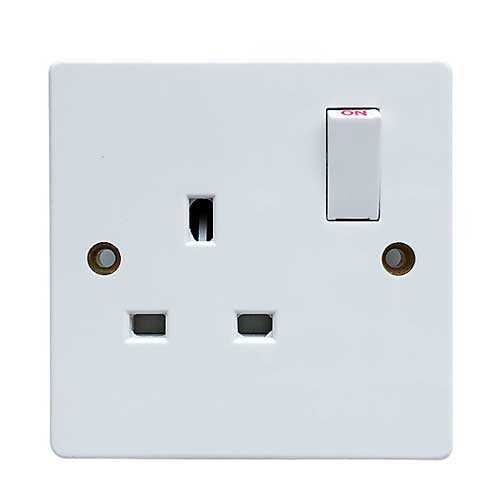 Necessity to improve upon the safety of the existing 2A, 5A, and 15A systems

The reason for considering the UK’s experience is that the IET Wiring Regulations (BS 7671: 2018), published by the Institution of Engineering and Technology (IET) of the UK, are statutorily binding in Sri Lanka for all residential, commercial and industrial buildings.

Initially a majority of the committee favoured a new standard for a compromise 10A fused, shuttered socket outlet and plug with round pins. But the final decision, which was a unanimous one, was for a 13A flat pin (rectangular section) system. This was introduced to the UK in 1947 – following years of debate beginning in June 1942. The reader might wonder how the committee arrived at this peculiar (unlucky?) number of 13.  One would normally expect a ‘round’ number such as 5, 10, or 15, etc. My understanding is that the 3kW heater was popular then (and now); and perspicacious readers of this article would realise that since power = voltage*current, 3*103 watts divided by 230Volts equals 13A (to the first decimal place). However, it should be borne in mind that it is not safe to power a 3kW load continuously from a 13A plug and socket outlet. The next consideration was the wiring system. The system used then, and also in many homes today, is a ‘radial; or ‘tree’ system where, starting from the electrical distribution board, a large number of circuits radiates out to points of use (socket outlets).

This system becomes more and more costly with increasing items of electrical equipment, tempting consumers to install multi-socket adapters and associated trailing leads where one socket outlet powers several appliances. It has been amply demonstrated that this practice can lead to electrocution, fires, and falls (tripping over trailing leads on the floor). Electrocution fatality statistics show that in 2015, there were about 95 electrocutions in Sri Lanka, whereas the European average is less than 0.5 per million of population. Thus our fatality rate is about 10 times that of European countries! (Not all such fatalities in Sri Lanka takes place in homes. Many are due to the use of exposed wires to kill wild animals!)

To reduce costs and hazards inherent in the old system an innovative approach was called for.

First, there were certain shortcomings in plugs having circular pins, and it was found that flat pins increase both the contact area and the contact force between the plug and its socket. This reduces arcing and increases the current carrying capacity. The latter means that for the same physical size, a flat pin plug can carry a larger current in comparison to a round pin one, and hence is safer and more cost-effective. Once the basic advantage of the flat pin plug and socket outlet was recognised, further improvements were added. 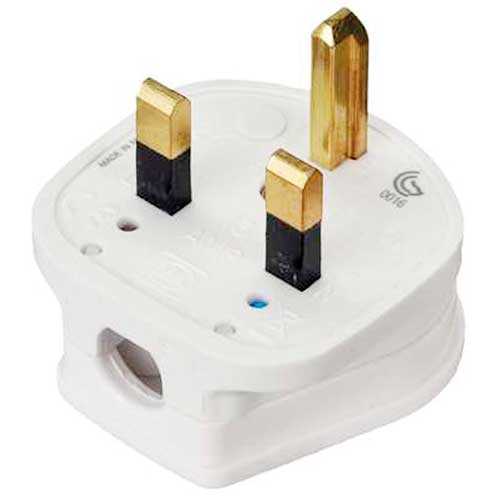 The current carrying pins of flat pin plugs have a partial covering such that when the plug is being inserted, it is not possible for the user to come into contact with the uninsulated parts of these pins.

When wired properly, tugging at the flex connecting the appliances to the plug will result in the live wire separating first, followed by the neutral wire, and last of all the earth wire (all three are connected to the plug). This ensures that the appliance is ‘earthed’ to the very end.

A fuse of variable fusing current was introduced into the 13A plug so as to protect the appliance and its flex cable. (This feature is not present in standard 5A and 15A plugs and is the cause of many appliance and flex cable fires and also electrocutions.)

The socket outlet is ‘shuttered’. The ‘earth’ pin has to enter first to permit the current carrying pins to enter. (This safety feature is present in the 5A and 15A socket outlets as well.) Thus, the appliance is ‘earthed’ before the power supply gets connected to it.

Second, the cost of wiring increasing numbers of appliances (generally two socket outlets per circuit using 1.5 mm2 cable) had to be reduced. The answer was the ‘ring final circuit’ system where each conductor starts from the distribution board and returns to the terminal from where it originated, thereby forming a closed loop or a ‘ring’. This arrangement enables connecting any number of 13A socket outlets – subject to certain floor area based restrictions – to the ‘ring’ wired in 2.5mm2 cable and protected by a 30/32A protective device located in the distribution board.

The UK plug, socket outlet and ring final circuit system has proven itself over a period of more than 70 years. It requires 30% less cable and saves about 25% by way of wiring costs for a typical house, not to mention the overall improvement in safety. Malcolm Mullins of MK Electric, UK (one of the largest electrical accessories manufacturers in the UK) has observed, “Its development was due to the recognition of an opportunity seen by leaders during a time of war and mass destruction, A truly unique, innovative, world class system was developed by people of vision. A system that cannot be equalled in terms of safety, performance and convenience.”

Selecting the plug fuse with the correct fusing current value is of paramount importance (this current depends on the rated current of the appliance and also that of the flex).