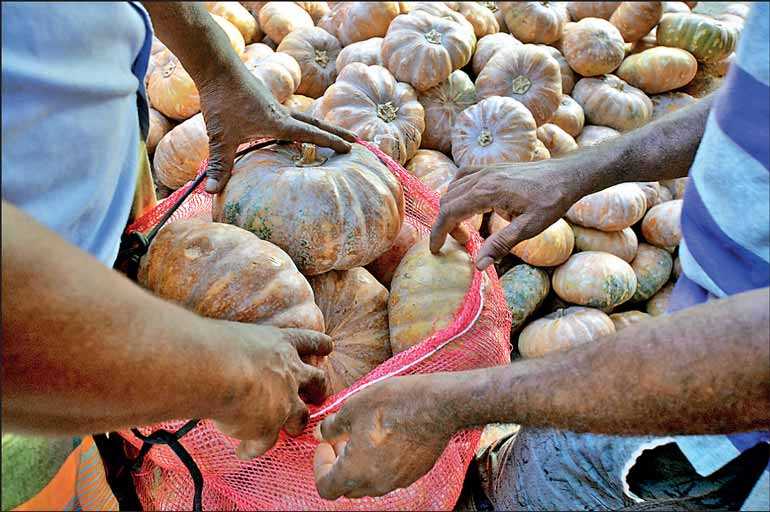 Once every two weeks, the Cabinet Sub-Committee on Cost of Living meets to discuss a myriad of components that have a direct impact on our living conditions. These components range from examining price trend analyses of essential food items to formulating price formulae and cost structures to ensure healthy levels of market competition – Pic by Shehan Gunasekara 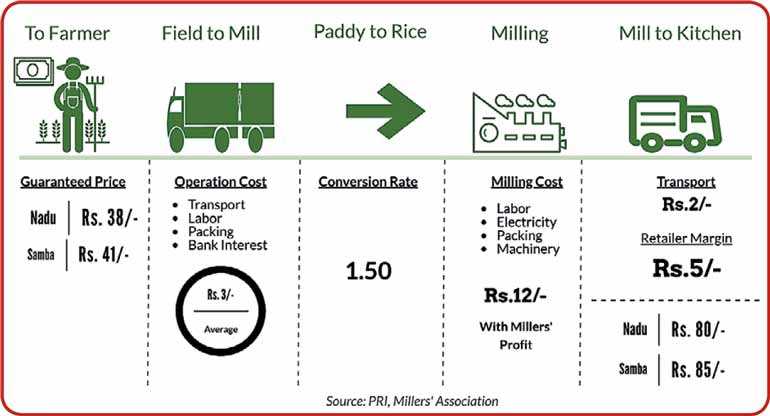 The Cabinet Sub-Committee on Cost of Living was appointed under the chairmanship of Minister of Development Strategies and International Trade Malik Samarawickrema and is currently convened by the Ministry of Economic Reforms and Public Distribution (MERPD).

Once every two weeks, this committee meets to discuss a myriad of components that have a direct impact on our living conditions. These components range from examining price trend analyses of essential food items to formulating price formulae and cost structures to ensure healthy levels of market competition.

They additionally aim to intervene to address specific market failures, as well as other anomalies that may arise in different industries. Therefore, the committee essentially provides the private sector a platform to voice their grievances and seek government intervention when required as well.

The committee utilises the different expertise of the various stakeholders involved who gather data and conduct the relevant statistical, financial, and policy analysis. This is then evaluated by the committee, allowing them to make an educated decision on how to move forward and resolve the anomaly, as opposed to making ad hoc decisions that lack the support of data.

One such example of a recent successful market intervention is the imposition of a Maximum Retail Price (MRP) for rice. The analysis of the rice market showed relatively high prices of different rice varieties which hinders local producers and consumers alike. Therefore, the committee recognised the need to set an MRP to ensure the continuity of a healthy market.

The Analytics Unit of the MERPD worked in conjunction with the Ministry of Agriculture and the Hector Kobbekaduwa Agrarian Research and Training Institute (HARTI) to conduct a detailed analysis of the rice market. A market survey was conducted by the Department of Census and Statistics to gather data, and this data was combined with existing time series data on production, importation, and local prices, to map out a comprehensive market report.

Upon evaluating this data, the committee decided to issue a gazette notification imposing the MRP for Nadu and Samba rice (both imported and local) at Rs.80 per kg and Rs.85 per kg, respectively, which has since been approved by the Cabinet. This will be successful in ensuring price stability and competition in a market that currently embodies an oligopolistic structure and is highly susceptible to external shocks.

However, its success is only as far as it is imposed, and thus the committee instructed the Consumer Affairs Authority (CAA) to raid retailers who are selling rice at a price above the gazetted MRP and suggested the introduction of a WhatsApp number that consumers could use to provide information on outlets selling at a higher price, thereby allowing more stringent monitoring.

Another subject that has taken precedence in recent Committee meetings is the development and implementation of a pricing formula for Liquid Petroleum Gas (LPG). A pricing formula in determining the Maximum Retail Price would have a significant positive impact in a market that is inherently predisposed to the influence of complex external forces. It additionally supports the move from the current ad hoc influenced method of pricing, to a more evidence-based approach subjected to systematic quarterly price revisions as well.

The gas market in Sri Lanka embodies a duopolistic nature, dominated by Litro Gas Lanka and LAUGFS Gas PLC; two companies with different cost structures, distribution models and levels of market share. Creating a formula that complies with these differences, while also ensuring that it would be sustainable in the long-run and effective in maintaining healthy levels of competition is the primary goal of the committee.

A pricing committee comprising officials from the Consumer Affairs Authority, Ministry of Finance, Central Bank of Sri Lanka, Ministry of Industry and Commerce and MERPD Analytics Unit has undertaken comprehensive data gathering and analysis to formulate a tentative pricing formula. After further calibration, the final pricing formula is to be presented to the Cost of Living Committee upon completion.

Rs. 82 million worth of rotten potatoes

The investigation into the Rs. 82 million worth of rotten potatoes is another topic the committee has been deliberating. The investigation was carried out in the Veyangoda and Orugodawatta warehouses by a separate committee of officials appointed by the Ministry of Industry and Commerce, and their report stated that 43% of the total potatoes in the warehouse had been found rotten, which carries a monetary value of Rs. 82.3 million.

The committee iterated the importance of storing potatoes in suitable storage conditions and further emphasised on the need to increase storage facilities similar to the Dambulla Climate Controlled Warehouse that is being built. Following a series of discussions, the Cooperative Societies Federation of Sri Lanka (COOPFED) agreed to pay the remaining Rs. 21 million to the farmers. The committee reiterated the need to hold those accountable for this negligence in order to ensure the avoidance.

The Coconut Growers Association (CGA) reached out to the committee as well to help them address the rapidly declining farm-gate price of coconuts (the price of the product when it leaves the farm, excluding any mark-up added by retailers).

The coconut industry is the third-largest contributor towards the Gross Domestic Product (GDP) of Sri Lanka, with an annual yield of between 2,800 million to 3,000 million coconuts. While the average cost of production in the plantations lies between Rs. 30 and Rs. 35, over the past few months the farm-gate price of coconuts has rapidly declined to Rs. 20 per husked nut; implying a net loss of Rs. 10 to Rs. 15 per nut at the point of sale at today’s prices.

The association blames this on numerous factors, primarily the excessive import of edible crude oil and the absence of a regulatory body to monitor the importation of palm olein and other edible oils which are sold at a lower price than coconut oil.

Following several discussions between industry stakeholders and relevant Government authorities, the Cost of Living Sub Committee recommended that all importers and producers of edible oils should be under a central monitoring system facilitated by a database. The database is to specify the type of oil, total domestic requirement, quantity imported, annual local production, and applicable tax rates.

Additionally, it was agreed that registration of coconut oil, palm oil, and soya bean oil importers will be conducted by the Coconut Development Authority. Additionally, it was decided to increase the import tax (SCL) rate levied on palm oil, which helped to alleviate the crisis experienced by the coconut industry to a certain extent. Under committee instructions, the Ministry of Industry and Commerce and the Ministry of Plantation Industries submitted a joint report of their recommendations.

Ongoing concerns in the local canned fish and wheat flour industry, and the introduction of a milk powder pricing formula are further notable issues that are currently being discussed in the Cost of Living Meetings. Examining different components of this nature from various industries is essential to facilitate the growth of our economy. Important decisions such as these should be made in a manner that would not lead to further shocks in the market, and therefore, it is a prerequisite for in-depth analyses to be conducted on each topic by the relevant parties.

If additional examination is required, the committee ensures the appointment of a pertinent sub-committee to undertake such investigations comprehensively. This is vital as the topics discussed are interrelated in nature, with each industry having subsidiary industries and links to other sectors, thus embodying an extensive network of people.

[The writer is an Analyst at the Economic Reforms Analytics Unit of the Ministry of Economic Reforms and Public Distribution. She is a graduate of BA (Hons) Economics and Politics from the University of Manchester, England.]