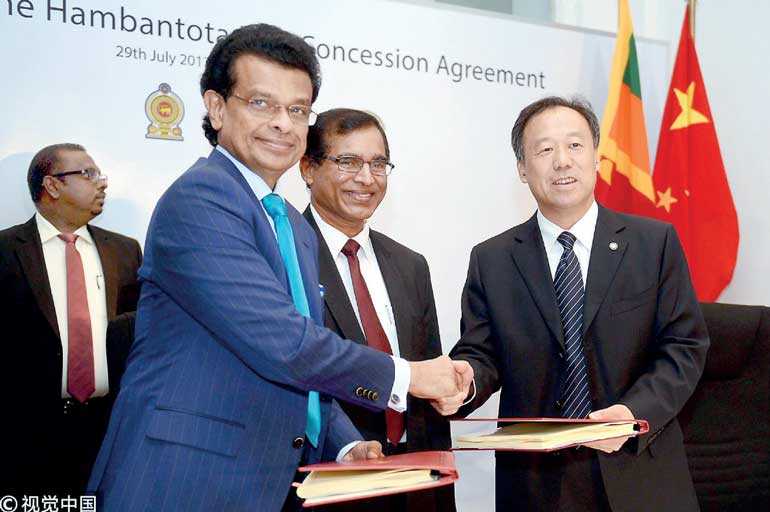 A $ 1.12-billion agreement, a 99-year lease and “debt diplomacy” are some of the flashy words weaving different stories about the Hambantota Port project between China and Sri Lanka.

But what is really happening under the turbulent waters of the maritime port? And if it is commercially run by a joint venture, then who has the final say?

In short, the Hambantota Port is under Sri Lankan sovereignty. And the much-trumpeted security concerns over the commercially-run port by a Chinese company are invalid, as the Sri Lankan Government recently moved its southern naval command to the facility.

“There is no need to be frightened as the security of the Hambantota Port will be under the control of Sri Lanka Navy,” announced a statement by the Sri Lankan Prime Minister’s Office issued in June. It clarified that Sri Lanka and its people own control over the port, and refute allegations that a “Chinese colony is being built” there.

But how to run the commercial port, share the benefits and provide security?

Chinese and Sri Lankan joint ventures will operate the port and share revenues. When it comes to security, Sri Lanka has full responsibility and control.

An item often overlooked in some media reports is that the China Merchants Port Holdings (CMPort) needs to invest up to $ 1.12 billion in Hambantota Port and relevant sea logistic business under the agreement.

Why does Hambantota Port matter?

Colombo, the commercial capital and largest city of Sri Lanka, is too busy to deal with seaborne trade routes. Sri Lanka needed a new economic growth engine, and Hambantota Port, with its proximity to the world’s busiest shipping lanes, proved to be a good option.

Commercial activities at the deep-sea port are expected to trigger economic development for Sri Lanka.

Back in 2005, constructing a new port in Hambantota and connecting it to the capital Colombo via a planned industrial belt was prioritised in the ‘Mahinda Vision for the Future,’ which was proposed by former Sri Lankan President Mahinda Rajapaksa. It aims to transform Sri Lanka into “a hub for sea transport, aviation, business, energy and knowledge”.

How feasible and practical is it to build the Hambantota Port?

The Sri Lankan Government has carried surveys and research regarding that matter in previous years.

In 2004, Ramboll was back in the picture and completed the study in 2007. This was under the second term of Chandrika Kumaratunga.

The conclusion of two feasibility studies under two different governments is clear and convincing: Build the Hambantota Port. 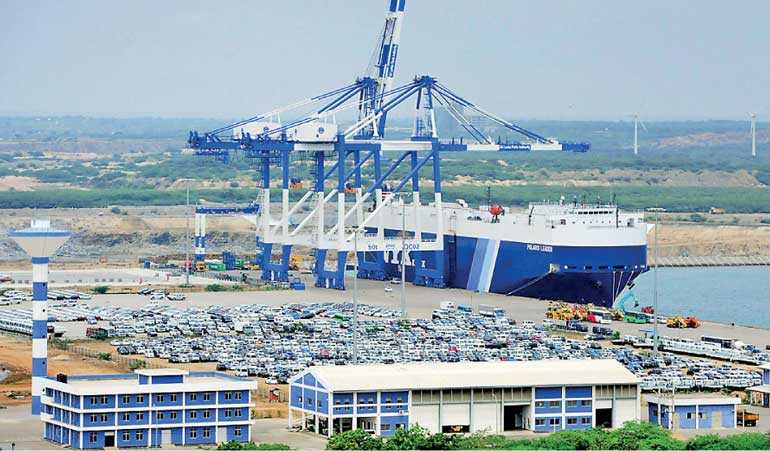 No assistance from India

For years, many observers have spoken of “India’s worry” over the Chinese presence in the Hambantota Port. But separating facts from fiction is essential.

Sri Lanka had first looked to India for assistance to develop the Hambantota Port, but India declined.

A flourishing Hambantota Port, together with the booming Port of Colombo, will be strong competitors to India’s maritime facilities. Despite investing in Sri Lanka, India needs more FDI and loans to develop its own infrastructure.

But China’s assistance with the project was subject to severe criticism from India and the West, even when Indian automobile exports to Sri Lanka were the first batch of goods when the port opened for business.

To win the contract of constructing the Hambantota Port, many countries together with international contractors and financial institutions competed. China’s solution offered the best deal. The actual building cost was lower than the engineering estimates in the feasibility reports by both Ramboll and SNC Lavalin.

In December 2011, the first phase of the Hambantota Port was completed and entered service in 2012.

But some critics said: “Look! Only 34 vessels docked in 2012. With tens of thousands of ships passing by along the world’s busiest shipping lanes. The port failed.”

As for the loan costs and repayment, “the total cost of financing the Hambantota Port (capital plus interest) will be $ 1,761 million by the time the loan expires in 2036. By the end of 2016, nearly $ 500 million of this total amount had already been repaid. There was never any problem about meeting the payments for the Hambantota Port because it was paid out of the profits of the Sri Lanka Ports Authority (SLPA),” according to Mahinda Rajapaksa, former Sri Lanka President.

In addition to the Hambantota Port, China will also set up an industrial zone in the facility. It is hoped that the industrial zone will be an engine to drive the economic development of Sri Lanka, and attract investors from all parts of the world.

Who is the major debt owner of Sri Lanka?

“Sri Lanka has borrowed from the US more than China. These loans are in the form of International Sovereign Bonds, Treasury Bonds, and Treasury bills which have had investors from the US and the West. So if at all Sri Lanka was going to get into trouble, it was not because of the Chinese debt alone, but because of all the debt,” said Ajith Nivard Cabraal, former Governor of Sri Lankan Central Bank in an interview in June this year.

Sri Lanka issued seven sovereign bonds worth $ 5.5 billion between 2007 and 2014. One major portion of the external debt is in the private sector and banks. They are mainly commercial and non-preferential loans with higher interest rate. 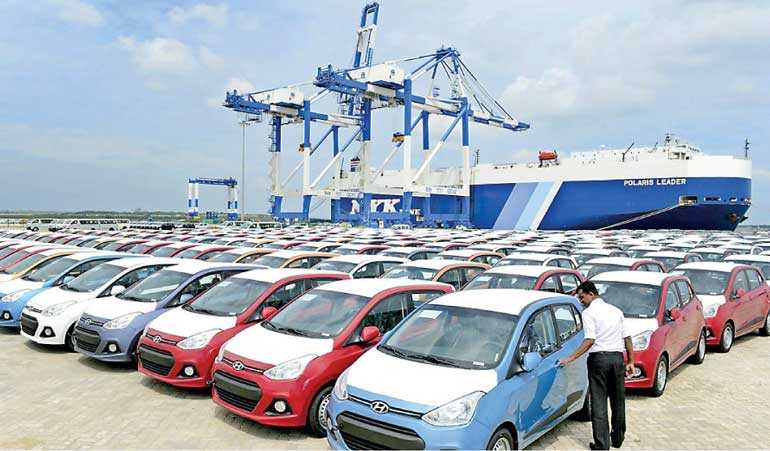 Then who owns them and how much debt does Sri Lanka owe to China?

According to the 2017 Annual Report of the Central Bank of Sri Lanka, the country’s total external debt was $ 51.824 billion, among which outstanding Chinese loans took up only about 10.6% or $ 5.5 billion. Besides, 61.5% of the Chinese loans ($ 3.38 billion) are concessional ones, with a much lower interest rate than the international market.

Clearly for sure, the biggest issue in Sri Lanka is borrowing from global finance capital or the seemingly innocent international capital markets, which charge much higher interest rates. The capital markets are mainly in the US and European countries.

“The opportunity lost by Ceylon (Sri Lanka) was gained by Singapore”

Singapore was not built in a day, so is Sri Lanka’s national development plan.

Situated along one of the busiest shipping lanes, Sri Lanka surely has abundant advantages to achieve an economic leap. But it needs to catch up.

Dubai in the UAE and Shenzhen in southern China became economic miracle through decades of continuing input, strong leadership and stable policy and innovation. So does the Hambantota Port and industrial park nearby. The giant facility will generate a larger foreign exchange flow into Sri Lanka through maritime services and positively impact the foreign reserves of the country. But they need encouragement, not bias.

Empty talks would lead the country to astray. Only hard work can rejuvenate the nation.

(The writer is a research fellow at the Charhar Institute and former government relations and business consultant for Chinese enterprises in Africa and the Middle East. The article reflects the author’s opinion, and not necessarily the views of CGTN.)