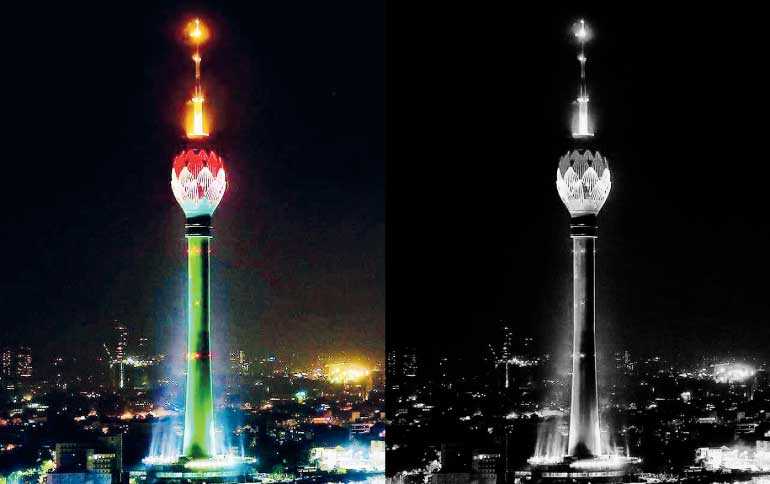 Is this the real life? Or is it just fantasy? The potential state of the nation towers over a country hovering at the crossroads…

I live in two worlds. In one, everything is clear, sharp, light. The new President has lots of potential to boost Sri Lanka into the developmental stratosphere. He has spoken out strongly on national sovereignty and set a personal and professional example of simplicity and austerity. This sends powerful signals to State, bureaucracy and legislative chamber that he means business – and they had better buck up too. Or else.

That feeling of apathy at the paltry state of poor governance has gone. Traffic flows, pedestrians cross with caution, garbage is being taken out except perhaps in a certain House. And no one on board with a strategic vision for growth in general and developmental progress in particular needs to be in the doldrums any more it seems. There is a hopeful new aura that our island nation has started its long steep ascent to the bright sunlit uplands.

South Asia, here we come! So move over, Singapore! Of course, this is simply the dominant mood in a majority of Sri Lanka. It could prove to be changeable if power is not exercised with control.

There is another world also, which I inhabit with caution. And I don’t like it as much or even one bit. It reminds me of a modern-day ‘road to Mandalay’ instead of to Malaysia, if you know what I mean. We could be on the fast track to an authoritarian ethnocracy IF a chauvinistic political culture trumps a technocratic presidency.

Also, and especially if, the critics of Government – such as the political Opposition and a once-vocal civil society – don’t step smart, sharp, and savvy… and soon at that. Here be dragons, and not all of them are made in China, or India or America for that matter. Made in Sri Lanka are our ‘garments without guilt’. Hope we won’t end up having to wear next to nothing in terms of our personal integrity simply in order to keep the national peace about ‘the emperor’s new clothes’.

Some of the issues that threaten to beset us are the old familiar beasts of burden in a still-bipartisan polity. It’s the changing of the guard to reinstate the old guard when power changes hands, instead of the promised sea-change. They are the bane of a peace-loving public and those who yearn for justice with transparency and accountability.

There is also a growing perception of danger to the culture of dissident and critical engagement which a healthy democracy needs. For instance: the Swiss Embassy case, which continues to cause a ruckus and create a tsunami of fact, fiction and torn-in-two public sentiment. Surely Sri Lanka is sharply divided over what actually happened in the case of that allegedly abducted servant of another State – because one half of the world cannot understand the pressures of the other.

The home State, while sterling in its handling of the investigation, has come under fire from an apparent lack of neutrality by Switzerland, whose electorates and not necessarily their State policy seem to dictate their antiterrorism stance. At home, though, however you might look at it – whether as an incident of strategic commission by State actors or others close to them, or an accident of strange omission engineered by those seeking to embarrass the new regime for its past modus operandi – the state of our homeland security and that assurance of the same is under no small cloud at present.

Other beastly irritations such as a long list full of the usual suspects being appointed to high office linger like a nasty cough that smokers and denizens of smog-filled Colombo can’t quite get rid of. That’s politics, not statesmanship; but it’s also realpolitik. It underlines the fissures in Government between a meritocratic technocracy that could be, and the feudal back-scratching that once was and still threatens to hold sway over Sri Lanka’s GDP-fuelled dreams. 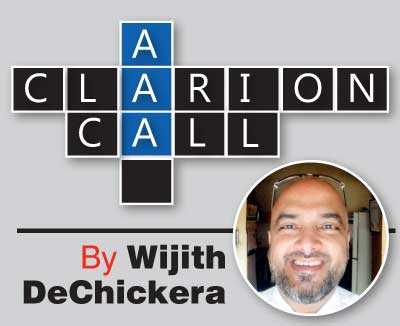 In the former golden arena of a potential paradise where the optimists like to play, the sky is the new limit – literally. It’s a brave new world of drastic but welcome tax cuts and dynamic technocratic plans, policies and programmes to put Sri Lanka back on the world map. Of course, post the prorogation of Parliament, the popular fiscal measures (together with that seminal COPE report: the forensic audit on Central Bank ops since 2007) are on the backburner. And more is the pity about that…

Yet as if in a wakeful dream, I can still see in my mind’s eye all the crystal and concrete but still arboreal beauty of the world to come. It is more than a walk in the park. It is commercial castles in the sky over a new horizon of peace, plenty, prosperity – and hopefully, a proper or restored sense of justice as well as law and order.

The trains run on time. All trishaw drivers are registered by their respective cities and towns, and are suddenly so extraordinarily well-behaved to boot, perhaps because even top cops line the once-congested streets of a workday morning. And best of all, there is no litter lining the streets where once the name of the municipality was trash itself. There’s a lot to be said in favour of this type of discipline.

In the other netherworld though, a shadow has been cast over paradise. An independent-minded editor who stood for democratic-republicanism has fled our silver shores in search of (shall we say) self-examination in self-imposed exile. The small electronic media operations that championed a young ‘pretender to the exec throne’ are being asked hard questions by men with dark looks and grey demeanours. And they will no longer be accredited as journalists in 2020, in an ostensible move to make media ‘professional’ (whatever that may entail).

Ask, or ask for it, and alternate transport arrangements may be made for you in squeaky-clean-looking vehicles – and maybe even lodging for a while. Trust this is the wobble of new beginnings very early in a caretaker phase and not the shape of things to come?

So which of these worlds is real, or more real? “I drink, and I know things”; but this thing I don’t know… yet. And I have a nasty – or clear, sharp, light – feeling that we’re all about to find out. My one true hope, that the country’s fresh new senior leadership is on a stellar trajectory to growth with peace and justice for all, is our last best hope. It is time for our oceanic jewel to shine again, and it would be a pity to compromise the prospect of Asia’s emerging miracle with the business of politics as usual. No pun intended, but the President must nip it in the bud in his own best interest.

Perhaps prorogation of Parliament is a salutary first step in the direction of a presidency that will rule by secretariat? Maybe signing the MCC sans the stamp of approval of the House or back-shelving the COPE/CBSL bomb are secondary to a clearly emerging strategy of cleanse and consolidate?

If an April General Election landslide follows the impending dissolution of Parliament in March next year, the politics of populism may get its unmistakeable marching orders in favour of government by diktat? So change of a kind we have not seen or heard of before is in the air – like particulate matter over Colombo!

So what has changed if at all in the meantime? On the face of it, nothing much in the corridors of power – except that the UNP’s plutocratic cronies are out of office and also out of favour. A bifurcation between the offices of party and opposition leaders might have strengthened, not necessarily weakened, the Grand Old Party (old but not so grand these days). After the mixed disaster that was ‘Good Governance’ (in the end, it was neither very good nor governance of the sort that was promised and which we expected), they have only themselves to blame.

But despite a small cabinet and a somewhat larger cabal of ministering angels, it’s not the clever smart young leading lights that are in charge. Rather, it is the usual suspects arising from the realpolitik whereby even technocratic leaders have to play ball with the political powers behind the throne.

However, conventional wisdom has it that this phenomenon will last only until a general election – and then, reality kicks in over rhetoric and realpolitik. We hope the pundits and professionals who are busy kowtowing to the mandarins now in have got it right this time. And that discipline in all spheres of public and political life would prevail – preferably sooner than later!

And hope is not only the only thing that moderates and liberals and others who are likely to be termed malcontents by the ‘powers that be’ have left. But it is a slightly slippery footing on which to build. One can only wish for a little less ‘castle in the air’ and a lot more of clear, sharp, light direction as to how to transform soft, slow, sleepy Sri Lanka into a fast-moving, dynamic/efficient sun city of South Asia. And whether a subtly nuanced partnership between the new technocracy and vestiges of the old feudalism can tango well together? How technocracy and a determined bureaucracy driven by a statesman-in-the-making can trump the tug and pull of politics as usual remains to be seen…

He has his work cut out for him. Like the historical king of old Lanka on whom he may well model himself, there are pressing problems on many fronts. How he deals with the sensitive case of poverty, State property and its use and abuse, and propriety in the brave new world with oh such people in it will set the tone for not a term but a decade or longer. We wish him well. We all must. All other hopes being lost, dead and gone!

(Journalist | Editor-at-Large of LMD | Writer |Son of a small island. Scion of a larger destiny)