The dynamics of the new Government and the next election 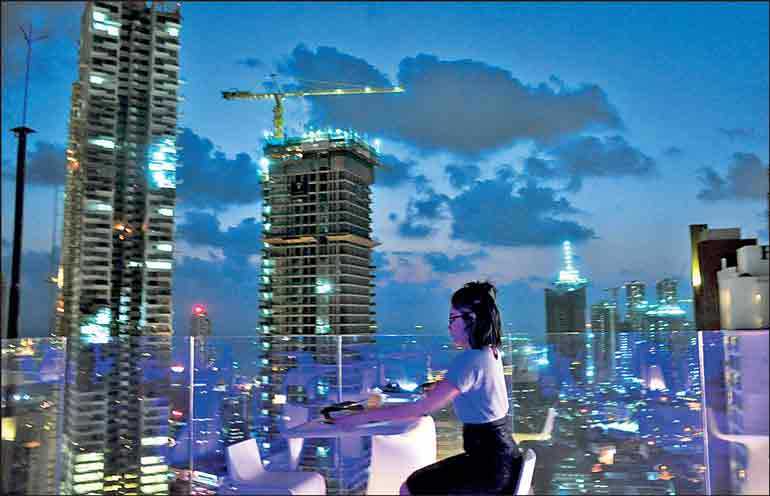 The new Government is moving fast on a range of issues, including economic policy and containing dissidence in the bureaucracy. Although it claims to be renegotiating bilateral agreements from a newfound position of electoral strength, it is constrained by the structure that determines Sri Lanka’s position in the global economy.

The move to offer tax concessions to attract Foreign Direct Investment (FDI) has resulted in renewed warnings from actors such as the World Bank about the need for “fiscal consolidation”. Although we would only likely see changes manifest in the budget after the parliamentary election, the dominant emphasis on attracting private investment means that there will be no shift in the neoliberal direction of the economy under the new Government.

At the same time, the Government’s approach to renegotiating agreements, including with China, reinforces the age-old belief that only a strongman can “get things done.” Whatever the agreement, however, China will get what it wants; not only China, but international creditors in general, including speculators in global capital markets.

Moreover, the Government’s constant changing attitudes toward bilateral agreements reflects the concentration of decision-making powers in the Executive Presidency. This fact inverts the popular assumption that the concentration of powers implies a systematic approach to making the economy sustainable. Instead, rule by fiat aligns with capital’s needs. As many have observed around the world, the historical relationship between capitalism and democracy is breaking down.

In the context of democratic retrenchment, how can most people demand policy that meets their needs? The combination of the Government’s emphasis on political stability to attract FDI and its attitude toward dissidence in the bureaucracy makes clear that it will not brook disruption caused by collective action, such as strikes.

Trade unions in Sri Lanka have long been on the backfoot. Critical manufacturing in the export industry will likely be further shielded from whatever the Government views as interference. Trade unions in the private sector have yet to test their meagre strength in the new political context.

If the past is any example, though, it is more likely that austerity measures imposed on workers would lead to spontaneous uprising, such as the protests in 2011 in Katunayake and other Export Processing Zones against pension reform.

Without organisation, however, protests could just as likely fade, or be suppressed. For now, most in the south, including Sinhala workers in industrial areas, appear to be on board with regime change. They may appreciate the image of the new government getting things done. But this appeal will likely disappear as the economic impact of austerity on most people becomes apparent.

The Government’s ability to balance tax concessions with social service provisioning will inevitably confront a limit. In the meantime, its overarching emphasis on attracting investors means that incentivising economic growth will become the ideology to justify the containment, if not suppression, of workers’ protest during a crisis period; in addition to the ever-present possibility of channelling frustrations into ethnoreligious scapegoating. The nature of collective action

What can progressives do? In view of the creeping fear penetrating liberal civil society, only a broad coalition of actors can break down barriers of isolation and mount an effective opposition. At the same time, this opposition will be weak if it assumes that civil society is a collection of critical-minded individuals.

In contrast, the concept of unionism demonstrates the strength of collective action. Even the humble democratic gains under the previous Government, such as the 19th Amendment, are in danger of being rolled back. The only way to defend, if not expand these rights, is by increasing workers’ leverage to disrupt business as usual in the workplace.

The theory that workers have a vital role to play in winning the democratic demands of the general population is known as social movement unionism. Unfortunately, however, in practical terms, the rhetoric of social movement unionism can also become an excuse to move away from the process of recruiting workers and expanding the mass membership of trade unions, to emphasising fundraising from international organisations.

International organisations are important sources of solidarity. But the model of capacity building projects funded by donors can paradoxically make unions less sustainable. The alternative is to rethink the political framing of trade unionism; specifically, the relationship between parliamentary politics and extra-parliamentary struggle.

Accordingly, before Parliamentary Elections take place next year, it is imperative to create a campaign organisation that can inspire the deep organising workers would need to defend democratic rights in the long run. Recently, the JVP offered an example of a similar style of political engagement in the creation of National People’s Power (NPP), which included other progressive actors. The framing of the electoral choice during the Presidential Election as a battle against bipartisan “corruption,” however, downplayed dangers to democracy.

In addition, the structure of the NPP, as made up by constituent organisations, ignored the need for a democratic model of mass membership that is required to build and sustain political capacity, especially in the event of electoral defeat. Despite the limitations of the NPP model, however, there are too many left parties that are essentially groupuscules. It is redundant to try and create another party outright, however effective its messaging and however democratically run it may be.

Instead, a campaign organisation based on the principle of mass membership could attract people to a comprehensive program focused on building a multi-ethnic working class movement. Moreover, it could create the opportunity for party and non-party aligned candidates to sign on to its platform. If they participate in winnable elections and are successful, these candidates could inspire an electoral coalition that could eventually consolidate disparate progressive forces and establish the foundation for the unification of the left in an effective party.

Time, however, is running out. The Parliamentary Elections are fast approaching. The legwork that would need to be done to build a campaign organisation from the ground up is tremendous. This critical moment is when the magnitude of the challenge demands the equivalent exertion of willpower.