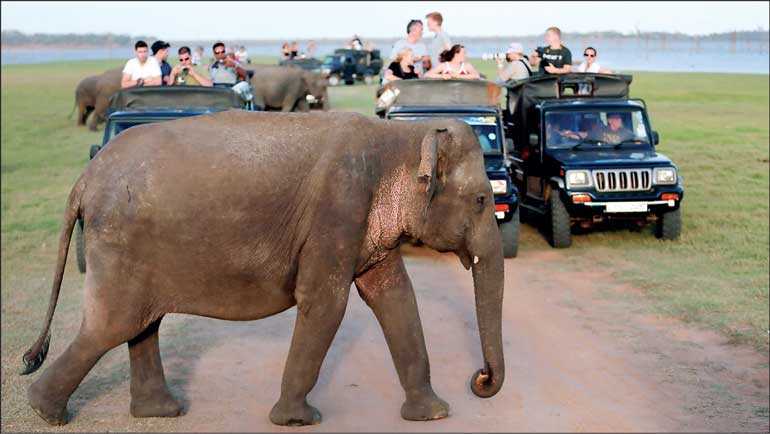 asia.nikkei.com: Seven months after a wave of suicide bombs sucked the life out of Sri Lanka's tourism sector, winter holidaymakers have returned to reclaim the empty shores along the southern coast of the South Asian island.

A group of Russian tourists bob in the shallow Indian Ocean waters on a sun-drenched afternoon in Unawatuna. The resort town is a cove in the south that is a draw for the calm waves that roll on to its wide beach. A few kilometres down the road, the sounds of Russians fill the narrow streets of the Galle Fort, a 17th century relic of Dutch colonialism that is now an UN-recognised cultural heritage site.

"I can finally earn some money," said Chinthaka, a 20-something local resident who drives a three-wheel taxi and ferries tourists from the coast to cultural sites. It is a sentiment shared by other taxi drivers and restaurant owners along this popular tourist stretch who are banking on winter visitors to boost their incomes. This season from December through March is regarded as the peak in Sri Lanka's tourism calendar.

Tourist footfall at Sri Lanka's international airport north of Colombo, its largest city, hints that a rise in tourism-related incomes during the winter season is in store. According to inbound records, close to 1.5 million tourists arrived in the first 10 months of 2019, marking a 20% drop from the same period in the previous year. The largest inflows were from India, China, Britain and Germany, who dominate Sri Lanka's inbound market, which hit a record 2.3 million tourists in 2018.

Tourism industry leaders were expecting much worse – a 30% drop and a longer recovery period – after the country was shaken by a terrorist attack on Easter Sunday in April. More than 250 people were killed and 500 injured in the attacks that came after a decade of fragile ethnic peace following the end of a nearly 30-year civil war.

The attacks, staged by the first homegrown squad of Islamist suicide bombers, targeted three churches and three high-end hotels in Colombo and two towns along the country's western and eastern coast. Foreign governments responded swiftly with warnings that Sri Lanka was not safe for travel, only to be lifted by August.

International airlines followed, slashing their flight schedules. But now, toward the end of the year, some previous connections have resumed, such as the Chinese carriers' flights.

The impact on the country's burgeoning tourism sector, an economic lifeline to the debt-strapped economy, was immediate. "We were heading for a record year in earnings by our mid-April estimates," said Hiran Cooray, Chairman of Jetwing Hotels, Sri Lanka's largest hotel group with 39 resorts under its wing. "But we had 50,000 room-night cancellations overnight after the attacks and the travel advisories." 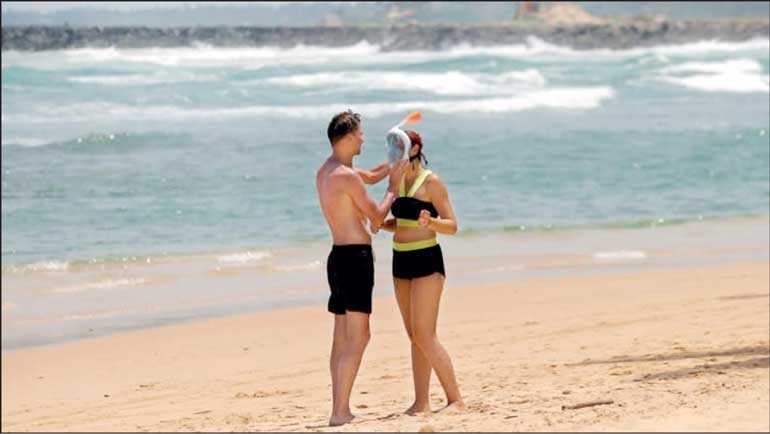 A Russian man helps a woman with a snorkel mask in Hikkaduwa, Sri Lanka, on 10 May – AP

Sri Lanka's tourism earnings in 2019 are estimated to hit $3.5 billion, a drop from $4.4 billion in 2018. Tourism revenue, which accounts for nearly 5% of the country's GDP, rose rapidly to become its third-highest source of foreign currency in 2018. It has helped increase the country's dollar reserves as Sri Lanka faces a daunting foreign debt repayment schedule for its excessive foreign borrowings -- $17 billion in maturing foreign loans and debt servicing between 2019 and 2023.

Industry leaders concede that the post-Easter recovery push was shaped by a drive to restore confidence in tourists that Sri Lanka was once again safe to travel. The private sector took the lead when the government was slack to drum home this message. "We wanted to get the numbers back, get the volumes coming through, despite the yields," said Abbas Esufally, Director at Hemas Group, a Sri Lankan conglomerate with a stake in the tourism industry.

"All the places that offer unique experiences to tourists along the coast and the hill country are getting tourists."

The return is fuelled by room rates being slashed for both Sri Lankan and foreign travellers, with some hotels offering half-priced rooms well into 2020. The Central Bank of Sri Lanka said that despite a recovery following a 70% drop in arrivals in May, tourism earning will take a longer time to recover because the winter bookings filling up hotels are due to the large discounts to fill rooms and restaurants.

Analysts regarded the sector's rise over the past seven years – after it passed one million arrivals in 2012, and saw tourism earnings reach $1 billion for the first time that year – as a measure of the post-war peace dividend.

"Tourism has done extremely well and is absolutely a sunrise industry," said Murtaza Jafferjee, Managing Director of JB securities, a financial consultancy in Colombo. "Technology and online platforms have opened up new tourism markets in Sri Lanka in terms of variety, authenticity, and affordability."

Sri Lanka's tourism recovery had received a shot in the arm from Lonely Planet, the globetrotter's bible. In July, three months after the Easter bombings, it reaffirmed its decision made in 2018 to recognize Sri Lanka as the best country to visit in 2019. That month, Travel and Leisure, a US-based travel magazine, served up a similar compliment, ranking Sri Lanka on top of a list of "The 15 Best Islands in the World."

"The fact that nothing happened after the Easter bombings gave confidence with time," said Sutheash Balasubramaniam, former Managing Director of the State-run Sri Lanka Tourism Promotion Bureau. "But Sri Lanka has been unable to gain leverage on the Lonely Planet's 2019 rankings because of political disruptions."