Home / Opinion and Issues/ Sri Lanka and the Maldives at 54: A new foreign policy agenda for neighbourly islands

Sri Lanka and the Maldives at 54: A new foreign policy agenda for neighbourly islands 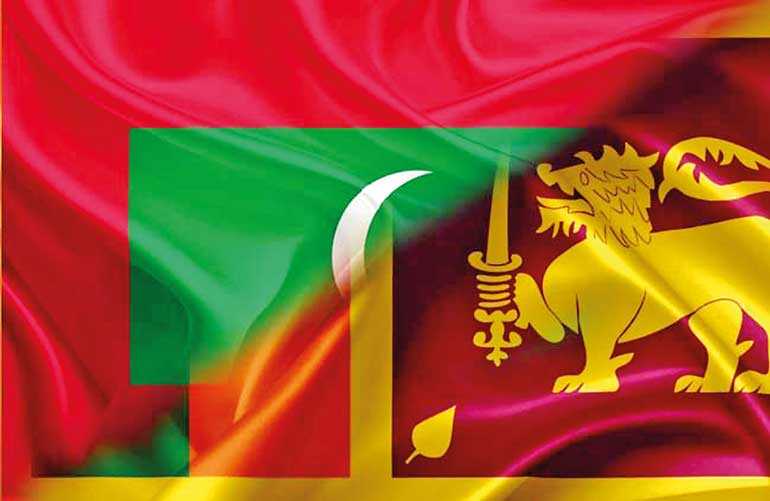 As with the Maldives, Sri Lanka too has a flourishing tourism industry with over two million tourist arrivals in 2018. In this respect, mutely-beneficial bilateral agreements in the tourism sector between the two neighbourly island nations can play an important role in driving their respective GDPs upwards

By Srimal Fernando and Mizly Nizar

Looking afresh at the neighbourlybonds between Sri Lanka and the Maldivesby foreign policymakers requires deeper analysis to reshape bilateral diplomacy to reach new heights.Thesetwo neighbouring islands in South Asia have longstanding relations with trade ties having been in place even before formal diplomatic ties were formedon 26 July 1965, the very first day that the Maldives gained independence.

The establishment of diplomatic linksof more than half a century has seen many a milestone moment on the road to a successful bilateral relationship. In this regard, the contributions of former Maldivian leaders such as Ibrahim Naseer, MaumoonGayoom and Mohamed Nasheed in solidifying this island to island relationship withstanding the changing political dynamics and the test of time cannot be forgotten.

The significant transformation to the Maldivian democratic processes witnessed in 2003 is beyond scholarly discourse. Today after 16 years the democratic dividends reaped by this island nation speak for themselves. There were,however,many ups and downs in the country’s challenging path towards the constitutional making of a new and modern democratic system.

Conventionally, the changing trends in the global arena shift the bonds of old neighbourly relations between nations. As such, with the changing political dynamics of the Maldives, Sri Lanka too had to adjust its foreign policy relations and reshape its policy objectives with its neighbouring archipelago. 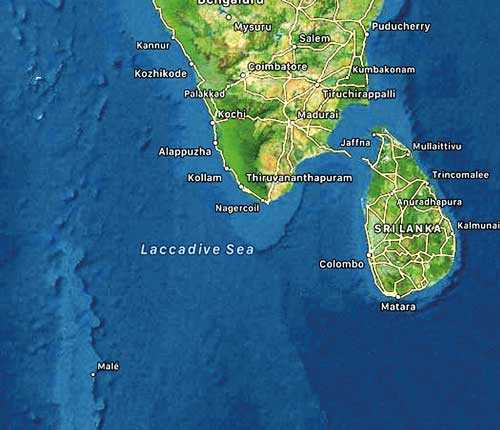 Setting the island to island relationship on a new footing was the change in the Maldivian Government on 17 November 2018, reversing the set back to the country’s democratic transition that was experienced since 2012. The alliance formed by major political parties led by Ibrahim Solih, Mohamed Gayoom and Mohamed Nasheed with other pro-democracy parties saw the common candidate Ibrahim Mohamed Solih win the presidential election obtaining 60% of the votes cast.

Since then, Sri Lanka’s strategic relations with its neighbour have been steadily getting stronger.During the pre-election period, Sri Lanka as its closest neighbour stood strongly providing the democratic space for the Maldives’ opposition members to function.

In addition to these strong political ties, economic cooperation between Sri Lanka and Maldives going back many decades has helped further strengthen neighbourly relations. When President Gayoom came into power in 1978, he brought about great economic reforms to the chain of 1,190 islands that comprise the Maldives spread across the vast Indian Ocean from HaaAlif Atoll in the North to Seenu Atoll in the South.

In the Maldives, the Decentralization Act to set out 189 island councils, 19 atoll councils and two city councils has created greater economic opportunitiesforSmall andMedium Enterprises (SMEs) to flourish. Exploring the possibilities of cooperation between Sri Lanka and Maldivianisland councils, atoll councils and city councils to boost financial ties are new areas to be explored. This previously unheard of archipelago which had only or two resorts has expanded its hospitality and tourism industry and now has over 145 island resorts with over 1.5 million high end tourists visiting these beautiful islands each year.Sri Lankan hotel chains such as John Keels and Aitken Spence joined the resort club of Maldives with the tourism boom in the past 30 years.

As with the Maldives, Sri Lanka too has a flourishing tourism industry with over two million tourist arrivals in 2018. In this respect, mutely-beneficial bilateral agreements in the tourism sector between the two neighbourly islandnations can play an important role in driving their respective GDPsupwards. In addition to tourism, the other major driver of the Maldivian economy, the fisheries sector which contributes 7% to the GDP of the island’s economy also depends on supplies from its close neighbour, Sri Lanka.Both countries being island nations sharing maritime boundaries with a distance of around 1,000 km between them, contribute a significant economic mainstay in the fish production of South Asia.

The fishing industry has been growing in both nations in the recent past. In 2016 alone Sri Lanka’s fish production had grown to 530,920 metric tons and in the Maldives it had increased to 48,399 metric tons.As maritime nations both countries need to increase cooperation in fisheries and boat building to further boost their economies.

Bilateral trade has been an important feature in the strong ties between the two island neighbours. Until the early 1970s, 65% of the Maldives imports from South Asia came from Sri Lanka. However, over the years Sri Lanka’s position as Maldives top import origin has been overtaken by other Asian nations. Nevertheless, for the Maldives, Sri Lanka has been the top export destination. A look at the trade figures indicates immense scope for increased trade cooperation between the two neighbouring islands. With the advancement in tourism and fisheries, the interdependencies between the economies of Sri Lanka and Maldives have grown in the last three decades. The supply of fruits, vegetables and preferential services from Sri Lanka to the Maldivian islands has been the solid bedrock of these growing bilateral ties. Amidst competitive regional markets, bilateral trade between Sri Lanka and Maldives has more than quadrupled since 2013 with goods worth $ 300 million been exchanged between the two countries in 2018 alone.

Maritime connectivity, economic interdependence and sharing of technical support for tourism have contributed significantly to the growing bond between the two island nations. With flourishing economic endeavours and increasing people to people contact between the two countries, there are around 8000 Sri Lankans working in the Maldives and over 15,000 Maldivians living in Sri Lanka.Sri Lanka and Maldives have stood by each other during the most challenging and testing times and for many Maldivians, Sri Lanka is their second home.Going down the corridors of the diplomatic history of SriLanka andthe Maldives, theclose friendship between the nationswas evident at a state banquet held in Male in 1981. At that time the visiting Sri Lankan Minister of Foreign Affairs, late A.C.S. Hameed said, “Maldives is Sri Lanka’s nearest and dearest and small neighbour.”

In response the Minister of Foreign Affairs of Maldives, FathullaJameel made a rather interesting comment stating that, “relations between our two nations cannot be any better and closer and these go back to the time when Sri Lanka had not tasted Maldivian fish and the Maldives had not tasted Sri Lankan tea (Verinder Grover, 2002).

These strong neighbourly ties aretherefore unbreakable. Given these historical connections, foreign policymakers from both neighbouring islands should make choices and should appropriate policy interventions to maximisethe effectiveness of theneighbourlybonds betweenSri Lankaand the Maldives.

[Srimal Fernando is a Doctoral Fellow at Jindal School of International Affairs (JSIA), India and a Global Editor of Diplomatic Society for South Africa. He won the 2018/2019 Best Journalist of the year award in South Africa. MizlyNizar is a foreign policy analyst and a former visiting lecturer at The Bandaranaike Centre for International Studies and the Open University of Sri Lanka.]