Home / Opinion and Issues/ SOEs, meritocracy mixed with idiocracy and shady people: Soup is getting spoilt? 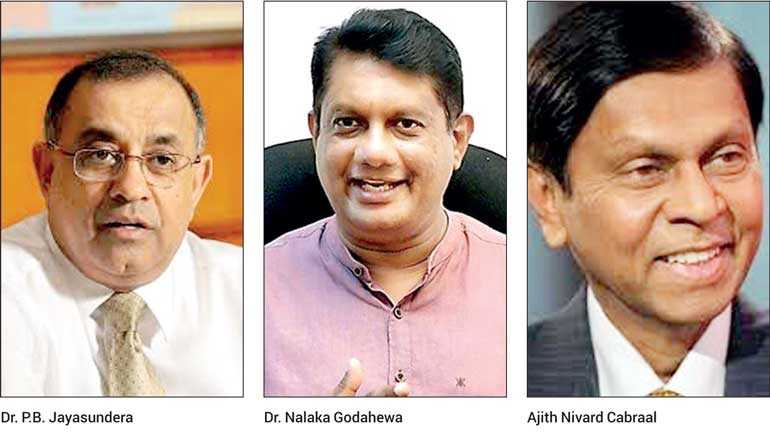 No doubt most of the State-Owned Enterprises in Sri Lanka are run worse than a wayside boutique. Public officials towing political lines have ruined them systematically over a period, they have become politicised, corrupt and a means of making politicians, public officials and few private sector deal makers rich at the cost of the taxpayers and the general public.

President Gotabaya Rajapaksa’s Government and his selection committee on State-Owned Enterprises (SOEs) within 50 days in office is cooking a soup that is going to be unpalatable sooner than later by appointing totally unwarranted persons to the SOEs slowly but steadily.

Some of the selection committee members themselves are questionable, having court cases and other allegations in the past against corruption and malpractices which have never been resolved.

Indeed, at the outset, people saw certain persons with some reputation being appointed for key intuitions who have proven track records in the private sector. This seem to be a political move to cover up to start opening the gates for people who have been clearly corrupt or have had no qualifications except political alignment to the party to be appointed for key posts.

We have seen retired Army Generals taking over institutions slowly but steadily and that was expected under Gotabaya Rajapaksa, their performance cannot be prejudged at this moment but in a world where specialisation knowledge is needed to understand the business environment for competition such appointments only look as comfort appointments for the President.

Sirisena did the same gimmick

If people have forgotten President Sirisena did the same gimmick, issuing a circular to all ministry secretaries, then the President’s Secretary informed SOE secretaries: “All appointments to SOEs should be first cleared from his office and the President has proposed to appoint a committee comprising public officials to decide on these appointments.”

It certainly did not materialise the way it should have but was just an eye wash for the people.

Entry of family and friends in slow motion until General Election

Today the big brother and small brother are slowly invading the SOEs with relatives and cronies, which is the beginning and after the General Elections in April most of these institutions will be again re-structured and then only will the real Rajapaksa behaviour come into visibility and the rest will be history.

Family and friends with conflict of interest cannot be on SOEs

The last two weeks saw immediate family members being appointed to the Airport Aviation Board and a close friend of the Rajapaksa family to the Sri Lanka Ports Authority Board.

Now some people are trying to whitewash them as they are experienced in the industry and they have the right to make policy on SOE boards. The answer is “NO”; if one is in that business directly or indirectly, they should not be on the boards of such SOEs where their business is related to as they have access to information and ability to manipulate the system.

For example, a travel company owner should not be on the Board of Airport Aviation unless they are no more in the business, nor should a shipping agent who does nearly 35% of Ports Authority vessel handling be on the Board of SLPA where sensitive information is discussed. This is very straightforward, to say the least.

Yes, they can be part of policymaking through an expert advisory group to Government and allow independent professionals to take decisions to run the SOE policies.

At the same time certain white-collar individuals who are thought to be top professionals who have manipulated institutions such as Mahapola Scholarship Fund which was exposed by the JVP in the Parliament have been taken on SOE Boards.

The Sri Lankan banking laws says that no Board member of a bank should exceed the age of 70 years. The respected Governor Dr. Indrajit Coomaraswamy left the CBSL due to this ethical reason as he could have stayed for one-and-a-half years more with his appointment, but realised it was not ethical as he was reaching 70.

What did Gotabaya’s team do? Under the probable influence of the President’s Secretary, the 78-year-old retired Prof W.D. Lakshman was appointed whereas senior Central Bankers themselves were overlooked.

Industry sources say that this unethical decision was based on a cold war between President’s Secretary P.B. Jayasundera and Prime Minister’s Advisor Nivard Cabraal. If one may remember a day before the Monetary Board meeting Cabraal summoned the media and said that interest rates should go down and the next day the decision was to hold the rates by the new Governor which is considered the directive from the powerful Secretary.

In 2012 during the Budget, the then Treasury Secretary directly intervened in the Central Bank against Cabraal by proposing a 3% devaluation of the currency, which was a first in the history of the country.

The Rajapaksas are famous for bringing artistes and sportsmen into the picture to get cheap popularity. If one may recall the 2010-2015 Government, they had nationalist MP Malani Fonseka and Geetha Kumarasinghe and gave nominations for sportsman to be lawmakers.

This has resulted in other parties following the same and making the Legislature a joke with MPs such as Ranjan Ramanayake and Upeksha Swarnamali who add no value to the Legislature for its purpose as they are not up to the mark.

With the entrance of the rapper Iraj Weeraratne to Sri Lanka Tourism, the public should not get too excited as very soon comedian Bandu Samarasinghe and Anusha Damayanthi will come to the rescue of SOEs as they supported the President’s team on the election platform.

By now the heat is coming out from the public via social media and none other than Nalaka Godahewa has now disowned, saying that the committee has nothing to do with many appointments and that they were done by someone else.

Now isn’t it time to understand the direction of the new Government even before it has a majority group in Parliament? Whilst the country is bleeding, the ‘party’ is about to start; irrespective of which Rajapaksa is in charge, family and cronies are the kings. Certainly, the soup is getting spoilt and the smell is coming out!