Removing the burden of SOEs on our people

No one seems to know precisely how many business enterprises the Government owns. Official Government figures suggest 55 businesses, but these are only those which are considered to be strategic.

The Mid-Year Fiscal Position Report 2019 issued by the Minister of Finance suggests that there are 422 State-owned enterprises (SOEs), whilst research based on data obtained under the Freedom of Information Act undertaken by a think tank found that there could be as many 527. 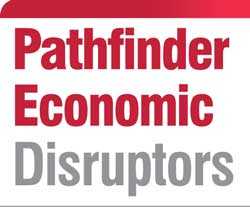 What is already published and known is that in 2018 the top 55 SOEs made a staggering loss of Rs. 27,405,000,000 (Rs.27.40 billion) and nobody knows how much the remaining SOEs cost the state and the people. Because most SOEs do not publish their annual accounts as per the statutory requirements.

A research by ‘Advocata’ has revealed that only 10.4% of SOEs provide financial information on their operations. While there is no substantial financial contribution to the state, many, if not all SOEs are overstaffed, poorly managed and underperforming. In the final analysis they have become a severe burden on the people of Sri Lanka.

Mismanagement, fraud, corruption, misappropriation of funds and negligence in SOEs have been highlighted in the recent reports of the Auditor General and COPE. During the first four months of the year 2019, losses incurred by a few key SOEs are as follows:

There are, of course, many more SOEs that have been registered under the Companies Act avoiding scrutiny by the General Treasury and therefore do not fall within the restrictions imposed by the budget. It is a well-known fact that such enterprises are great recruiting grounds for the families and friends of politicians and cronies.

Against this backdrop the Pathfinder Foundation recommends that the new Government should:

1. Instruct the General Treasury to identify each and every entity within government that falls under the category of SOEs, including those registered under the Companies Act.

3. Make it mandatory that each and every one of these businesses produces audited accounts for 2018 within six months and that these accounts are published in full for Sri Lankan public for their scrutiny.

4. Also, it is necessary that annual publication of economic and financial performance data.

6. Call in auditors to identify the quality of governance, management, the degree of internal controls, any structural deficiencies and then publish the reports for scrutiny by Sri Lankan public.

7. Non-strategic SOEs should be privatize or formed into public-private partnerships to ensure eliminate waste of scarce public resources and/or enhance contribution to the economy.

8. Remove all board members from those companies that have consistently failed to generate reasonable return on investment or reach international standards of good business.