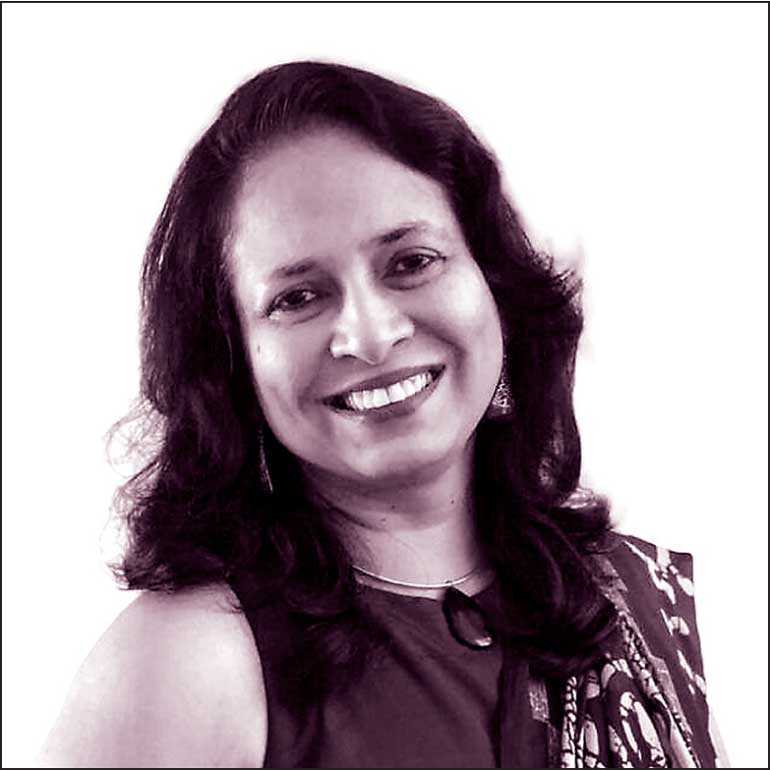 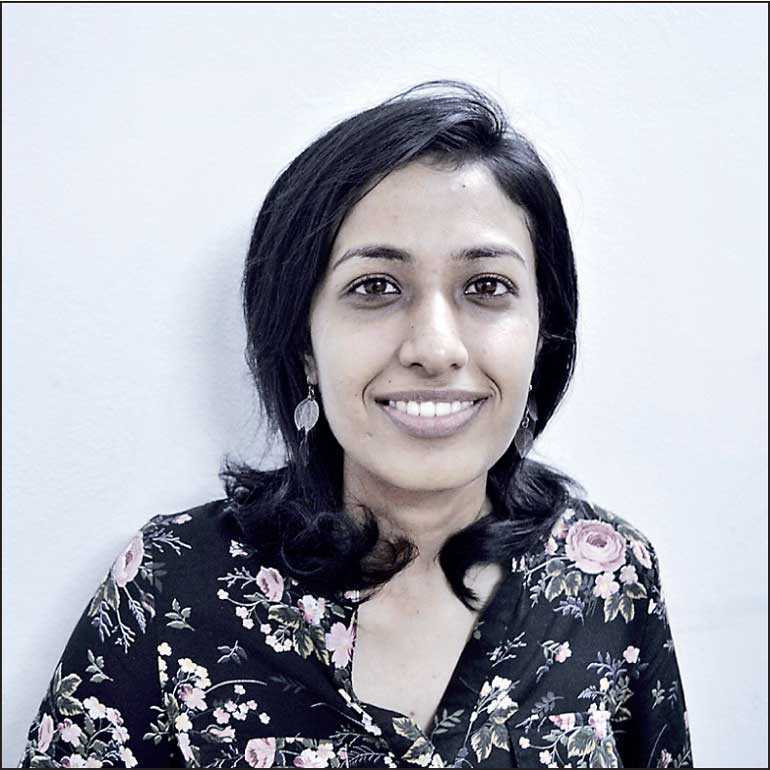 The following is an interview conducted with Center for Equality and Justice Founder and Executive Director Shyamala Gomez and its Senior Project Coordinator Ando Anthappan on incidences of sexual bribery among war-affected women in Sri Lanka:

Q: What is meant by the term ‘sexual bribery’?

Sexual bribery is when an individual who goes to a public, judicial, peace or police officer (covered under the Bribery Act No. 2 of 1965) for a public service is required to perform a sexual favour in return for the service that they are entitled to by the law.

This was unknown terminology. We first coined it following an interaction we had with a woman activist who showed us that women in the North were confronted with requests for sexual favours from public sector officials when attempting to access public services.

This was the first intimation we got that such sexual favours were proposed by different types of public officers e.g. the armed forces, police, public health inspectors and quasi judges. We wanted the terminology to be covered concurrently under both the anti-corruption framework and as a criminal offence.

Q: When was this issue brought to your attention?

In 2015. However, it was in 2016 that we started looking at it as an isolated issue and documenting case studies around it.

Q: During your research did you find that this issue was as prevalent in other Asian countries as it was in Sri Lanka?

Yes. In India for example although it has not been specifically addressed, it has been discussed under sexual offences including sexual favours under the Prevention of Corruption (Amendment) Act, 2018. Last year saw an amendment being brought into their law within the term of “undue advantage”. Addressing this issue in their law is an indication that it is an issue which is prevalent in India.

In Sri Lanka, a lack of awareness does not suggest that this phenomenon doesn’t occur. Our research was focused on sexual bribery among war-affected women. This does not however indicate that it does not happen to women in different parts of the country. Unfortunately, South Asian countries are rooted in a quid pro quo culture where women who require a public service will be prevailed upon to offer a sexual favour in exchange for the required service.

Q: What about sexual bribery within private companies?

We have come across several cases concerning microcredit where sexual favours were asked by officials in private sector companies. The Bribery Commission is currently working towards covering the private sector in the proposed amendments to the Bribery Act.

Meanwhile, there are different methods of addressing sexual bribery in the workplace, such as through codes of conduct, laws on sexual harassment, etc.

Q: What is the current level of awareness with regard to sexual bribery?

As an unfamiliar topic only one or two other organisations may have discussed it. Further, although sexual bribery is prevalent, it is not explained using the terminology of sexual bribery. Our research is focused on women affected by war. When we first introduced this topic, both the women and activists supporting them at the village level were confused by it. This is imputed to the difficulty to differentiate such offences from domestic violence, child abuse and other forms of gender-based violence. Even now, almost five years since we first started our work on this issue, the understanding and focus on it is minimal among CSOs and community women.

Q: Are there different forms of sexual bribes? What are the most prevalent types?

As elaborated above, distinguishing sexual bribery is difficult due to its complexity, subtlety and multifariousness. It is most often a progression of subtle requests, comments, a request for a phone number or suggestion. Some offenders are direct and physically aggressive. In one case, a woman was told to meet the official at his workplace in the evening, when it would be empty. When she went, the offender was intoxicated, out of uniform and immediately shut the door behind her. In his mind, her consent was shown by her agreement to come in the evening when no one else was present.

This ambiguity can leave a woman confused and submissive because of the existence of a threat. In such a situation or when she is asked to ‘come alone next time’ she is instinctively hesitant, but knows that her compliance is integral to receive the documentation, official approval or other necessity that she is in desperate need of. The power wielded by these authoritative figures ranges from denying her very valid request or even in some cases, rape.

Q: Is it difficult for a victim to understand the situation they are in until they are already halfway through the act or acts?

In our line of work we have met women affected by war and poverty who, unlike their urban and cosmopolitan parallel, might not take action because of their desperate circumstances and situations or sheltered upbringing. Some are ashamed and embarrassed by such situations, thus avoiding them completely and inevitably denying themselves the public services that they need and are entitled to. In one incident, a public official would make routine visits to the house of a woman who came to him in need and gradually gained her trust. For most women, confusion is caused by this gradual buildup of trust leading to a sudden attack. The confusion is heightened when the predator is from a similar background or community.

Q: Who are most vulnerable to this issue?

Female Heads of Households (FHH) where the women are separated, single or where the male figure is absent. A predator is generally aware of this. Although undocumented by us, this issue has to also be discussed from the perspective of the LGBTIQ community. Requesting public services is a challenge in itself for this community as same sex relations are criminalised in Sri Lanka.

Q: What has the research done by the Center for Equality and Justice revealed so far?

In addition, we have conducted 10 case studies on military widows and 10 case studies on women from the Muslim community. What cuts across the board was the fear felt by women when confronted with this problem. This is fueled by the power dynamic, helplessness and economic difficulties they face along with the fear of retaliation and the cultural stigma to be faced by themselves and their families if they do take action.

Since most of the women are either widowed, single or separated, there is a general assumption within the community to view them as enablers or initiators of such favours. The lack of a male presence also increases her vulnerability and decreases her opportunities to be a part of decision-making in the public space and economy, such as depriving her of acquiring a deed or licence to start a business, buy land, affects her civic duties and ultimately her self-worth. These women are silenced and deterred from complaining by the prejudices of community, society and the system.

Counseling or support systems to cope with the experience are limited to activists who are trying their best although they are not trained in counseling. There is also a lack of awareness and gender sensitivity when women attempt to file a complaint.

A lack of resources is another factor as well as language, such as in the North. Another major issue is the centralisation of the Bribery Commission. Even with alternative methods of access, officers need to undergo training. Other practical issues are whether women are even aware of the existence of the Bribery Commission or can connect the crime to the institution in the first place.

Another challenge is the lack of an interim solution between the time of the offence and the final decision such as the need for protection for themselves and their families. In the absence of such support, many women would see no choice but to flee to other locations or districts.

‘It doesn’t matter how much we contribute to the community. They only see us as sexual objects,’ said one of the women, reflecting the objectification, discrimination and other patriarchal values they are bound by.

Q: What is the current legal and policy framework to address sexual bribery?

But that’s not enough. The law needs to be amended. For example, the woman cannot be penalised because she gave into the bribe. So there needs to be an exception recognised in the law.

Q: What is the process at the moment?

You could file a Fundamental Rights petition under Article 11 of the Constitution or file a complaint with the Bribery Commission or the Public Service Commission. The remedies and punishment will vary depending on the individual, etc.

Q: Why do you think the public is unaware of such a crime?

Looking at the evidence here, women at the grassroots level are most vulnerable as they are the most likely to require public services compared to their privileged counterparts who would have the benefit of a support system or be economically empowered to report it. With more campaigning and advocacy, we feel we can get the message out better and create more awareness which is the first step.