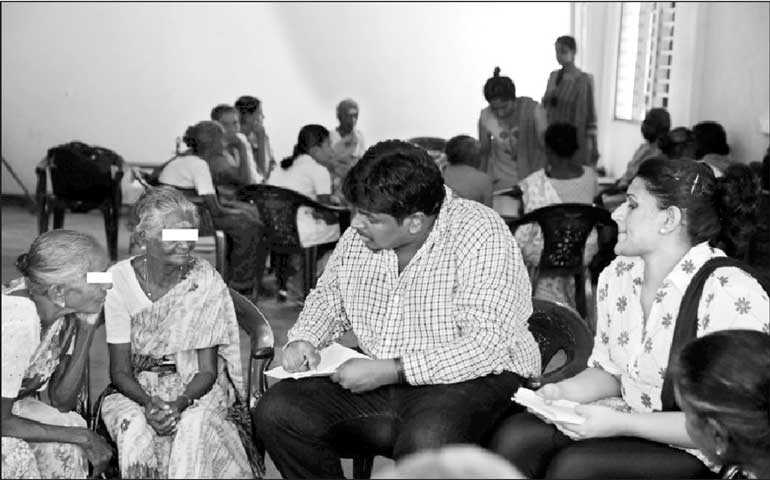 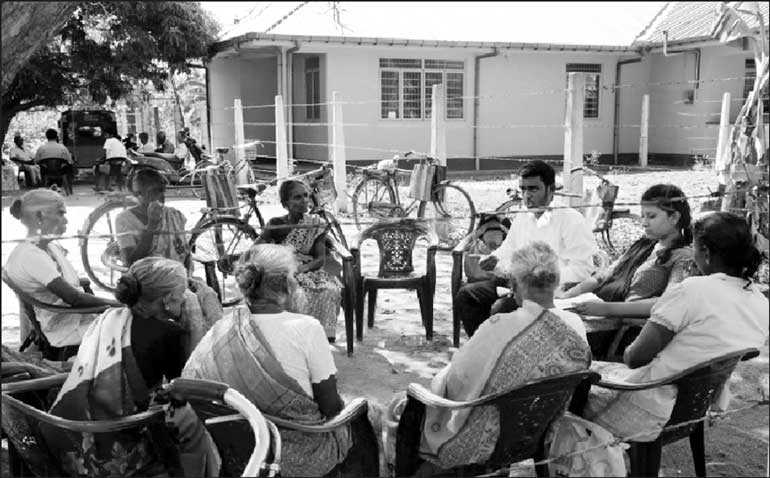 A needs assessment conducted among disadvantaged women heading households in the Kilinochchi district revealed that there is a 93% prevalence of moderate to severe depressive symptoms. Literature indicates that these women face severe socioeconomic and health outcomes. To address this problem, a mental health intervention was carried out in a village. At baseline, it was found that out of 349 disadvantaged women in the study, 56% show clinical levels of PTSD, 45% show clinical levels of depressive symptoms, and 35% show clinical levels of anxiety. Trauma based Cognitive Behaviour Therapy with components of Mindfulness Based Cognitive Behavioural Therapy (CBT and MBCT) was administered in group settings to these disadvantaged women. One month post-treatment, significant decreases were recorded in PTSD from pre to post in the treatment group. The control group did not significantly change in PTSD from pre to post-test, its pre-test PTSD did not significantly differ from the treatment group at pre-test, while it significantly did differ at post-test. Unresolved grief, financial problems, and basic needs significantly predicted change in depression. To monitor the long-term mental health of recipients, the capacity of district officers were developed. This intervention should be replicated in other post-war regions.

A needs assessment was conducted of disadvantaged women heading households in the Kilinochchi district by National Human Resource Development Council in the Ministry of Youth Affairs and Skills Development (NHRDC) in 2013.

Literature indicates that these women face a high risk for worse health, economical, and social outcomes. Consistent with that, the needs assessment found a 93% prevalence rate of moderate to severe levels of depressive symptoms among these women throughout Kilinochchi district.

To comprehensively assess mental health and to provide a treatment to the illnesses, NHRDC and Colombo Institute of Research and Psychology (CIRP) worked in collaboration through a Memorandum of Understanding (MoU).

CIRP’s psychologists devised a strategy to assess, deliver, monitor, and follow-up on the mental health of disadvantaged women in Kilinochchi and other trauma-affected regions. This strategy first consists of diagnosing the illness rates, administering the therapy and assessing the recovery rates in one pilot village (Ampal Nagar).

Based on the positive results in this pilot village, we are recommending this mental health intervention to be carried out in other areas of Kilinochchi district and other trauma affected districts.

Method of the therapeutic intervention

In the third and last stage of the project, conducted in June 2014, CIRP reassessed the mental health rates of the same women that were originally diagnosed in February and received the treatments in April to measure the amount their mental health improved, one month post-intervention.

To aid in monitoring the therapy of recipients in the long term, CIRP developed the capacity of the Karachchi Divisional Secretariat officers. This will help to reinforce the women’s long-term health.

Results of the therapeutic intervention

The results from this malleable and culturally validated therapy indicate high receptiveness and rates of success of mental illnesses. The present study has provided empirical evidence of successful therapies that reduced mental illness among disadvantaged women in a post-war region. These therapeutic interventions should be repeated in other trauma-affected villages. Policies should be devised and funding should be allocated to implement these mental health intervention programs.

Case study of a disadvantaged mother

Disadvantaged women share a common experience in Ampal Nagar village. They all experience the burden of heading their own households. This involves earning the household income, parenting the children, caring for the elderly in the household, and all other responsibilities.  Moreover, these women are the emotional and the physical caregivers of their households. However, as a result of their single and often widowed circumstances, they are at incredible disadvantage in social and economic factors that affect them in achieving these responsibilities. 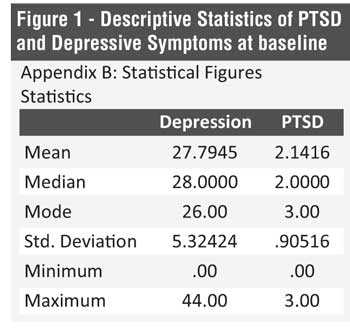 The unfortunate result of this pressure to head a household with no support or resources for women already traumatised by disaster experiences is the clinical levels of mental illness. However, these individuals also display incredible resiliency factors that have helped them survive these challenges. A story of such a woman is presented here for better understanding.

Manoramma, a mother of two daughters, is a disadvantaged women from Shanthapuram village on whom we conducted a mental health assessment. We found that she had numerous mental health illnesses that lead to abnormal behavioural outcomes such as sleep disorders, interpersonal problems, intrusive memories, anxiety, depressive feelings, suicidal thoughts, eating and mood disorders, and many more.

She claimed that she never feels happy and also she finds it very difficult to carry out her day-to-day work as she has no motivation or hope. She has tremors when she talks about her past experiences. She also claims that she keeps forgetting all the present memories although she can remember the memories of a decade or two back.

Manoramma has two daughters who were also affected by the war (one has lost one of her legs and the other has a blind eye), and a husband that died in the war. One of the daughters’ marriages has not been successful and to add to her woes, the daughter has left her child in Manoramma’s care.

She’s very concerned about her daughters as she has seen and gone through bitter experiences since the day she has lost her husband in 2001. She said that she has seen people abusing women sexually, experienced very difficult living conditions in the IDP camps, received tough treatment from authorities, and endured decades of living in grinding poverty. Because of these reasons she distrusts most officials, has no will to live, and experiences many symptoms of trauma and mental illness.

All disadvantaged women in this village share such stories. After opening themselves to our therapists, they expressed to us that they would rather scream and wail because of their difficult living and emotional conditions. 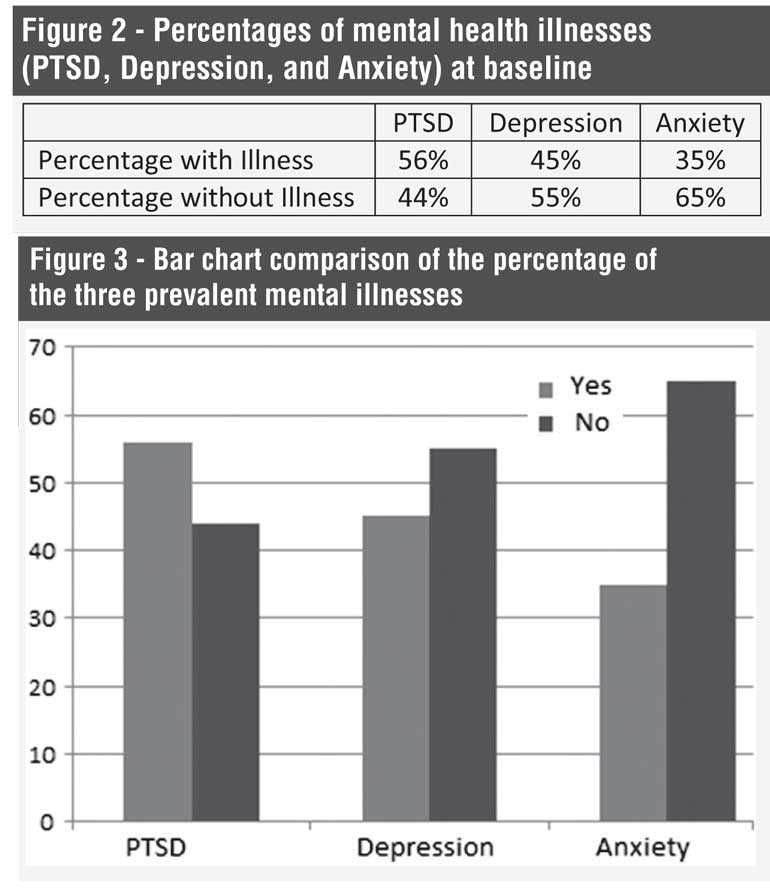