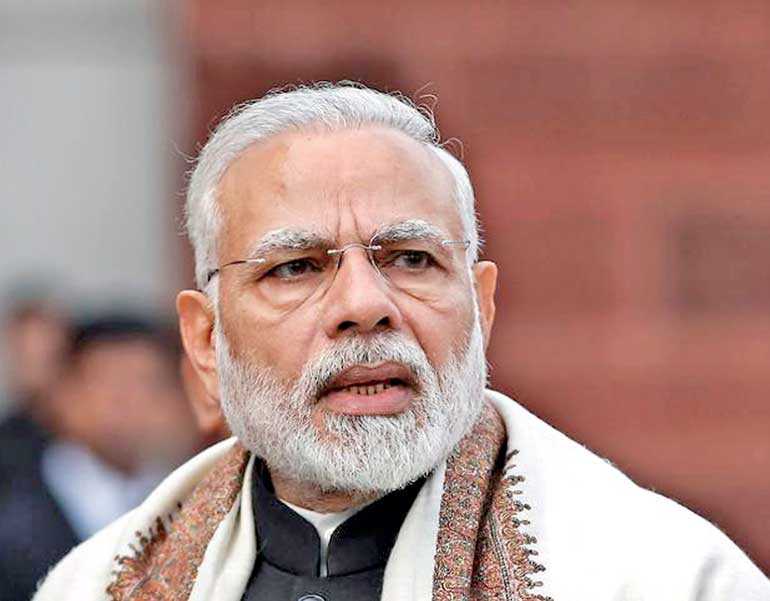 By Githma Chandrasekara and Shreya Chatterjee

With the rising power of China in the Indo-Pacific Region, the role of the US in the region is gradually declining. These changing dynamics have placed India at a crossroad, as India tries hard to hold on to its non-alignment policy by maintaining a balance between the US and China.

Especially since Narendra Modi became India’s Prime Minister in 2014, Indian foreign policy increasingly came to be shaped by the personal diplomacy of Modi, who is following a robust foreign policy by appeasing US President Donald Trump while also trying to boost investment with China through a forwarding relationship with Chinese President Xi Jinping.

Despite his efforts, India-China relations are at a stalemate, and India stands to gain more by aligning with the US through enhanced military and strategic ties to counter China’s growing influence in the Indo-Pacific region.

India has had troubled relations with China from the very start, a prominent feature being the numerous territorial disputes that have been unresolved since the 1962 war. Indian and Chinese leaders conveniently leave out territorial disputes from their summit agendas, and even after 21 rounds of talks, no resolution of disputes has been reached yet.

This is very unlikely to be resolved in the near future as well, as the disputes are too deep-rooted to be solved through bilateral meetings. Another issue that concerns India deeply is China’s Belt and Road Initiative (BRI) that is expanding rapidly in India’s backyard. India’s main opposition to the BRI is based on the China-Pakistan Economic Corridor (CPEC), which continues to intensify territorial disputes between India and Pakistan and raises India’s concerns about China-Pakistan ties. Moreover, the intrusion of Chinese infrastructure projects in the Indo-Pacific region have threatened India’s strategic influence in the region. China’s assertiveness in the Indo-Pacific region has magnified the security dilemma for both India and the US.

To counter the increasing growth of China’s power in the Indo-Pacific region, India needs to move from its traditional policy of non-alignment, to a policy of clear alignment, which in this case, implies alignment with the US. With President Trump’s tenure, India’s relations with the US has seen significant development, with the US renaming their Pacific Command as the ‘Indo-Pacific Command’. The Quadrilateral Security Dialogue led by the US, including Japan, Australia and India as its member has a covert objective of containing China’s influence in the region. However, India plays a very subdued role in the security group in order to not provoke China, which needs to change as India should commit strongly to counter China’s influence in the region. Such a stance also aligns with US’ recognition of India’s role in the region.

India has also seen an increase in military and technological ties with the US. This development should be furthered, such that India can access US intelligence on China. An increase in US naval presence in the region would help India become a ‘regional balancer’ to China’s growth. In simpler terms, it would be very clear to China that if it provokes India, it would have to deal with the US as well. This strategic alignment with the US will prove beneficial to India in a three-pronged way – it will counter China –

Pakistan proximity, keep a check on its growth in the Indo-Pacific region, and address the current nature of the security dilemma vis-a-vis China. The gap in both Sino-American relations and Sino- Indian relations provides India with the opportunity to carve its niche in terms of expanding its bilateral ties with the US. Thus, India’s primary focus should be building military, technological, strategic as well as commercial ties with the US. This will help build mutual trust between the two countries, and enhance multilateral ties with the Quad members.

Although India boasts of non-alignment as its guiding principle for foreign policy, the present situation demands India to take a strong position in order to preserve its strategic influence in the region. Due to asymmetries in power, India should not be expected to accommodate both powers on an equal footing. India’s hedging approach — both seeking to contain and engage directly with China – has the potential to jeopardise India’s relations with the US. India’s main agenda should be stepping up its engagement with the US through stronger defence, strategic and commercial ties, as well as cooperation in the Quad dialogue. India has done well in putting forward a pragmatic foreign policy in its stead, and it should continue doing so with the countries in the security dialogue, especially the US, even if that creates a gap in India-China relations. ‘Aligning with the far to balance the near’ should be India’s approach.

The writers are in the Netherlands pursuing an advanced MSc in International Relations and Diplomacy at the Leiden University.