Home / Opinion and Issues/ Go fish! But, please, do so legally

Go fish! But, please, do so legally 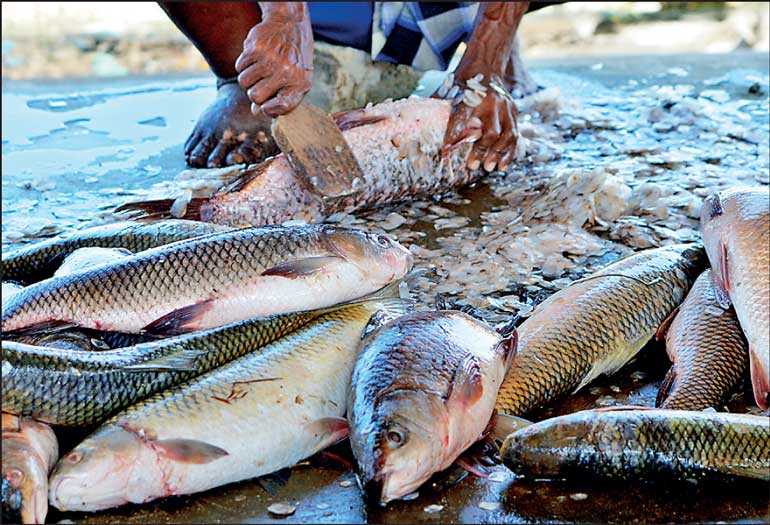 Of course IUU fishing leads to over-exploitation of fish stocks and has a devastating impact on biodiversity and habitat. But it also hits honest fishers and communities dependent upon them, right in the pocket. That includes buyers, sellers and legitimate industrial operations – Pic by Shehan Gunasekara

The people of Sri Lanka love fish and both demand and consumption of fish is on the rise. On the one hand that’s good, because fish is high in protein and low in fat and that helps to feed a hungry world while providing livelihoods for hundreds of millions of people across the Asia-Pacific region. But this increase in demand has also created opportunities for criminals to make a profit. 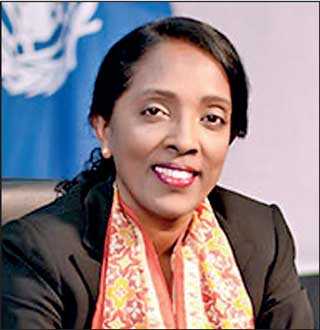 While most of the Asia-Pacific fishing fleets operate within the rules, some $ 5 billion worth of fish is caught either illegally, has not been reported or the fishing boats are operating in an unregulated environment (IUU). That’s bad news on a number of levels.

While IUU fishing is a global problem, the situation is disproportionately worse here in our region because Asia and the Pacific produce 75% of the world’s seafood, and because IUU fishers target countries with poorly developed economies and regulations and that are also home to some of the most vulnerable communities.

Of course IUU fishing leads to over-exploitation of fish stocks and has a devastating impact on biodiversity and habitat. But it also hits honest fishers and communities dependent upon them, right in the pocket. That includes buyers, sellers and legitimate industrial operations.

In fact, evidence is mounting that IUU fishing is often associated with other transnational crimes too, including the exploitation of migrant workers enduring slave-like conditions on fishing boats at sea. In short, IUU fishing is a widespread and persistent problem across the Asia-Pacific region and resolving it will require long-term and unified regional commitment.

A good day’s catch – reeling in the bad guys

The good news is that many countries have now recognised the need to take action on IUU and are doing so. Many, including Sri Lanka, have signed up to the Port State Measures Agreement (PSMA), a legally binding treaty that operates as a giant worldwide net that’s closing in around IUU fishers.

Introduced by the UN’s Food and Agriculture Organization in 2009, the PSMA was the first ever international agreement to set minimum standards for countries to prevent IUU seafood products from entering ports. Now fully enforceable, it provides a regulatory framework for countries to refuse entry of vessels suspected of participating or facilitating IUU fishing activities and allows for enforced inspection of vessels if entry is granted.

Once a fishing boat is identified as one operating in contravention of the PSMA, the information can be shared with the maritime and fishing authorities of other countries – making it that much more difficult for that particular boat and its captain to continue profiting from IUU fishing.

The PSMA is complemented by other regional initiatives that are setting seafood traceability standards so that buyers of seafood from the Asia-Pacific region can be guaranteed that the product does not come from IUU fishing practices. Such guarantees are opening international markets for Asia and Pacific products.

However, while real and rapid progress is being made in Asia and the Pacific to reduce illegal fishing there is still much to be done to eliminate misreporting or non-reporting of catch. The rapid advancement of access to telecommunications in the Asia-Pacific region has provided an infrastructure for the adoption of digital tools for reporting of catch. The immediate challenge is to empower fishers to adopt this technology downstream.

Eyes in the sky, boats on the water, boots on the ground

Upstream, the region now has seven “state-of-the-art” fisheries monitoring and surveillance centres that utilise high-tech equipment to identify vessels suspected of engaging in IUU practices. The establishment of national centres in Australia, Indonesia, Malaysia, New Zealand, Thailand and USA, in conjunction with the regional surveillance centre for the western Pacific in the Solomon Islands, has increased the capacity for cohesion and collaboration among Asia-Pacific neighbours to tackle IUU fishing.

Further developing efficient and effective monitoring and surveillance technologies, rewarding honest fishers (including small scale fishers) for accurately reporting all catch (through enhanced market access), and building capacity of port states to detect and prosecute IUU fishers are clear steps for eliminating IUU fishing. Accession by all Asia-Pacific countries to the PSMA will send a loud and clear message to those involved in, or considering, IUU fishing that we’re onto them.

Today, 5 June, is International Day for the Fight against IUU Fishing and it’s a timely reminder of the tasks at hand. There has never been a better time for the countries of the Asia-Pacific region to expand their efforts to combat Illegal, Unreported and Unregulated (IUU) fishing. That time is now.

[The writer is Assistant Director-General and Regional Representative for Asia and the Pacific, Food and Agriculture Organization of the United Nations (FAO).]