Home / Opinion and Issues/ Carl Muller – In memory of our father

Carl Muller – In memory of our father 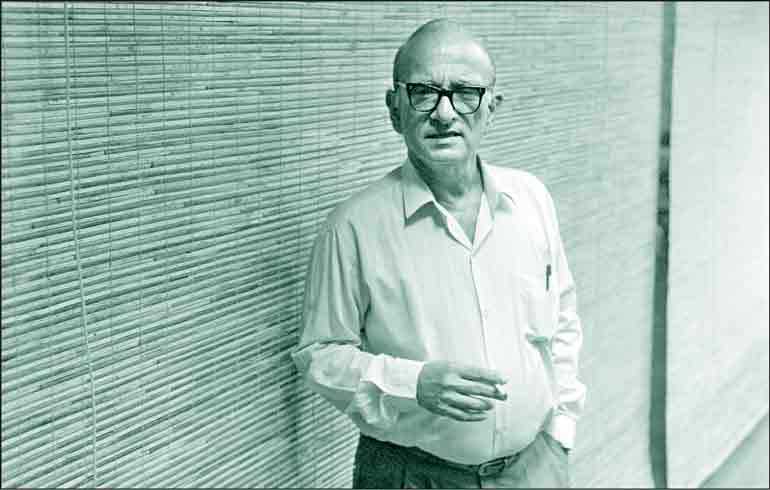 At 2 a.m. on 2 December, Carl Muller breathed his last.

He had been suffering from dementia that was getting progressively worse during his last years. He lost the ability to write, to figure out numbers, to differentiate dreams from reality. He forgot our names and he could become erratic and angry and things he could not understand, but more when he could not make himself understood.

He was cared for up until the very end by family. My mother would not send him away to a home and she stood by him and cared for him stolidly until his last breath, concern for her own health pushed away in sacrifice to Dad. Minette, my sister was there too, helping, caring and praying. Michelle, the eldest of my two sisters, lives next door and her prayers for Dada’s health and recovery were insistent.

I was not there by his side when he breathed his last, but my mother and my sister Minette were. I got the call at a few minutes past two in the morning, and I knew with a sinking heart that the call would be to tell me that my Dada was gone.

There is a painful weight on my chest as I write these words, knowing I would never see him again. It started when I saw my sister’s name on my phone screen that morning at two and it hasn’t subsided yet. It feels like a starving breath that I cannot quite catch.

My father, Carl Muller accomplished much in his life. He was a seaman, then a military man. He married young and when that marriage ended, left him, quite literally, holding the baby. He brought up his first son, Ronnie, more or less on his own.

He did not marry again until he turned 35. I remember him laughing telling us how my Mum’s parents did not know whether they were sitting or standing with how quick he married my mum. He met her in April, engaged in May and married in June. He knew he had found his bride and wasted no time tying the knot.

If Dada were with us, he and Mum would have had their 50th anniversary this coming June.

He had a temper, and could instil the fear of God into us, yet he also had such heartfelt compassion that he could calm our fears with the tenderness of his voice.

He was a musician; played the piano by ear and had a gift for being able to play anything that he heard. He had a wicked sense of humour and a rare gift of writing satire and comedy. He was prolific in his writing, words were always his friends, and he could string them together to tell stories or expound facts as he saw fit.

Carl was the kind of man that could still a room with the sound of his voice, he was well read and extremely knowledgeable and his writing eventually got him recognition as a veteran journalist, first Sri Lankan author to be internationally published, this same publication winning him the Gratiaen Award, being honoured by the State by being bestowed with the title ‘Kala Keerthi’. He also won numerous State Literary Awards which still hang proudly on the walls of our home today.

He was a serious and disciplined man, but he could never resist the opportunity to have a laugh with friends and loved ones, given half the chance.

My father was this famous person that we grew up with – well-known, respected, much talked about – but to us he was just ‘Dada’.

There is sadness, yes, but there is also relief. Just before his dementia set in, he opened himself to the possibility of redemption and accepted Christ into his life. My father’s intellect has always been his strength but had also been his adversary.

He would argue for and against a God that blessed us as a family yet also took away my younger brother Destry at a very young age many years ago. He blamed a God that took my brother away yet needed the same God to give him the assurance he would see Destry again.

It is with this assurance that we laid him to rest. He was known to say that he always wanted to go out with a bang, but later, shared with us his wish to have just his dearest and closest around him when he was finally ready to go.

It is in respect and honour of his wishes that we held his funeral with only his family and close friends around him.

It was a simple ceremony where he was finally laid to rest at the Mahaiyawa Cemetery at one o’clock in the afternoon on 2 December.

He lived 84 years and he is finally at peace. He leaves behind his wife, Sortain Muller, his eldest son, Ronnie Muller, eldest daughter, Michelle and her husband Udaya Chandra and, his second daughter Minette and her husband Derek Melder, his second son, Jeremy Muller and his wife Roshella, and his grand-children Judy, Marlon, Brandon, Shane, Angelina, Vivienne and Jessie and we will miss him dearly.

Goodbye Dada. You have gone to finally meet Destry who we said goodbye to those many years ago, and we will all meet you again someday, when our time too will come.