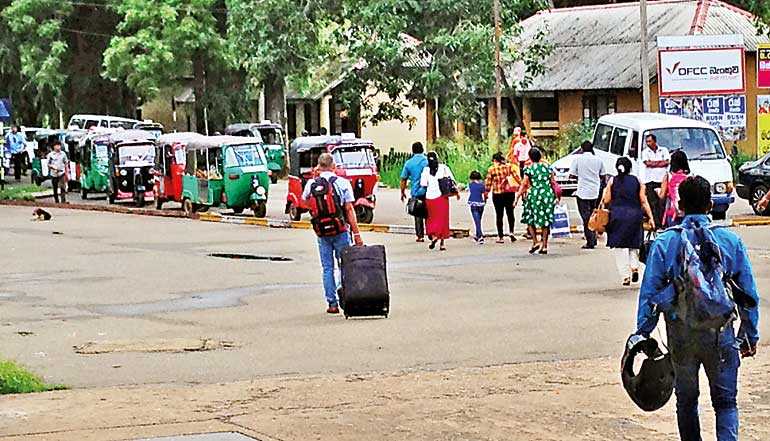 This is outside Anuradhapura Railway Station; where passengers are forced to walk some distance to their transport in torrential rain or scorching sun: the old and infants; the pregnant and the disabled.

Zaharan’s attack on Easter Sunday immediately brought in the roadblock preventing passengers reaching the station; it didn’t matter to railway security that the attacks happened more than

hundreds of kilometres away; it didn’t matter that the President, Prime Minister, Secretary Defence, Army and Police Chiefs gave security clearances months back. The easiest solution was blocking the access and to hell with passenger discomfort.

When I confronted the Station Master he nonchalantly told me it was the responsibility of railway security and he does what they advise him to do. I pointed out an old woman walking with visible difficulty and a young mother carrying an infant and asked him whether it isn’t unfair to keep blocking vehicular access; his response was ‘what can I do?’. And then I tried calling the GM Railways and none of the listed numbers answered!

Where does one find responsible, sensible and caring officials?