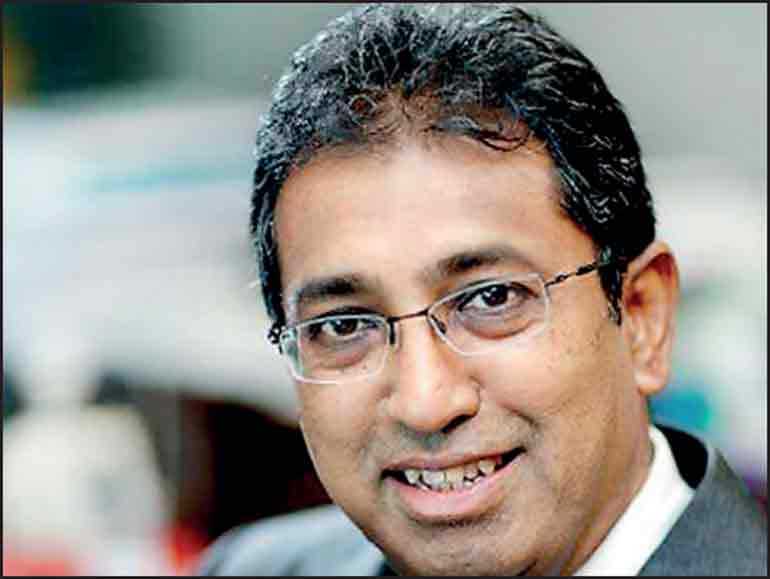 Former State Minister Harsha De Silva said that he would not contribute to the United National Party (UNP) at the forthcoming General Election unless the party took action to face the election with fresh, intelligent and capable people who could win at the polls.

He said that the UNP was defeated at the Presidential Election due to long-standing maladies that had been affecting the party. “The party failed to convince the voters that the allegations levelled against it by the Sri Lanka Podujana Peramuna (SLPP) were false,” he said.

He charged that the SLPP had given a wrong and malicious impression to the people that the UNP was a party that did not respect Buddhism and betrayed the country. He said that his party failed to convince the people that those allegations were wrong.

The former State Minister argued that party would face doom if it failed to present to the country new faces that were intelligent, capable of working and not associated with corruption. “There is no point in toiling further for the party unless the party changes,” he said.

He hinted that he would leave politics unless the party took note of the situation and made appropriate changes.

Many professionals and young people of this country had a high regard for you and held you in esteem because of your forthright and principled ideas on many issues, particularly on the economy and foreign policy.

Compared to many politicians from both sides of the divide, you maintained, I believe, a clean record. Your brainchild, the 1990 Suwa Seriya pre hospital care ambulance service, is one of the best gifts to the Sri Lankan nation, which many thought was a distant dream. You with singlehanded determination got the project implemented in record time.

Another useful and essential proposal initiated by you is the storage facilities for farmers to hold their produce in stock without allowing them to rot and decay because of the difficulty of selling in time.

However, your recent media statement concerning the future of the UNP and your intention to quit if the party doesn’t take appropriate decisions to make changes and field ‘fresh, intelligent and capable’ people who could win at the polls needs a response.

If your reference is to personalities like you, it is surprising that some who fall into the criteria you describe were not able to win their own electorates in the recently-concluded Presidential Election, including Sajith Premadasa in his own electorate. You will jump to respond by saying the party failed to counter the false propaganda professed by the SLPP.

Then the question arises, who represents the party? I believe you were one of the key officials; if I am not mistaken, you were Treasurer. Then the failure is part of your responsibility too. In an organisation like a political party, while the leader has to bear a major part of the responsibility for its success or failure, the other key persons too have to take their share of the responsibility. It is not the done thing to blame the party leader alone when it faces a major defeat.

You say that the UNP lost the Presidential Election due to ‘longstanding maladies’ that had been affecting the party. You and your colleagues who had been advocating Sajith Premadasa as presidential candidate, were in the party long enough to effect at least some changes and eliminate the so-called maladies in the party.

Countering the false propaganda of the SLPP was your responsibility too and if the party failed on this score, you are to blame as well.

You claim that the SLPP had given a wrong and malicious impression to the people that the UNP was a party that did not respect Buddhism and betrayed the country. Whilst it is true that the UNP is the only secular party in the country which gives priority status to Buddhism while giving due respect and recognition to all religions, the leader of the group that promoted Sajith Premadasa as presidential candidate, Mangala Samaraweera not once but three times declared that Sri Lanka is not a Sinhala Buddhist country which alienated the Maha Sangha and Sinhala Buddhists from the Yaha Palanaya (UNF) Government.

He went on to drop the third important element from the ‘Triple Gem’ and used a somewhat derogatory term or notion, ‘Double Gem’. Your group that promoted Sajith as candidate therefore failed miserably to correct this ‘wrong and malicious’ impression.

Another important factor that affected the party is the Easter bomb attacks. Except for one or two like you, many Ministers failed to display the empathy and share their grief. One Minister chose the event to distribute compensation payments in Negombo as a propaganda event in front of TV cameras. No one looked back on the Catholics who were affected since then.

Though the Government quickly rebuilt and restored the churches that were destroyed, it failed to win the goodwill of the Catholics. In the aftermath, the Muslims too were affected to some extent but the Government response was slow and incoherent.

Competent economists and opinion makers like you failed to counter the adverse propaganda carried out by sections of the Maha Sangha and the SLPP and the misunderstanding spread across many sections of the people on the Millennium Challenge Cooperation agreement. Now the correct picture is gradually emerging but it is too late.

It is an inescapable fact that some of you as representatives of the people distanced yourselves from the people under the guise of official commitments in the ministries and even the occasional meetings that were held were considered somewhat ‘irritable’.

It is also a known fact that some of the representatives neglected the grass root level organisation of the party in the electorate and none were geared to properly conduct the election campaign in the recent Presidential Election compared to the election in 2015, when you were in opposition.

The undermining of the leader at a time of a crucial election secretly instigated by a business magnate who duped some of the key party personalities, using his own media outfit, too played a part in this debacle.

Now the vociferous group that spearheaded the Sajith Premadasa candidacy seems to be victims of ‘withdrawal syndrome’ after the colossal defeat, including Sajith Premadasa himself. This is a bad omen for the party. It tantamount to betrayal of the loyal party supporters who toiled to carry out the somewhat ‘unenthusiastic’ campaign for presidency.

I appeal to all of you to stand as a men and regroup to fight another day.