Home / Opinion and Issues/ ‘A penny saved is a penny earned’: Helping Sri Lankan workers in South Korea to save better

‘A penny saved is a penny earned’: Helping Sri Lankan workers in South Korea to save better 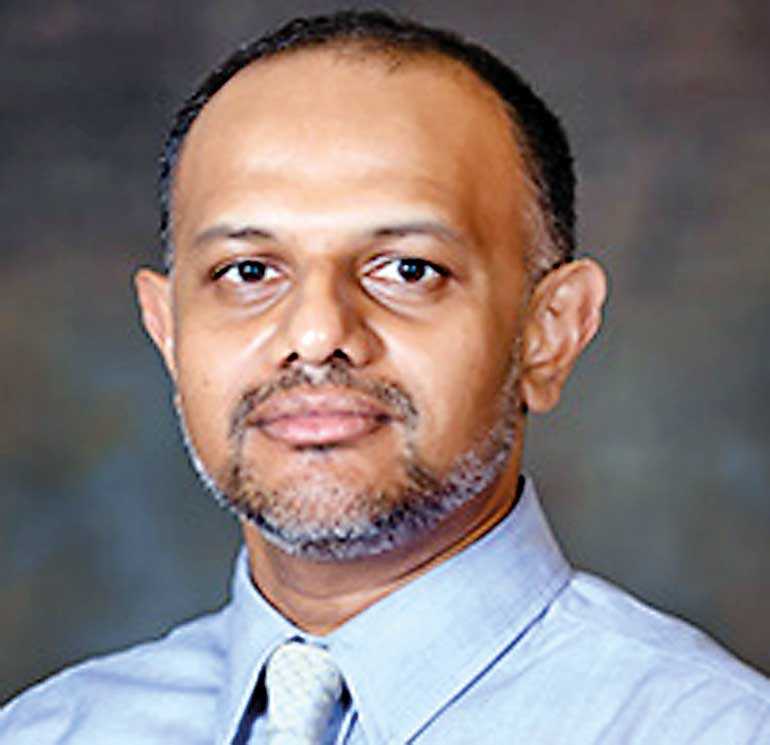 Sunil has been employed in South Korea for the last three-and-a-half years, working for a Small and Medium Enterprise (SME) manufacturing automobile parts, in the industrial town of Ansan, in the outskirts of Seoul.

He earns KRW 2.5 million or Rs. 400,000 a month with overtime and night-shift allowances – a sizeable income back in Sri Lanka. Having married a year ago, he came to Korea intending to earn as much as possible within a short time. He hopes to start a business upon his return to Sri Lanka and improve the wellbeing of his family.

Korea as a new destination for Sri Lankan migrants

Sunil is amongst 28,000 Sri Lankan youth who have migrated to Korea, temporarily, since 2014, under the Employment Permit System (EPS), to work in manufacturing, construction and fisheries sectors – dirty, difficult, and dangerous (3D) jobs in the SME sector from which most Koreans shy away. EPS allows Korean employers, who have failed to recruit native Korean workers, to legally hire an adequate number of foreign workers.

Over the last decade or so, Korea has emerged as a popular destination for labour sending countries from the Asia-Pacific region. Between 2004 and 2015, more than 540,000 individuals, from 16 countries, have worked under the EPS. In fact, the EPS has emerged to become the largest temporary foreign worker program, operating on a bilateral basis among OECD countries. 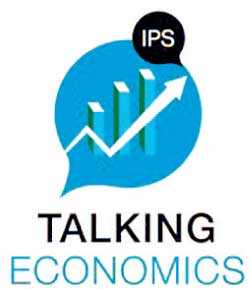 In 2017, 5,805 Sri Lankans have officially migrated to work in Korea, of which more than 95% were unskilled workers. Almost all the departures to Korea from Sri Lanka are men, given the nature of the occupations available in Korea.

Factors such as higher-incomes, low pre-departure costs, no requirements in terms of specific educational qualifications, skills or professional tests apart from proficiency in basic Korean, and the issuance of time-bound, legally-accepted working visa have encouraged Sri Lankans to seek employment in Korea. It now ranks as the sixth-largest destination for foreign employment after Qatar, Saudi Arabia, UAE, Kuwait, and Oman, and accounts for 3% of the total departures from Sri Lanka.

Expenses at the destination

Like most low-skilled migrants from Sri Lanka, Sunil manages to save up a substantial portion of his income and remits money home regularly through the bank or a mobile application, which has become popular lately due to its ease and convenience. His expenditure in Korea is low as his accommodation and food are provided by his employer. This is a general practice, though, recently the Korean Government has allowed employers to deduct up to 20% of the salaries for accommodation and food.

Moreover, the employer pays for utilities at the company dormitory and insurances, which are mandatory under the EPS. However, Sunil does have miscellaneous personal expenditures – payments for the mobile phone and phone bills, outings with friends, clothes, transport – and mandatory payments which include health insurances, pension, taxes, etc.

While he has managed to save enough to fulfil his objectives of seeking employment abroad, not all those who come to Korea can do so due to their frivolous spending behaviour, often falling victim to alcoholism and returning to Sri Lanka with little or no savings after their permitted stay in Korea. As Sunil recounted, “Korea is a good country to work in, but people should come here with an objective and should work towards meeting it, rather than engage in wasteful activities.”

Given the substantial savings remitted and mandatory payments each month – various insurances, pension, taxes – the scope to further reduce their expenditure in Korea may be limited for migrants. However, the temporary nature of migration to Korea necessitates that policymakers in both home and host countries look at ways to help migrants maximise savings during their stay abroad. The maximum permitted stay under the EPS is two separate stints of four years and 10 months each.

Financial literacy programs can have an important influence on migrants’ financial decisions and practices. Moreover, studies have shown that participation in programs aimed at improving the financial habits of migrants led to an increase savings and remittances amongst those with low savings levels prior. The introduction of financial education classes in the training programs conducted in Sri Lanka and Korea can improve migrants’ savings behaviour.

There are various social schemes in Korea, as well as in Sri Lanka, to ensure the welfare of migrant workers; for example, Casualty Insurance in Korea and the Sri Lanka Bureau of Foreign Employment (SLBFE) registration fees in Sri Lanka, which include insurance coverage. They provide similar benefits for which the migrant has to pay before their departure and after their arrival in Korea, to SLBFE and authorised insurance agent in Korea, respectively. These appear to be duplicative in their objectives and could be rationalised to ensure that the costs of migration are marginally reduced for Sri Lankan workers.

Other approaches to reduce the cost of migration at the destination include encouraging migrants to open a voluntary savings scheme, whereby a portion of their income is automatically saved at a regular interval, so that a reasonable level is accumulated by the time the migrant returns home for good.

As suggested by Sunil, “Similar to setting up a Non-Resident Foreign Currency (NRFC) account, they should open a facility whereby each month a small amount is deducted from the salary and deposited in the account, so that after a certain period of time, a sizeable amount could be guaranteed by the bank, providing an incentive for migrants to save.”

With one more year remaining on his visa, Sunil is trying to figure out what to do when he gets back to Sri Lanka to ensure that he has a steady flow of income. Having lived outside of Sri Lanka for a while, he is unaware of what opportunities are available in Sri Lanka and where to invest his hard-earned savings. He is hopeful of starting a business and providing a better future for his family.

(Janaka Wijayasiri is a Research Fellow at the Institute of Policy Studies of Sri Lanka (IPS). He also served as a Visiting Fellow at the Korea Institute of International Economic Policy (KIEP), during which time he studied the Costs of Low Skilled Migrants in South Korea. To talk to the author, email janaka@ips.lk. To view this article online and to share your comments, visit the IPS Blog ‘Talking Economics’ - http://www.ips.lk/talkingeconomics/) 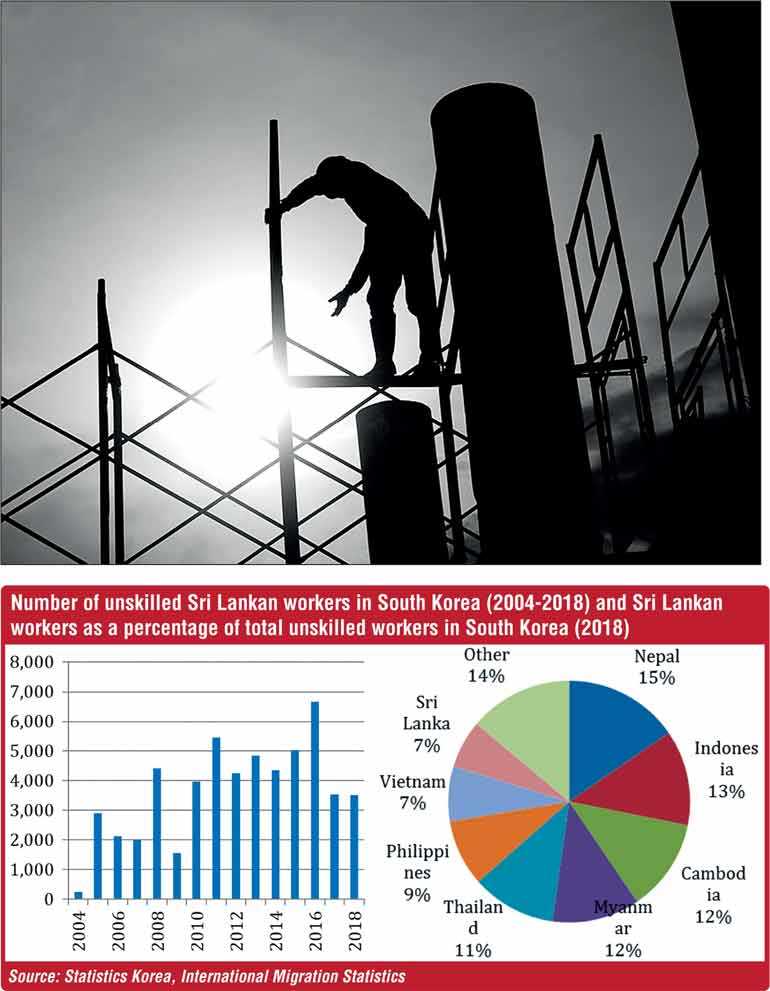