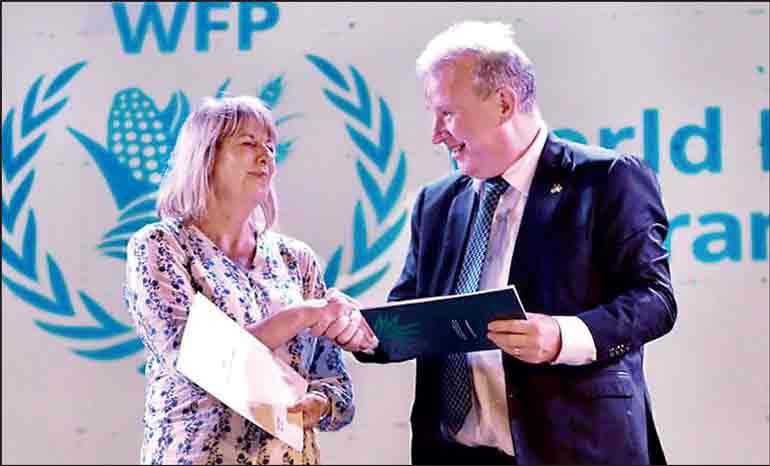 The United Nations World Food Programme (WFP) and Skills for Inclusive Growth (S4IG), an initiative of the Australian Government, have signed an agreement to work together to promote healthy diets. One of the key features is a collaboration with Supreme Chef, a popular competitive cooking TV show in Sri Lanka.

“We are excited to partner with this dynamic television program to ignite a national dialogue and create a better understanding on the importance of nutritious foods and healthy lifestyles,” said WFP Country Director in Sri Lanka Brenda Barton. “The show will be a springboard to engage policymakers, public figures, businesses and the general public, including grassroot communities, as forces for change.”

In Sri Lanka, a shocking one in two women suffers from some form of poor nutrition. The country also has one of the highest rates of acute malnutrition – in the form of wasting or thinness – in children under five years of age, and the statistics have remained largely unchanged over the last decade.

At the same time, overnutrition is rapidly rising, with 45% of women of reproductive age being overweight or obese. The popular TV show, now in its second season, will provide a platform for WFP and partners, including the Ministry of Health and Indigenous Medical Services, to embark on a social behavioural change campaign, providing much-needed information in a compelling and entertaining way.

Beginning end-April 2020, the show will have 18 episodes and will air on Sirasa TV and Shakthi TV – two of the biggest national TV networks. Alongside the TV show, WFP will roll out a multimedia campaign to reinforce nutrition and health messages amongst the public.

“S4IG and WFP are hugely excited to launch this innovative nutrition campaign through Supreme Chef which is a powerful means to influence those learning new skills on food preparation, and the public as well, via the show’s huge viewership,” said S4IG Team Leader David Ablett. “S4IG is pleased to partner on this, highlighting not only the need for positive nutrition practices, but also empowering Sri Lanka’s youth through skills development and creating inclusive employment opportunities.”

Working with the SUN Business Network (SBN), a dedicated global platform for businesses to work collectively in nutrition, WFP is also addressing the problems through prioritising workplace health and nutrition; the production of healthy and fortified foods; and communications and advocacy.