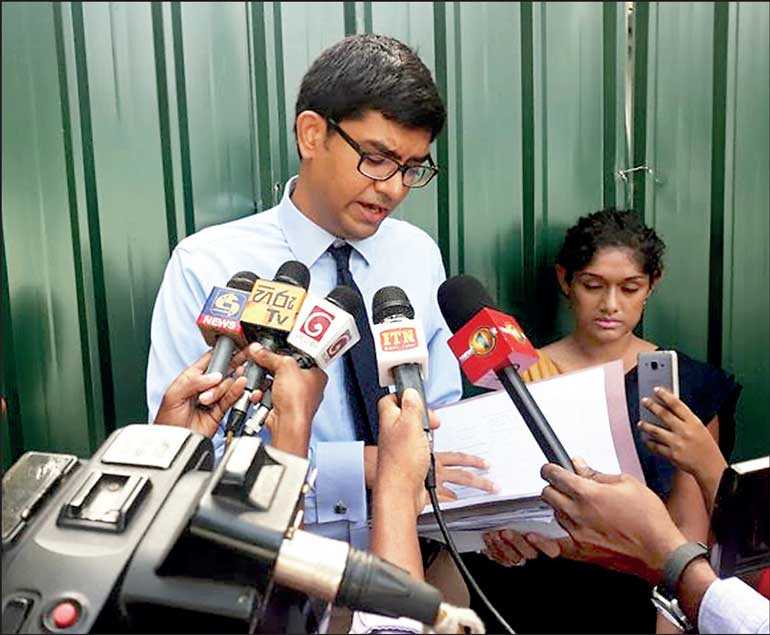 Transparency International Sri Lanka (TISL) yesterday filed a complaint with the Commission to Investigate Allegations of Bribery or Corruption (CIABOC), citing information obtained through the Right to Information Act, which shows that eight members of the Cabinet of Ministers had not submitted their Declarations of Assets & Liabilities for 2018/19, as at 20 August 2019.

Cabinet Ministers are required to submit their declarations to the Presidential Secretariat under Section 4(a) (ii) of the Declaration of Assets and Liabilities Law. However, according to the Presidential Secretariat’s response to an RTI application filed by TISL on 28 August 2019, eight Cabinet Ministers had not submitted their asset declaration as at 20 August 2019.

TISL stated that the non-declaration of assets and liabilities amounts to an offence punishable by a fine not exceeding Rs. 1000 and/or a prison term of up to one year. Speaking following the filing of the complaint, TISL Executive Director Asoka Obeyesekere said, “Whilst several members of Parliament have already gone beyond legal requirements to publicly disclose their asset declarations (available at www.tisrilanka.org/MPassets), it is important that those who have neglected their responsibility are held to account.”

Obeyesekere added, “TISL has also requested the same information from the Presidential Secretariat and the Office of the Speaker, to identify Non-Cabinet, State and Deputy Ministers and Members of Parliament who have not submitted their asset declarations, and we will be taking appropriate action when such information is received.”

As the sole entity empowered to initiate action under the Declaration of Assets and Liabilities Law, TISL requests CIABOC to exercise its powers to ensure that this complaint is investigated, and that prosecutions are undertaken where necessary.