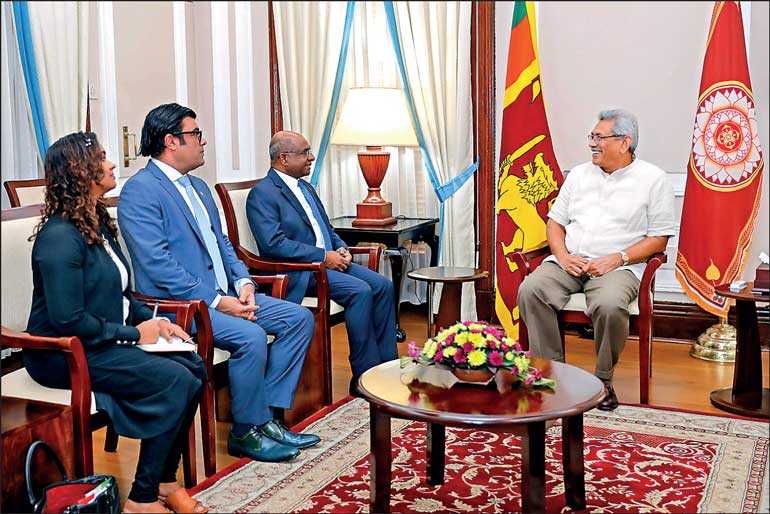 Minister Shahid extended warm greetings on his and Maldivian President Mohomad Solih’s behalf to President Rajapaksa on being elected to office.

While expressing satisfaction over the status of relations between the two nations, the Maldivian Minister stressed the need to enhance not only bilateral co-operation but also regional co-operation.

To a question posed by President Rajapaksa, the Maldivian Minister responded, “Now my country is back to normal. The political situation is stable. The ruling coalition remains strong.” He highlighted the importance of improving people-to-people relations between the two countries.

President Rajapaksa also said that both bilateral and regional co-operation must be continually strengthened. It is through such co-operation, he said, that the drug menace and radicalisation of youth could be managed to the fullest possible extent.

Turning to the subject of foreign investments, President Rajapaksa emphasised, “Sri Lanka is open to such investments not only from China, but from countries such as Japan, Australia, Singapore and South Korea as well.”

Both the Sri Lankan President and the visiting Minister agreed that the Indian Ocean must remain free and open for all nations for their economic upliftment. “It was Sri Lanka that proposed the Indian Ocean be declared as a zone of peace in early 70s,” the President added.

Ambassador of the Maldives Omar Abdul Razzak was also present.