Speaker gets stern over political impasse 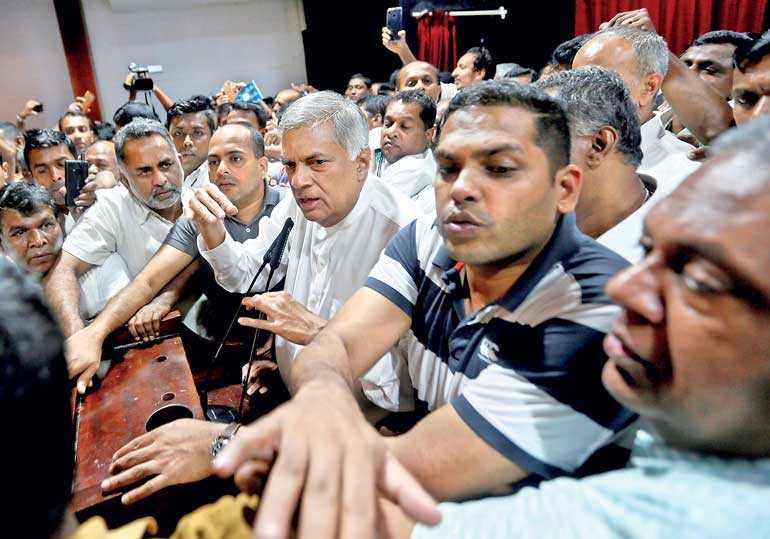 Amidst roiling political turmoil in the country, Speaker of Parliament Karu Jayasuriya yesterday urged President Maithripala Sirisena to allow Prime Minister Ranil Wickremesinghe to keep his security and privileges until another person could prove he commanded a majority in the House.

The civil but strongly-worded letter, which seemed to recognise Wickremesinghe as the country’s lawful Prime Minister, said his security and privileges should not be removed until Parliament could establish who commanded a majority in the House.

The Speaker also alluded to the fact that President Sirisena had ignored the democratic practice of consulting the Speaker of Parliament before proroguing Parliament. 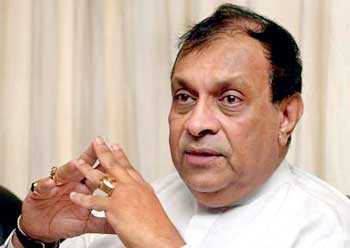 “Continuing the prorogation of Parliament until 16 November will have serious and undesirable consequences for our country, and I kindly request you to reconsider same,” the Speaker’s letter said.

On Friday, the UNP wrote to Speaker Jayasuriya saying Ranil Wickremesinghe was the lawful Prime Minister, commanding a majority in Parliament. The party urged the Speaker to ensure his security and privileges were protected as the Prime Minister who holds office under Article 42 (4) of the Constitution.

In his letter to President Sirisena, the Speaker said he believed the request was “fair and democratic”.

Speaker Jayasuriya said it was his foremost duty to ensure the security of all elected representatives of the people in these times of “political crisis”.

“It is particularly important in light of various individuals issuing threats across the media,” the Speaker said in his letter after JO MP Wimal Weerawansa told a news conference on Saturday (28) that Wickremesinghe had been given a deadline until 8.00 am. on Sunday to vacate Temple Trees or be “forced out by the public”.

The Speaker of Parliament, the country’s third citizen at a time when two men are staking a claim to the premiership, warned the President about the “gravity” and international implications of the current constitutional imbroglio, which Government ministers and political analysts have called a “constitutional coup”. His letters referred to “forcible takeovers” reported at state media institutions.

Some political analysts said the Speaker had fired the first salvo that could indicate he may be willing to summon Parliament, despite the President’s suspension of sittings.

Legal experts said there was precedent for the Speaker of Parliament to convene the 225-member legislature amidst the prorogation by President Sirisena, citing a similar decision by former Speaker Joseph Michael Perera who ruled in 2003 that the President’s power to prorogue, summon and dissolve Parliament must be done in consultation with Parliament itself.

“If confronted with such abuses of power, I rule that the majority of members should have the right to ask for Parliament to reconvene,” Speaker Perera noted in his 2003 ruling.

Political Scientist and retired University Professor Jayadeva Uyangoda told Daily FT that it was the first time in Sri Lanka’s 87 years of democratic history that partial regime change had taken place outside the constitutional process.

“This is a capture of the state by the executive branch, by extra-constitutional means. It sets a bad precedent at a time when Sri Lanka had just restored the constitutional process,” noted Prof. Uyangoda.

Other analysts were equally critical of Friday’s shocking sacking of Wickremesinghe.

Dr. Nishan De Mel, who runs the Colombo-based think-tank Verite Research, said that what was unfolding in Sri Lanka was a coup.

“Coercively taking over institutions – this is the structure of a coup. Then prorogue parliament equals a shut-down to consolidate #couplk. Will it be the first successful coup attempt in Sri Lankan history?” De Mel said on Twitter.