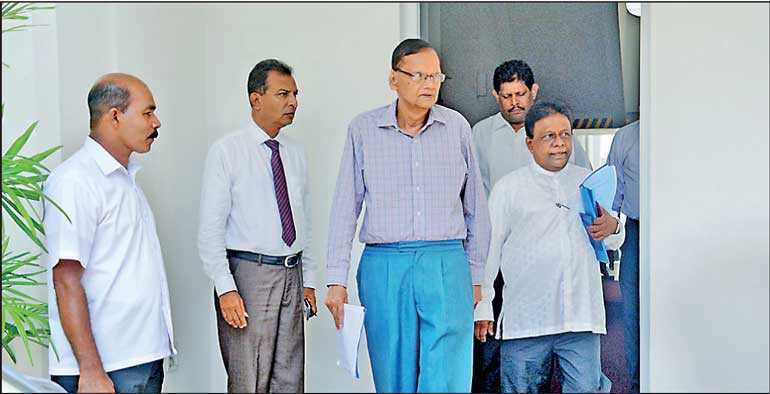 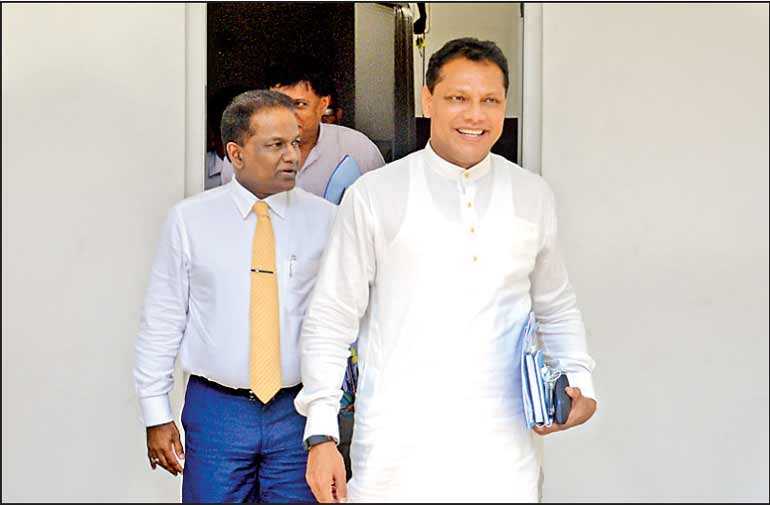 The first round of talks between the Sri Lanka Freedom Party (SLFP) and Sri Lanka Podujana Peramuna (SLPP) ended successfully yesterday, with both sides finding common ground to form a broader political alliance against the United National Party (UNP).

The discussion commenced at the Opposition Leader’s Office with the participation of representatives of both parties and a no-strings-attached approach to discussions. The discussion was held for more than one hour while agreeing to meet on 21 March for the second round of talks.

SLPP Chairman Professor G.L. Peiris, Senior Lecturer Jagath Wellawatte, and Joint Opposition (JO) National Organiser MP Dullas Alahapperuma represented the SLPP camp. Prof. Rohana Lakshman Piyadasa, MP Thilanga Sumathipala, and SLFP General Secretary MP Dayasiri Jayasekara represented the SLFP camp. After the discussion, SLFP General Secretary MP Dayasiri Jayasekara told reporters the discussion was a success, as both parties had agreed to continue the discussion further with a positive mindset. He noted they had been able to have an extended discussion to look into possibilities to form a broader alliance against the UNP Government.

Jayasekara said both parties would not focus on the upcoming election, as both parties had agreed to focus to form a broader alliance at the initial talk to defeat UNP policies that harm the essence of the nation.

He pointed out UNP’s liberal economic policies had brought negative effects to the country, insisting such policies needed to be defeated to create a better future for the next generation.

Moving on to the possibilities of contesting upcoming elections and naming a candidate for the Presidential Election, which is likely to be held at the end of this year, Jayasekara noted naming a Presidential candidate would be discussed later.

Expressing views on the possibility of defeating the UNP, Jayasekara insisted it was essential to bring both President Maithripala Sirisena and Opposition Leader Mahinda Rajapaksa together on a common platform, as that would get the most support at grassroots level. He claimed unless SLFP and SLPP found a way to bring both Sirisena and Rajapaksa to a common platform and form a strong alliance, neither SLFP nor SLPP would be able to get the majority support from the general public.

Speaking to reporters, Prof. G.L. Peiris said both parties were able to set up an agenda for further discussions to harness the maximum outcome of the discussions.

He said both parties had focused on forming policies concerning the economy, foreign affairs, agriculture, education and eradicating unemployment that both parties could agree on. He noted that broader discussions needed be carried out to find the best suitable policies to address issues such as unemployment and economic issues based on inflation and heavy debt repayments.