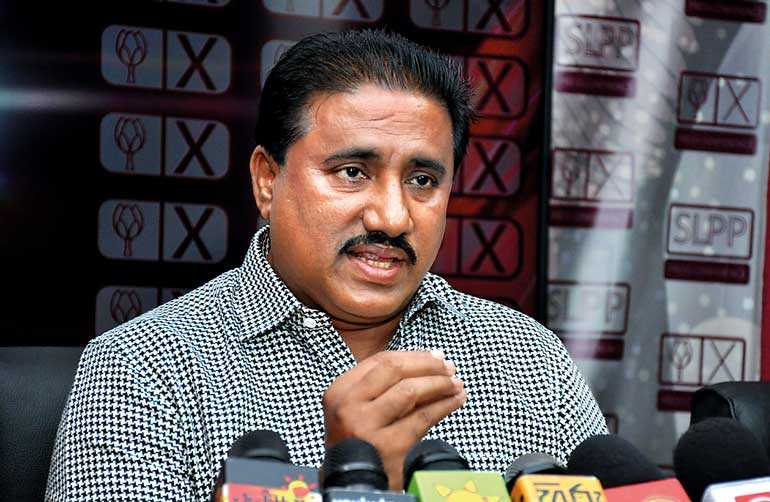 The Sri Lanka Podujana Peramuna (SLPP) yesterday said talks between President Maithripala Sirisena and Opposition Leader Mahinda Rajapaksa, likely to be held in the next two weeks, is crucial to decide the former’s role in a coalition formed between the two parties.

Speaking to media at SLPP head office, Parliamentarian Rohitha Abeygunawardena said the discussion between President Sirisena and Opposition Leader Rajapaksa will be crucial for the future of the relationship between the SLFP and SLPP as discussions might lead to a common role by the parties and its members.

“The two leaders will meet soon and they will discuss the future of the two parties. Crucial decisions will be taken during the discussion and most likely the role of President Maithripala Sirisena after the victory of our candidate will be considered. I hope the discussion will help to strengthen the understating between both leaders and that will lead to form a broader coalition between the SLFP and SLPP,” Abeygunawardena said.  Abeygunawardena said the SLPP will play a bigger role during upcoming election and they are capable of winning the election without the support of the SLFP, if necessary.  “The SLPP won the Local Government elections without the support of the SLFP and it was a landslide victory for us. That election showed we can win elections even without the support of the SLFP. Therefore, from now on the SLPP will play the bigger role during the upcoming elections.”

Abeygunawardena said they will continue discussions with the SLFP to form a broader alliance against the United National Party (UNP) to contest elections but insisted the SLPP is capable of winning without support of anyone else.

“I do not agree with statements made by certain members of the SLFP that we cannot win elections without them. However, discussions will continue between the two parties as planned before. We are expecting more SLFP members will join as the campaign progresses. Senior SLFPers had shown interest in supporting us.”

“We are not afraid of such statements but if they are going to take any action they should take action against those joined the UNP first. All grassroots level SLFP members support us and that is what matters most for us,” he said.

Decision on alliance with SLPP now with President says Dayasiri