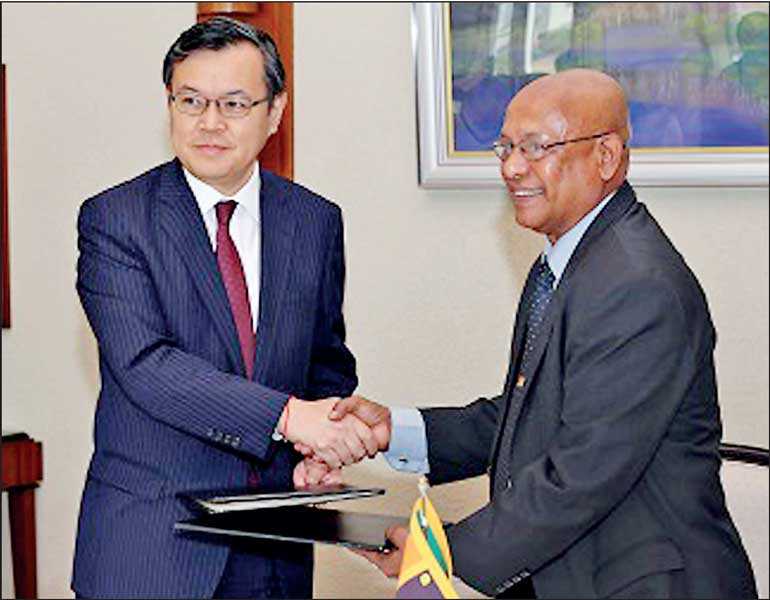 The Government of Japan has provided a total sum of $630,028 (approx. Rs. 111 million) to Delvon Assistance for Social Harmony (DASH) for humanitarian demining activities in northern Sri Lanka.

The grant contract was signed on 23 January at the Ambassador’s Residence in Colombo, between Ambassador of Japan Sugiyama Akira and DASH Program Manager Ananda Chandrasiri.

The project will contribute to the efforts of the Government of Sri Lanka in ensuring that mine-contaminated areas are safe, enabling the resettlement of the displaced people, and directly or indirectly enhancing the livelihoods of more than 350 families in the Kilinochchi, Mullaitivu and Jaffna Districts.

Japan has been a major donor in the area of mine clearance in Sri Lanka since 2003, and the only country which assists all the four demining NGOs currently operating in Sri Lanka. More than $37 million in assistance was rendered towards this cause through its Grant Assistance for Grassroots Human Security Project (GGP). By the end of 2019, DASH had cleared more than five square kilometres of landmine-contaminated land, and in the process had removed and destroyed 47,639 landmines and 55,561 items of ERW (explosive remnants of war) through the assistance from Japan.

Commenting on the provision of this grant, Chandrasiri stated, “Every Sri Lankan greatly admires the invaluable and numerous means of assistance extended by Japan to Sri Lanka during the strong friendship that has been in existence between the two countries for more than six decades, which includes Japan’s assistance as a major donor to the Sri Lankan mine action program from its inception. It is significant for DASH to note with enormous gratitude that it was Japan’s funding assistance that enabled DASH to embark on humanitarian demining in Sri Lanka as a local demining organisation in 2010, and continue its operations to date since then. The clearance of remaining landmine-contaminated areas undertaken by DASH through this Japan-funded project will contribute to the infrastructure development and re-establishment of a sustainable economy for the resettled people of those areas, with employment being extended to a large number of young and needy people living in the north, strengthening the peace and reconciliation efforts pursued by our Government.”