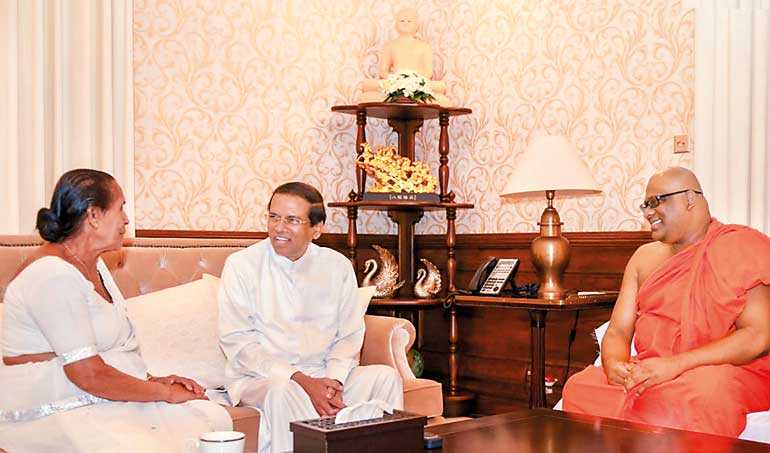 Galagoda Aththe Gnanasara Thero and his mother met President Maithripala Sirisena at the President’s official residence at Mahagama Sekara Mawatha in Colombo last week following the former’s release from the Prison. The Thero’s mother conveyed her respect and thanks to President Sirisena for releasing him from prison under a Presidential pardon. Gnanasara Thero and his mother engaged in cordial conversation with the President.