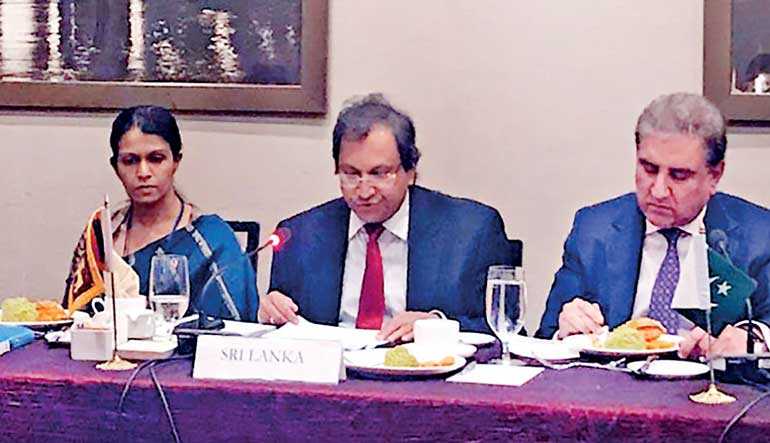 The Informal Meeting of the Council of Ministers of the South Asian Association for Regional Cooperation (SAARC) held in New York last week has approved the nomination of former Foreign Secretary and senior career diplomat Esala Weerakoon to be the 14th Secretary-General of SAARC, with effect from 1 March 2020.

Weerakoon presently serves as the Senior Additional Secretary to the President.

Addressing the meeting held on 26 September on the side-lines of the 74th Session of the United Nations General Assembly (UNGA) in New York, Foreign Secretary Aryasinha welcomed the approval of the next SAARC Secretary-General and said Sri Lanka looks forward to contributing towards the further strengthening of SAARC in a positive sprit of engagement.  The SAARC Ministers of Foreign Affairs reviewed the progress made in the past year and emphasised the importance of regional cooperation for enhanced trade, investment, connectivity, tourism, culture, security, peace, and stability.

The Foreign Secretary appreciated the Chair, Nepal Foreign Minister Pradeep Kumar Gyawali, for convening the Informal Meeting and the current Secretary General Amjad Hussain B. Sial for outlining the progress made and challenges before the Association. He thanked Sial for promoting the interests of the region during his term as Secretary-General.

Emphasising that the SAARC region is rich with the untapped potential of human and natural resources, the Foreign Secretary reiterated Sri Lanka’s commitment to regional cooperation and said engagement with SAARC remains a high priority in Sri Lanka’s foreign policy. He said greater regional cooperation in enhancing connectivity, safety, and security was paramount to sustainable growth and economic, social and cultural development in the region.

Noting that terrorism and violent extremism presents a serious threat to collective peace and security in the region, as Sri Lanka experienced recently during the recent Easter Sunday bombings, Foreign Secretary Aryasinha said South Asia has been disproportionately affected by the scourge of terrorism in recent years. He further observed that Member countries should strive to address the transnational threat of terrorism in a collective manner through the exchange of information between the law enforcement agencies and dialogue.

Sri Lanka also reiterated its commitment to the SAARC Agenda for Culture, with a view to promoting people-to-people contact and regional unity through arts. The new state-of-the-art complex for the SAARC Cultural Centre is under construction in Matara, Sri Lanka. The Government has so far provided $10.5 million for its construction. The SAARC Cultural Centre organises numerous participatory and non-participatory activities with the Member States, aimed at promoting and protecting the rich cultural heritage of South Asia while strengthening the ties among the Member States.